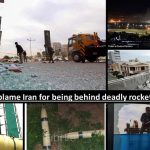 Written by Amineh Qaraee on February 19, 2021. Posted in NEWS 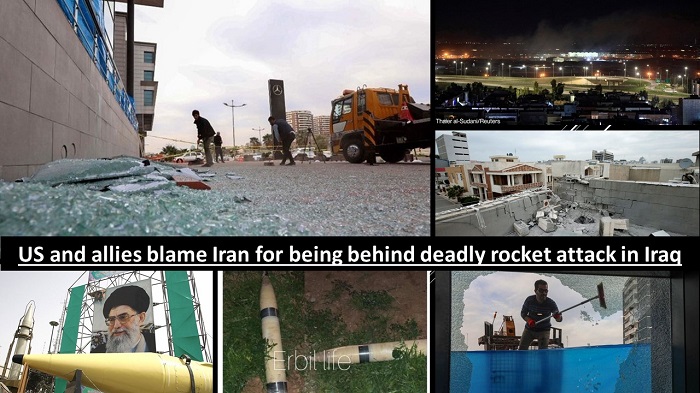 (NCRI) and (PMOI / MEK Iran): US and allies blame Iran for being behind deadly rocket attack in Iraq.

A deadly rocket attack killed at least one contractor from the US-led coalition. The attack on the airport that houses American forces near Irbil, the Iraqi Kurdish capital, also caused injury to a US service member and a number of others.

Iran was complicit in the attack

The National Council of Resistance of Iran (NCRI), and the People’s Mujahedin of Iran (PMOI / MEK Iran) reported that the United States and its Kurdish allies believe that Iran was complicit in the attack.

The Kurdish authority (that is semi-autonomous) and the US military headquarters in the region have said that following preliminary inquiries and investigations, it appears that an Iran-backed proxy militia was responsible for the attack. It has named the militia group the Popular Mobilization Forces (PMF).

WSJ EDITORIAL: The world is watching how President Biden responds to a rocket attack on U.S. forces in #Iraq.https://t.co/BaJJEgjWjj "it’s hard to believe a Shiite militia allied with #Iran isn’t behind the attack…Inaction could invite more brazen attacks..US can do something."

A senior fellow at the Middle East Institute, Randa Slim, spoke about the attack, explaining that the militia was clearly working on the orders of the Iranian regime. They said: “The decision to attack an Iraqi military base hosting American soldiers and civilian contractors with its attendant risk of killing a U.S. citizen is not a decision that can be made by an Iran-aligned Iraqi militia without prior consultation with Tehran.”

Not surprisingly, Iran has denied all involvement with the attack. This is frequently the case with the attacks carried out by its militias and proxy groups across the region. The implications of Iran’s involvement are seriously considering the new US administration and its willingness to reopen negotiations with Iran following a few tense years with the Trump administration. 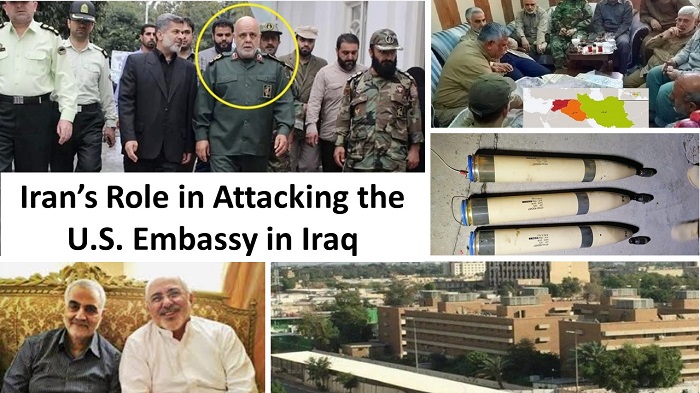 (NCRI) and (PMOI / MEK Iran): The U.S. State Department recently announced that “Masjedi has helped direct a variety of IRGC-QF activities in Iraq for many years, including training and providing support for Iraqi militia groups and facilitating large-scale financial transactions involving the IRGC-QF.

A spokesperson for the Iranian Ministry of Foreign Affairs Saeed Khatibzadeh said that Iran “strongly” rejects the “rumors” and the “suspicious attempts” to implicate the country in the attack. The spokesperson said that Iran sees security and stability in Iran as “a key issue for the region and its neighbors” and that it “rejects any action that disturbs peace and order in this country”.

US Secretary of State Antony Blinken spoke out about the attack late on Monday. He said that he has been in contact with the Kurdistan Regional Government Prime Minister Masrour Barzani to discuss the attack. Blinken also said that the United States promises to give support with regards to “all efforts to investigate and hold accountable those responsible”.

The Secretary of Defense Lloyd Austin spoke to his counterpart in Iraq the following morning, offering his condemnation of the rocket attack. He told his counterpart that the people of Iraq deserve security and stability and that the United States is aiding its partners in Iraq to defend Iraqi sovereignty.

It was the most deadly attack to hit U.S.-led forces for almost a year in Iraq, where tensions have escalated between U.S. forces, their Iraqi and Kurdish allies on one side and Iran-aligned militias on the other – Reuters https://t.co/9v2UVgMW5w

There are rumors that Iran may be planning further attacks

There are rumors that Iran may be planning further attacks on US embassies in Africa as a way of retaliating against the Trump administration’s killing of General Qassem Soleimani – the notorious leader of the Islamic Revolutionary Guard Corps (IRGC) Quds Force.

However, the talks with Biden are something that the regime is pinning many hopes on. It wants crippling economic sanctions to be lifted, or at least eased. Yet, if it continues with the same belligerent actions, surely the Biden administration will refuse any sort of appeasement.

Significant attack with #FoxNews reporting there were 14 rocket rounds fired tonight in #Erbil. To put this into context, in a similar incident in September, there were six rockets launched near Erbil International Airport. #Iraq #Iran https://t.co/1JiaeuQFCz