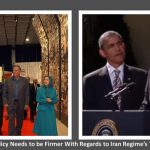 Written by Amineh Qaraee on February 9, 2021. Posted in NEWS 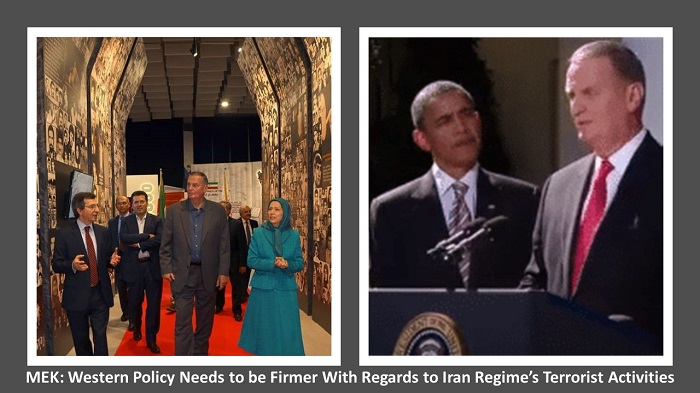 The Belgian court that tried Iranian diplomat terrorist Assadollah Assadi and three accomplices with a terrorist plot targeting the Iranian regime’s main political opposition was returned last week. It announced that Assadi would be given the maximum sentence demanded by prosecutors – a 20-year prison sentence.

The main opposition to the Iranian regime – the National Council of Resistance of Iran (NCRI) – held an online conference last week discussing the case and the course of action that should be taken by Western governments. The NCRI called for firm action to be taken given that the Iranian regime’s implication in the plot was established. 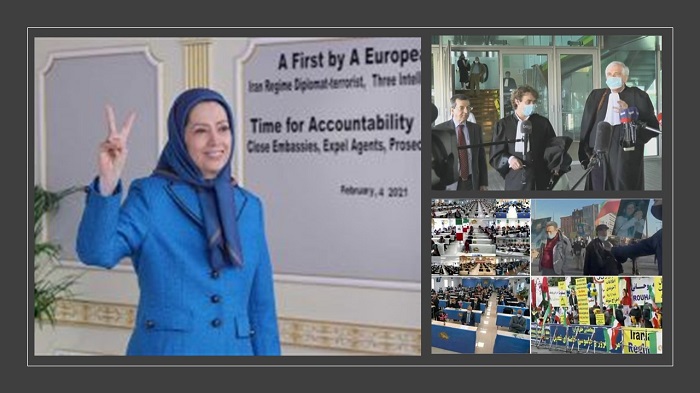 (NCRI) and (PMOI / MEK Iran): A First by a European Court, Conviction of Iran Regime Diplomat-Terrorist, And 3 Intelligence Agents.

General James Jones, the former National Security Advisor to former U.S. President Barack Obama, spoke at the event, emphasizing the need for firmer policies towards the regime to be adopted. He said that now the judicial process has ended and the regime’s involvement with state terrorism has been proven, “it’s now time to end our conciliatory approach wherever it exists towards this regime and adopt a much firmer policy.”

Ex US NSA Gen. James Jones: It is time to end our conciliatory approach toward #Iran regime & adopt a much firmer policy. This is a regime that is taking its last breaths. We should stand with #Iran people in their desire for change.#EUTime4FirmIranPolicyhttps://t.co/pmkrZEyXS3

Speaking about the facts of the case, General Jones pointed out that the defense of Assadi was “ridiculous” because nothing was addressed. Rather it pushed for diplomatic immunity and claimed that the explosives were “nothing more than firecrackers designed to make loud noises”, claiming that no lives were in danger. He also pointed out that President Hassan Rouhani, Supreme Leader Ali Khamenei, the Ministry of Intelligence and Security (MOIS), and the Ministry of Foreign Affairs were all involved with or aware of the plot.

General Jones also emphasized the gravity of the plot, highlighting that there could have been hundreds of casualties or fatalities had European authorities not foiled the plot.

(NCRI) and (PMOI / MEK Iran): Western Gov must prevent the regime from exploiting their legal, diplomatic, banking, technological resources, and democratic conditions to advance terrorist objectives. the EU needs to rethink its relations with Iran.

Decades of acts of terrorism

The regime, he continued, has been engaged in acts of terrorism for more than four decades and the evidence of the role of senior regime officials is “overwhelming”.

The trial also puts “an end to the false narrative that these acts of terrorism were the work of the hardliners or rogue elements within the regime and not officially sanctioned by regime authorities”.

The involvement of all levels of leadership in the regime is clear, he said, including that of Foreign Affairs Minister Javad Zarif.

(NCRI) and (PMOI / MEK Iran): The regime, has been engaged in acts of terrorism for more than four decades and the evidence of the role of senior regime officials is “overwhelming”.

General Jones advised Western leaders and policymakers to end its conciliatory approach and adopt a much firmer policy. This, he said, will inspire the people of Iran to rise up once again so they can achieve their dreams of seeing the regime be replaced.

He said that European governments and the US should “strongly condemn the regime for this act of terrorism” and stop resorting to “business as usual”. The false hopes that the regime will change have been well and truly dashed. Practically, this should involve the closure of the regime’s embassies and the withdrawal of ambassadors from Tehran. Diplomatic relations should be downgraded and foreign minister Zarif should be held accountable for his role.

(NCRI) and (PMOI / MEK Iran): The involvement of all levels of leadership in the regime is clear, including that of Foreign Affairs Minister Javad Zarif.