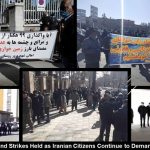 Written by Mohsen Aboutalebi on January 30, 2021. Posted in NEWS 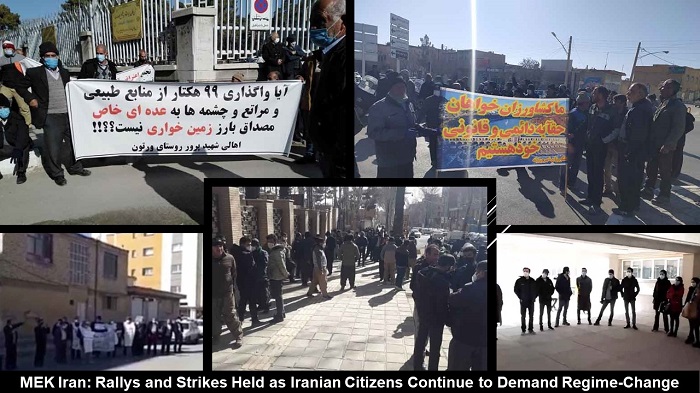 On 27 January Iranian citizens took a stand against the regime, holding at least five rallies and strikes in provinces across the nation. Stockholders and farmers rallied in protest of the regime’s corrupt policies and inept economical administration. Officials have reacted with disregard towards the impact their decisions have made on the citizens of Iran.

Hail to the oppressed farmers of Isfahan, Hormozgan, and Charmahal and Bakhtiari who rose up against the clerical regime’s inhuman policies with chants of “We, oppressed people, are deprived of our share of water.” #IranProtests

The President-elect of the National Council of Resistance of Iran (NCRI), Mrs. Maryam Rajavi, praised the oppressed from different provinces of Iran who protested their rights to water. She tweeted, “Hail to the oppressed farmers of Isfahan, Hormozgan, and Charmahal and Bakhtiari who rose up against the clerical regime’s inhuman policies with chants of “We, oppressed people, are deprived of our share of water.”

In Tehran shareholders of the Tehran Stock Market held a rally on 18 January in front of the Securities and Exchange Organization. In the last week, there has been a sharp decrease in stock value, which has caused the loss of the shareholder’s investments and savings.

The shareholders protested that officials must return their floundered investments. They chanted such slogans as “Death to [President Hassan] Rouhani,” “Death to the economic criminal,” and “You have stolen our money and are boasting with it.” They further pulled down the Bourse’s flag and trampled on it.

This move was a symbol of the government’s betrayal in inviting the shareholders to invest in the Bourse. In 2009, the regime’s top officials, including Supreme Leader Ali Khamenei and President Rouhani encouraged the shareholders that it was a safe and smart investment.

“A bourse is a safe place for investment…we would like to aid and lead the people through a reliable path,” Rouhani was quoted on the state-run Tabnak publication.

This investment has contributed to the economic ruin of the many stakeholders and yet now the officials will not take any responsibility for their deceitful actions. 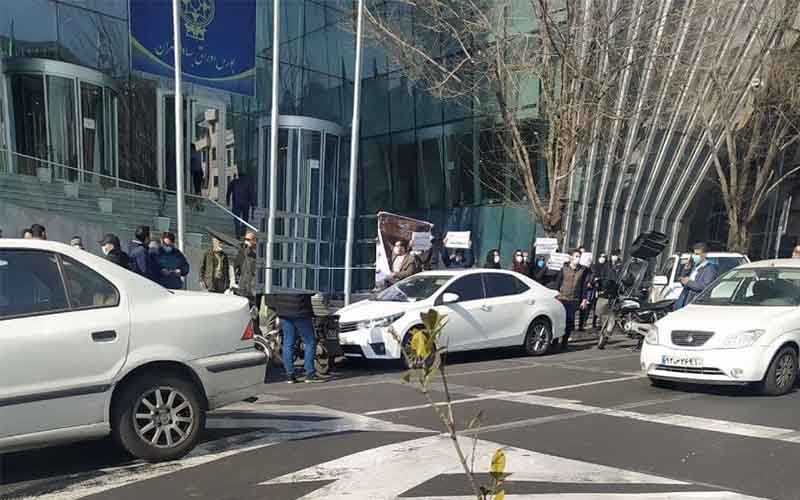 The  People’s Mojahedin Organization of Iran (PMOI / MEK Iran) networks inside Iran from across several provinces of Iran, reported that the farmers have rallied for their right to basic necessities, such as permanent access to water which they are continuously deprived of.

Farmers from the Varzaneh district held a rally and march, directing their chants to the government-affiliated individuals who are profiting off of their lack of water. They stated “Shame on you and let go of our water” and “Each farmer who remains silent has betrayed the nation.”

In Chaharmahal and Bakhtiari province, farmers have also rallied together in the outcry against the water shortage. Some of the protestors even dawned Kafan’s, traditional cloth garments used to dress corpses, to demonstrate that they will continue their efforts until the end.

“The Canal has been full of water… The people of Chaharmahal and Bakhtiari are thirsty despite living beside the Zayandehroud River,” Described one protestor.

In Isfahan province, citizens of Varton Village held a rally protesting official’s ruling to allocate the village’s leadership to government-affiliated individuals under the guise of tourism.

One banner made by the protestors read “Protesting rally of deprived locals of Varton about raiding and annihilating of natural resources, postures, and fountains under the excuse of tourism and mine by some special figures.”

The protesters also asked, “Isn’t the allocation of 99 hectares of natural resources, postures, and fountains to several special individuals a clear land grabbing?” 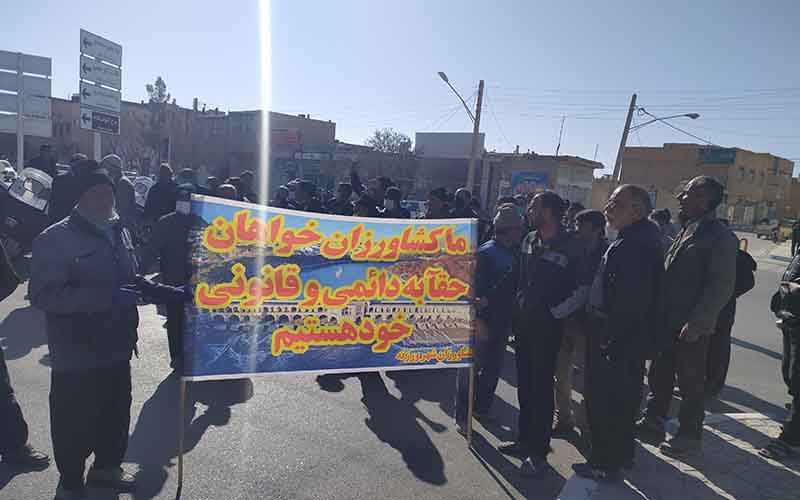 (NCRI) and (PMOI / MEK Iran): Farmers of Varzaneh Protest for Their Right to Water—Iranians continue protests on January 27, 2020.

The conditions have become so dire that even school students have rallied in the suburb of Borujerd city to protest their lack of internet access. There are approximately 1,200 people residing in the village, which is located within 15km of the province’s second major city, Borujerd city. Students described how they have to ‘climb hills’ to join online classrooms and do their homework. Officials have not taken any action to improve the internet speed and stability for the school students.