Written by Mohsen Aboutalebi on January 28, 2021. Posted in NEWS

(NCRI) and (PMOI / MEK Iran): 12 Months Has Passed Since the Massive Uprising.

The first month of 2021 has yet to come to an end and already the Iranian media outlets are exposing the failings of the government’s executive planning. ‘Reformist’ publications have been warning officials over the unstable and volatile state in area areas of Iranian society, from social to economic issues.

The growing support for the pro-democratic Iranian resistance groups, the National Council of Resistance of Iran (NCRI) and the People’s Mojahedin of Iran (PMOI / MEK Iran) is a topic of great concern in the media. The Iranian regime fears that the popularity of the resistance movement means the impending end of their theocratic order is certain.

The Iranian publication, Mardom Salari Daily wrote “[Hardliners] have also forgotten that the MEK revealed the nuclear issue and made a political turmoil in the international level, which contributed to the United Nations Security Council’s consecutive resolutions. 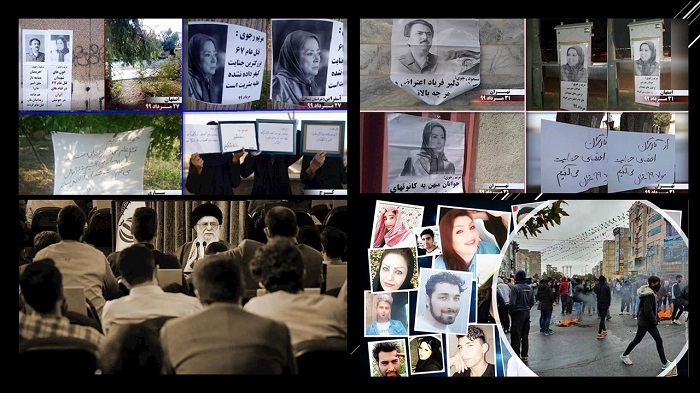 (NCRI) and (PMOI / MEK Iran): The MEK Resistance Units are Leading the Fight Against the Corrupt Iranian Regime.

The revelation of the nuclear issue

Even on February 23, 2006, then-U.S. President [George W. Bush] confirmed that ‘the MEK published details about Natanz [nuclear facilities] and Arak [heavy water facility],’ which caused sensitivity. Then the International Atomic Energy Agency was involved, and we faced consecutive resolutions of the Board of Governors.”

Mardom Salari Daily continued “[Hardliners] have seemingly forgotten that all of the state’s problems began with the MEK’s activities. One of MEK’s high-ranking officials held several events in the U.S. and accused the state of producing nuclear weapons. Also, on June 14, 1991, AP reported, ‘[Chair of NCRI’s Foreign Commission] Mohammad Mohaddessin says that Iran attempts to produce nuclear weapons.’ And on June 26, 1991, the Washington Post wrote, ‘The MEK says that Iran is determined to proliferate nuclear weapons.”

(NCRI) and (PMOI / MEK Iran): Alireza Jafarzadeh during an NCRI press conference in Washington on 27 April 2017. During this conference, Jafarzadeh based on first-hand information exposed the continuation of the Iranian regime’s nuclear activities despite the nuclear agreement by the IRGC affiliated officials in SPND.

Corruption of the mullah regime

The publication further pointed out the clear flaws in the 2021-2022 budget bill. Iran’s economy has been destroyed by the systematic corruption of the regime, causing an endless cycle of recession and inflation.

Mardom Salari Daily wrote: “In such circumstances, the [Rouhani] administration has to borrow from the Central Bank of Iran (CBI) or in the case of urgency, it should receive a loan from the National Development Fund based on Supreme Leader’s permission,”

The publication continued “These foreign exchange resources and banknotes printed by the CBI will raise liquidity and inflation in society. As a result, this condition will negatively affect the people’s livelihood, national economy, and Gross Domestic Product (GDP). An increase will also follow it in unemployment and devaluation of investments.”

Another notable Iranian publication, Eqtesad-e Saramad, highlighted the ruin of Iran’s stock market. Recently, Tehran Stock Market shareholders held rallies in front of the Bourse Organization and Economic Ministry in protest of the government’s 800 percent growth in tax revenue and the plummet of their investments.

Eqtesad-e Saramad wrote, “This question remains, given that the government received huge taxes when investors had rushed to the bourse, nowadays, how much would the administration be accountable for the dire conditions of the stock market and creditors?”

90 percent of Iranian live under the poverty line

The MEK’s official website revealed that around 90 percent of Iranian working families are living in destitute conditions. “Regarding workers’ current incomes, which is lower than the poverty line by three times, and rampant high prices, many people can no longer purchase their critical necessities,” the website stated.