Written by Amineh Qaraee on January 25, 2021. Posted in NEWS

(PMOI / MEK Iran), and (NCRI): The people queue up to buy bread, while the government raises the price of bread. Bread has become the main food for a large portion of the society in Iran, as a result of poverty due to government corruption and dedicating the nation’s resources to fund terrorism and the development of nuclear weapons.

The  People’s Mojahedin Organization of Iran (PMOI / MEK Iran), and the National Council of Resistance of Iran (NCRI) revealed that the price of bread and eggs have increased substantially despite officials’ claims.

Vatan-e Emrouz recently acknowledged that egg prices have increased so much that the price of a carton of 30 eggs is now 550,000 rials while a single egg is being sold from 17,000 to 20,000 rials.

The Kayhan daily reported that even though no permission had been given to increase the price of bread, many bakeries were selling a loaf for 8,500 rials. Taftoon bread was being sold for 10,000 to 20,000 rials and Sangak bread for 25,000 to 30,000 rials.

Bread is considered to be a necessity but 60 million Iranians are allegedly living below the poverty line which makes buying bread difficult. 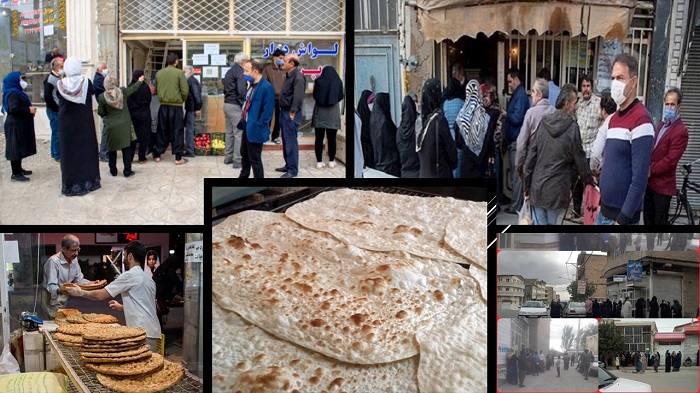 Chief of the Traditional Bakers Association, Bizhan Nowruz Moghaddam, was interviewed by the Fars news agency, which has strong links with the Islamic Revolutionary Guard Corps (IRGC). He justified the price rises by saying that at the moment private bakeries receive partly subsidized flour, which encouraged them to not adhere to the approved price. Moghaddam also said that prices that were publicized in September 2019 did not include the bakers’ expenses which are constantly increasing due to inflation. 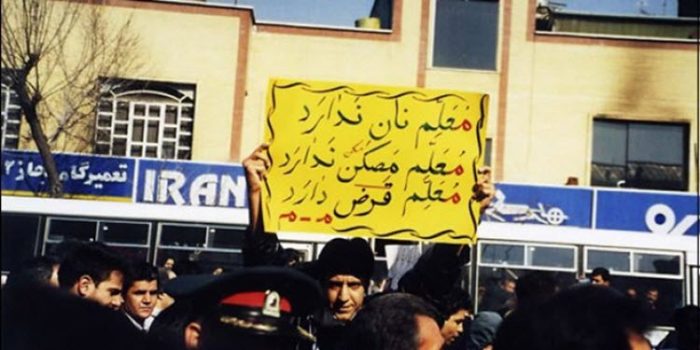 (PMOI / MEK Iran), and (NCRI): The sign held by a teacher during Teachers’ protest in Iran: “Teacher has no bread, has no home, but has debts”

A surplus of egg production has been reported in the country but egg prices have increased considerably in the last few months, even though uninformed officials said the prices were declining.

In fact, the Mashreq website has reported a massive increase in egg prices, especially in the last month. Despite promises made by officials about lowering prices, no changes have taken place yet.

(NCRI) and (PMOI / MEK Iran) revealed that the country produces around 5 million tons of eggs per year. Last week, in a press conference, the Spokesperson for Agriculture Ministry, Mohammad Mehdi Boroumand, stated that more than a million tons of eggs are produced annually and this total number is on the rise.

Eggs are often known as the pauper’s meal among many Iranian families as no one can afford to pay the price for protein products such as red meat, chicken meat, and dairy items which have been continually on the rise.

While ordinary Iranians cannot afford to buy eggs the government exports them to nearby countries such as Iraq and Afghanistan.

The high price and shortages of essential goods are directly related to mismanagement by the regime officials who have no idea how to provide eggs and other essential goods at prices people are able to afford.

Instead, the government kept essential chicken feed stockpiling in ports so that poultry farmers had to destroy chicks due to lack of feed and put up the price of eggs to compensate for falling income.

It is becoming increasingly clear that Iranian officials deliberately want to starve the people as another way of punishing them for not wholeheartedly supporting the regime and its outdated politics. 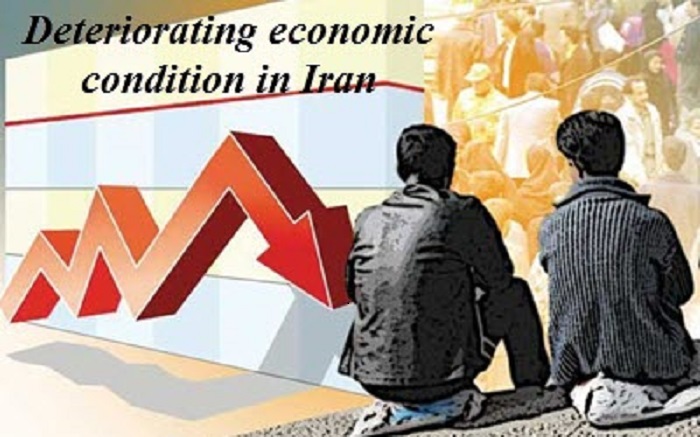 (PMOI / MEK Iran), and (NCRI): The report of earnings and costs of urban and rural families in Iran are so glaringly false that even the state-run media has had difficulty presenting that.