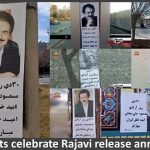 Written by Amineh Qaraee on January 21, 2021. Posted in NEWS 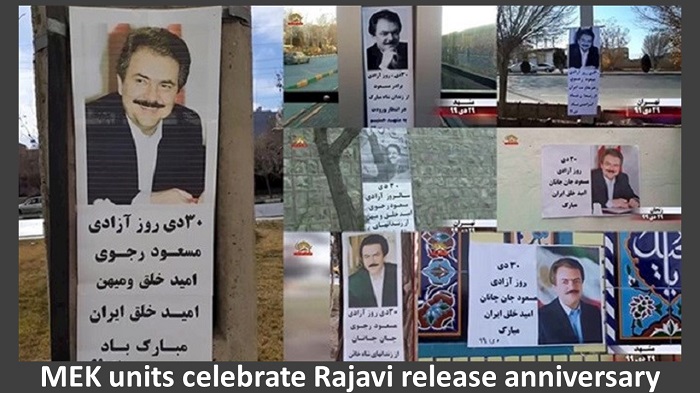 (PMOI / MEK Iran): Rajavi’s release was a historic day that proved an integral part of the nation’s history, but the happiness was short-lived.

The  People’s Mojahedin Organization of Iran (PMOI / MEK Iran) members and supporters have been hosting celebrations for the 42nd anniversary of their leader, Massoud Rajavi, being released from the Shah’s prison.

On January 20, 1979, Massoud Rajavi and other leading (PMOI / MEK Iran) members were freed, just four days after the Shah fled the country, as a result of the people’s revolution. It was a historic day that proved an integral part of the nation’s history, but the happiness was short-lived.

Today marks a big anniversary in Iran, when the release of hundreds of political prisoners, including #MEK leader Massoud Rajavi was made active after pressure from families and supporters. A day they look to achieve soon again.#ایران https://t.co/Ybo1YVuIkU

Ruhollah Khomeini, who was never part of the revolution initially, took advantage of the power vacuum to institute a theocracy, resulting in another dictatorship that the MEK and the Iranian people would have to fight for freedom.

So, what did the Iranian people do in the run-up to the anniversary?

On Monday, they put up images of Rajavi in several cities, including Kashan, Semnan, Karaj, Shahre Kord, Mashhad, Isfahan, Shiraz, Zanjan, Tehran, Saveh, Kerman, Gorgan, and Arak, while chanting slogans like “The mullahs’ prisons will fall like the Shah’s prions” and “The world should know that Massoud (Rajavi) is our leader”.

On Saturday, they put up posters of Rajavi, as well as his wife and the leader of the National Council of Resistance of Iran (NCRI) Maryam Rajavi, in Tehran and Ahwaz, with the slogan “Rise up, the future and freedom are in the hands of the rebels”. In other parts of the country, including Fuman, Borujerd, Tehran, Khormoj, Hamadan, Doroud, Qazvin, and Iranshahr, they used graffiti to spread the following slogans:

These activities are especially brave in the wake of increased attention by the regime’s security forces, who are looking for any reason to crack down on dissidents.

Over the past week, (PMOI / MEK Iran) supporters have increased their anti-regime activities. On Sunday, they attacked seven bases belonging to the Revolutionary Guard’s (IRGC) Basij force, which is the primary force used against protesters, especially during the November 2019 and December 2017 uprisings. Since that first uprising, the MEK inside Iran has played a major role in organizing anti-regime protests that turn political.

In the November 2019 uprising, the Basij, tasked with preserving the regime at any cost, killed 1,500 protesters in just a few days and arrested thousands more.