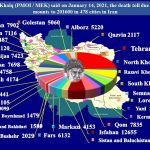 MEK Iran: Levels of Air Pollution are Causing Many Problems

Written by Amineh Qaraee on January 15, 2021. Posted in NEWS 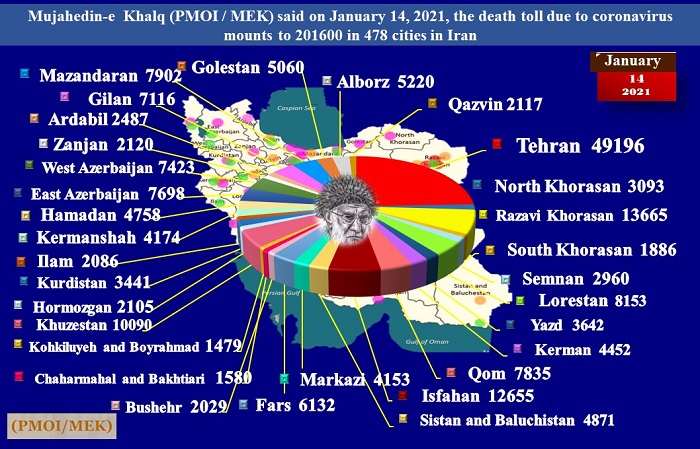 The coronavirus has taken the lives of over 201,600 people throughout Iran, according to the Iranian opposition (NCRI) and (PMOI / MEK Iran).

The National Council of Resistance of Iran (NCRI), and the People’s Mojahedin Organization of Iran (PMOI / MEK Iran), reports from their network inside Iran indicate that high levels of air pollution are causing many problems.

The Coronavirus health crisis is still a worrying situation, so the number of hospitalizations due to the air pollution that is worsening the effects of COVID-19 makes the situation even more urgent. Over 201,600 people have died of the coronavirus in Iran, according to reports by the Iranian opposition (NCRI) and (PMOI / MEK Iran).

More than 201,600 people have died of the novel #coronavirus in 478 cities checkered across all of #Iran's 31 provinces, according to the Iranian opposition PMOI/MEK. pic.twitter.com/yWbr9EUeKq

And if this was not enough, polluted water has caused an alarming rise in the number of people contracting Hepatitis A.

The people of Khuzestan have been particularly affected by heavy rain and subsequent flooding. Streets and homes have been destroyed and sewage is being mixed into the water system causing the spread of Hepatitis A.

Tehran, the capital of #Iran, is rated as one of the world's most polluted cities. All the while, the regime is taking no serious measures to handle the issue.#COVID19 https://t.co/gz1cSuowDc

The head of the Ahvaz City Council Investigation, Supervision and Inspection Commission Mohammad Reza Izadi recently said that reports of people contracting Hepatitis A have been coming in for months. He said that “these cases were not addressed”, pointing to the regime’s negligence and mismanagement.

Unfortunately, this situation has actually been going on for a lot longer. Most of the cities in the province including Ahvaz have non-standard water systems and even with insignificant rainfall, sewage will get into the system.

Back in 2018, it was reported that 34 cases of Hepatitis A were detected in the cities of Izeh and Masjed-e-Soleiman.

The head of the Inspection Organization of Iran Hasan Darwishian said last month that the infrastructure in the region is part of the problem, explaining that a drainage system was being worked on since 2006, but only around 40 percent of it was ever actually carried out.

With regards to the air pollution issues, they are caused by the high levels of mazut (low-quality oil) that is burned by factories.

Heating systems and traffic lights down, among other issues. pic.twitter.com/SypzfLbJOI

Several cities across the country appear to have suffered a huge blackout earlier this week, just a few days after the regime announced that people would have to tolerate lengthy power outages. Power plants have been halted and the regime has said this is because there is not enough gas.

The country has more than 17 percent of the total gas in the world, but the regime is saying that because of the high consumption by the population, there is not enough for power plants. This means that power plants have resorted to using fuel oil in order to have electricity. Either that or stop production.

In reality, there is no gas shortage. The regime is simply plundering the country’s wealth on its own belligerent activities. The regime wants to export more gas meaning that less can be transferred to domestic power plants.

It seems like the regime is doing everything in its power to harm and hurt the people of Iran. Not only is it mismanaging the Coronavirus pandemic, but it is leaving people to consume contaminated water and it is doing nothing to improve air pollution levels.

The Supreme Leader has banned the import of foreign-developed vaccines, and the people are so angry because it was a small bit of hope in these very dark times. The pandemic has been in the background of everything for almost a year, with large parts of the country having to deal with other crises such as earthquakes, floods, and other disasters after which they are left to fend for themselves.

Mrs. Maryam Rajavi is the President-elect of the National Council of Resistance of Iran’s (NCRI): The delay in purchasing and importing the COVID19 vaccine is the continuation of the mullahs regime’s criminal policy, which will continue to claim more victims among the deprived and oppressed people.

Pandemic, air pollution, natural disasters, contaminated water, suppression: What else do the people of Iran have to endure?