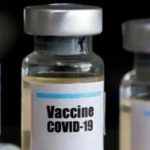 Written by Esmail Mohades on January 11, 2021. Posted in NEWS

The National Council of Resistance of Iran (NCRI), and the People’s Mojahedin Organization of Iran (PMOI / MEK Iran) has reported that more than 199,700 people have died in Iran after contracting COVID-19. Every single province has been affected, including 478 cities across the country.

Preventing the import of vaccines

Saeed Namaki, regime’s Health Minister, falsely pretended that the (Cuban) vaccine was a joint production of Iran and Cuba

The regime’s cruelties in preventing the import of vaccines come as Namaki has acknowledged that the mutated virus had arrived from Britain.

The Medical Organization’s announcement, 200 doctors had died of COVID-19, and more than 3,000 had been forced to leave the country.

Regime president Hassan Rouhani was quick to align himself with Khamenei’s criminal policy and make it clear that he has no intention to stop the deadly spread of #coronavirus across #Iran.https://t.co/v1j3mLMqUb

more than 200 deputies of the mullahs regime’s parliament strongly consider Khamenei’s position (in prohibiting the import of any U.S., British, or French vaccines) as the final word on the issue and call on the government to ban any import of vaccines from American, British and French companies.

Khamenei and Rouhani brazenly claim that they do not want to test the globally used and tested vaccines on the Iranian people. But Cuba announced it had agreed with the Iranian regime to do the third phase of the Cuban vaccine -the human test- on 50,000 Iranians.

Neither Cuba nor the Caribbean nations will not do human testing in their own country.

Mrs. Maryam Rajavi the President-elect of the National Council of Resistance of Iran’s (NCRI): Vaccines are people’s right. The death toll is almost 200,000, but Khamenei says no vaccines could be imported from the US, UK, and France.

By huge human casualties, he seeks to fend off popular uprisings. The Coronavirus and Khamenei are allied against the people of Iran.

The international community should strongly condemn this crime and compel the mullahs’ regime to lift the ban on import of vaccines. #COVID19

Khamenei’s Red Crescent announced a ban on the import of 150,000 Pfizer/Bio Ntech vaccines. This costs people’s lives and is tantamount to their deliberate massacre.

Having access to vaccines is an inalienable right of the sick and the people of Iran. By such criminal measures, the clerical regime will not be able to counter people’s protests and uprising.

Over 199,700 people have died of the novel #coronavirus in 478 cities checkered across all of #Iran’s 31 provinces, according to reports tallied by the Iranian opposition PMOI/MEK as of Sunday afternoon local time, January 10.https://t.co/n2Xhev3Xw4