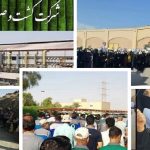 Written by Esmail Mohades on January 8, 2021. Posted in NEWS 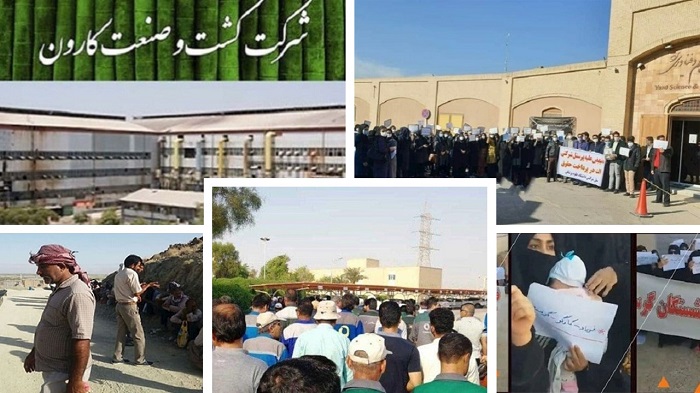 The National Council of Resistance of Iran (NCRI), and the People’s Mojahedin Organization of Iran (PMOI / MEK Iran) reported, that more protests by, staff and nurses employed in hospitals in different cities of the country, including Khuzestan, Isfahan, Yazd, and Karaj, assembled in their workplaces to find out why they hadn’t been paid.

MEK supporters from Khuzestan province reported that the rally took place in front of the governor’s offices where those involved asked for their delayed paychecks and a salary increase.

MEK supporters from Isfahan province reported that the health department staff held a rally demanding changes in their job status.

MEK supporters from the city of Yazd reported that the Nurses and contract employees from the university assembled in front of the MP’s office, protesting changes made to their employment status as well as discrimination in pay. 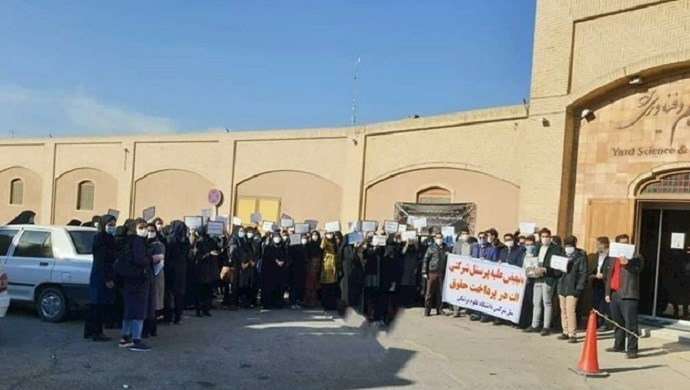 Khomeini Hospital in the city of Karaj

MEK supporters from the city of Karaj reported that the Protesters assembled in front of the Alborz Governor’s Office demanding their unpaid salaries. The slogan they chanted was:

“enough with the promises, our tables are empty,”

Strike by Faryab mine workers in Kerman province

MEK supporters from Kerman province reported that the workers employed at the Faryab mine in Kerman province went on strike for the 4th day in a row. They are demanding that their wages are paid and the implementation of the job classification plan.

Workers have been on strike since Sunday, protesting they get paid paychecks that are owed since 2019 and that their unclear contract status in 2020 be sorted out.  Also, the workers have said they don’t properly work suits, contracts, and paychecks. 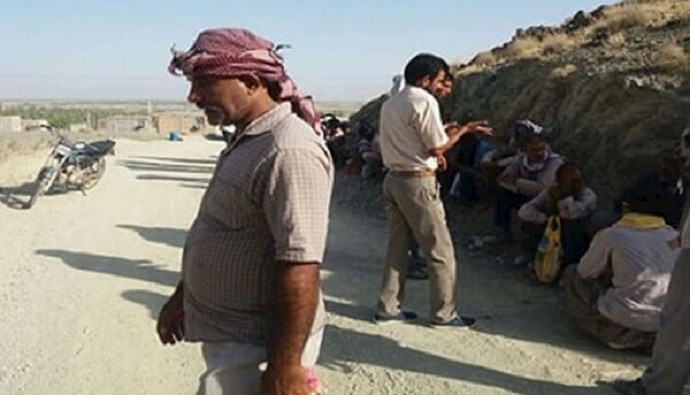 On Tuesday, MEK supporters from Lorestan province reported that some workers in the Lorestan Agro-Industrial Complex Company took part in a protest rally for the 2nd day in a row.  They are demanding a change in their job contracts to a direct contract.

The protesting workers said, “We have been pursuing the change in our job status for several years and we have been demanding our legal claims from the company, but so far no official has been held accountable.”

MEK supporters from the city of Mahshar reported that some workers employed by the Navid Zar Chimi Company in the city of Mahshahr, assembled on Tuesday in front of the company building, protesting about their delayed paychecks which they haven’t yet received for several months. Also, protesting workers said that when a job bonus is approved by the Ministry of Oil, they are classified as non-oil workers, and when a job bonus is announced by the Social Security organization, they are classified as Oil Ministry workers. The workers have said they want action on these unpaid checks and it is likely the protests will continue until their demands have been met. 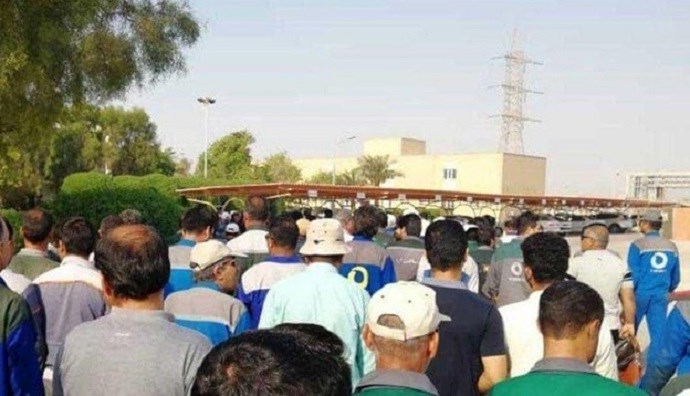 Protest rally by workers of the Navid Zar Chimi in the port of Mahshahr, Khuzestan province

In the city of Shadegan, Khuzestan province, southeast Iran there are cries that can be heard from hungry workers and retirees who have fallen below the poverty line due to higher prices and inflation.

They held a protest rally on Wednesday, January 6th and the placards posted said the following: “Cry of hungry workers retirees.” Now officials are doing nothing and don’t care if fellow Muslims suffer.