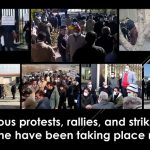 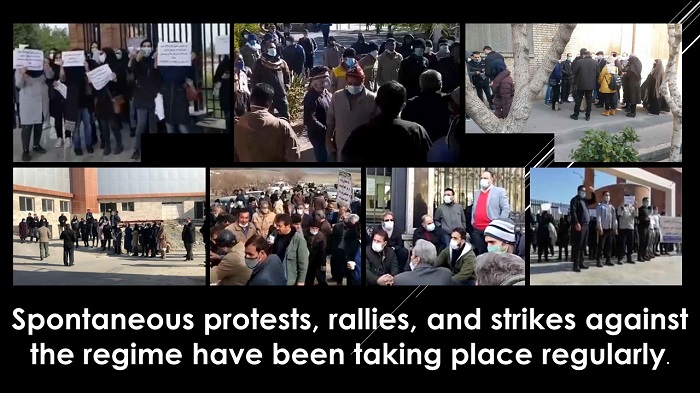 (PMOI / MEK Iran): Spontaneous protests, rallies, and strikes against the regime have been taking place regularly.

For decades, the Iranian regime hasn’t been interested in the living conditions of Iranians, so the people have taken to the streets to exert their rights.  Spontaneous protests, rallies, and strikes against the regime have been taking place regularly. On January 5th, the National Council of Resistance of Iran (NCRI) and the  People’s Mojahedin Organization of Iran (PMOI / MEK Iran) reported that the Iranian workers, nurses, farmers, medical staff, merchants, creditors, pensioners, and miners held rallies and participated in strikes to fight for their basic rights.

MEK supporters from the city of Isfahan reported that the Farmers from eastern Isfahan city protested the uncontrolled extraction of the Zayandehroud river’s water for the 4th  time. The regime is directing the water of the Zayandehroud to Yazd province, while the locals, particularly farmers, are experiencing drought conditions. 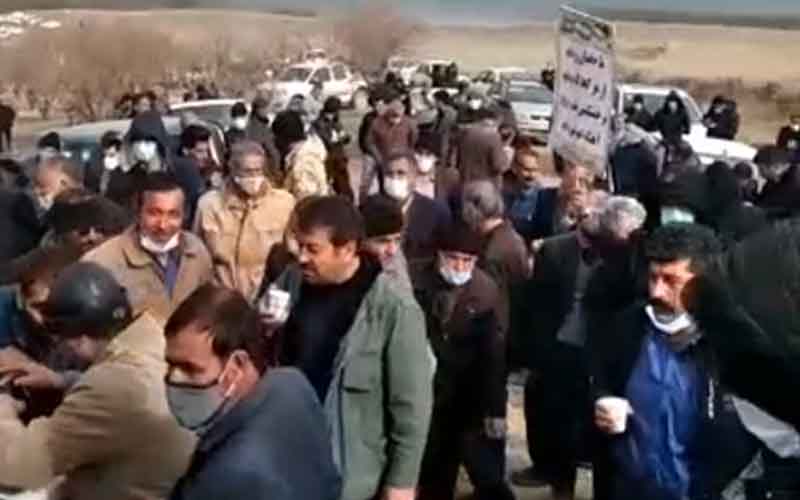 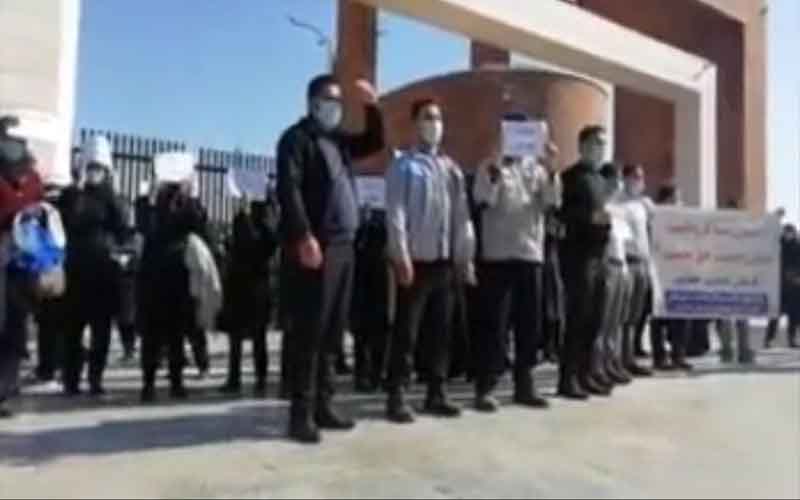 MEK supporters from the city of Ahvaz reported that the health staff in Ahvaz, Khuzestan’s capital, held a rally protesting officials for changing their job conditions after working hard for five years.

Throughout the COVID-19 pandemic, Iranian physicians, nurses, and healthcare workers not only had to endure the disease but also faced financial difficulties because the government didn’t pay the wages they were owed.

MEK supporters from the city of Tehran reported that the provincial customers of Shahin Car took part in a rally to obtain their stolen rights. On Tuesday, the rally took place in front of the National Inspection Organization. 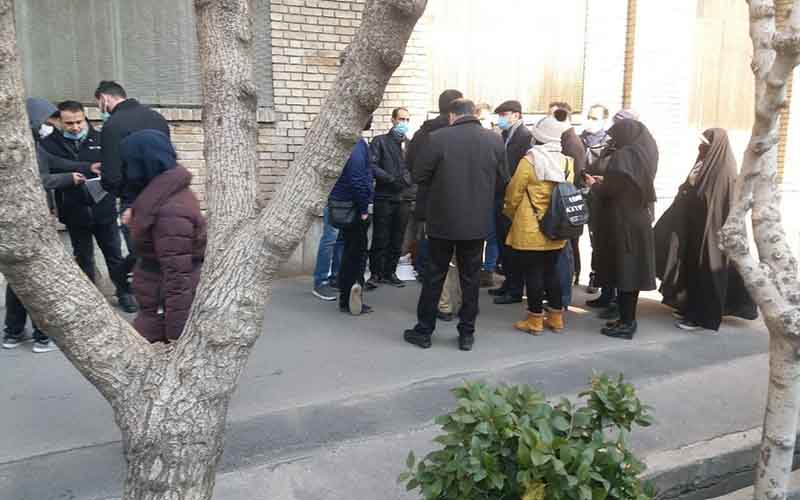 After a year, the CBI still will not accept and compensate around 400 manufacturer units whose owners deposited their capital on this website. 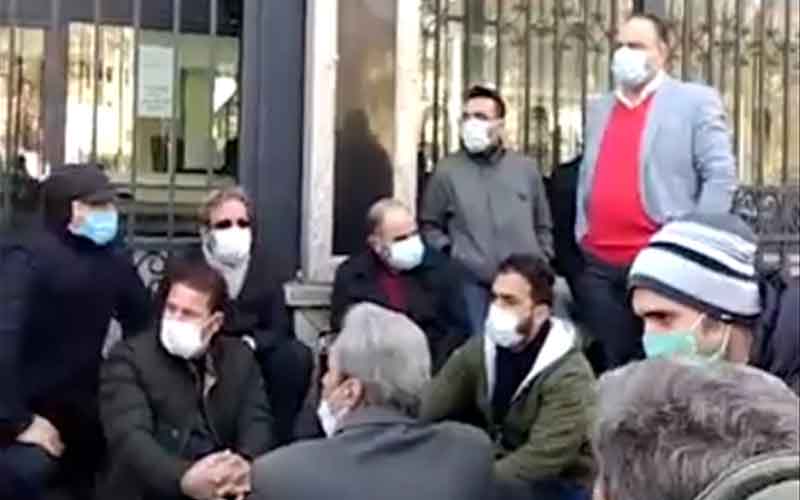 In Khuzestan province, a group of nurses held a gathering in front of the Provincial Governorate protesting systematic discrimination in paychecks and a decrease in their pensions. 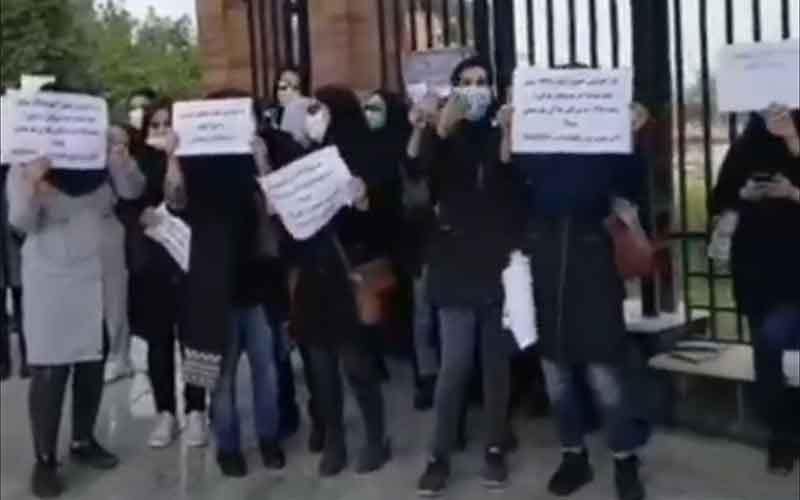 MEK supporters from the city of Karaj reported that in Alborz province, the medical and healthcare staff of Karaj’s Khomeini hospital continued their rally that is in its 6th consecutive day protesting the failure to be paid their salaries. 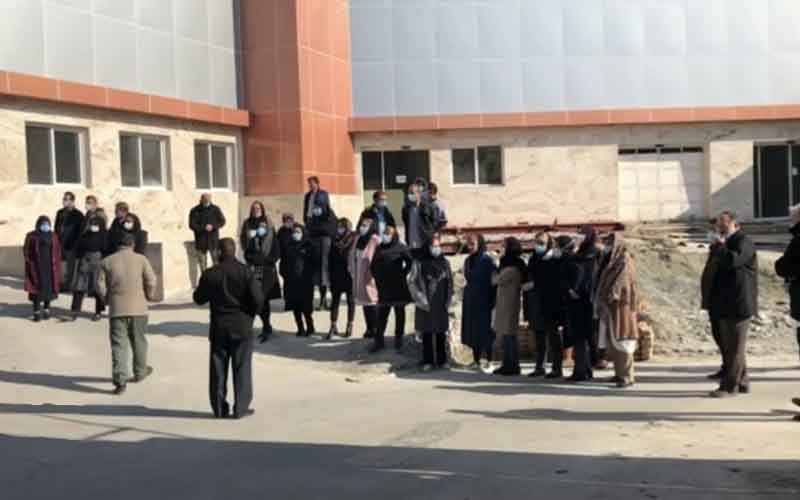 MEK supporters from the city of Kerman reported that a group of ‘Asminoun’ miners in the Menoujan district organized a rally and stopped working. They were protesting the following:

They are also saying that the tunnels in the mines are unsafe which means when a miner goes to work s/he can never be sure they will ever return home again.  Also, there are no hot water showers available once a miner completes a shift. In addition, they are saying that the six-monthly contracts have been slowly decreased and they are now down to just one-month contracts. 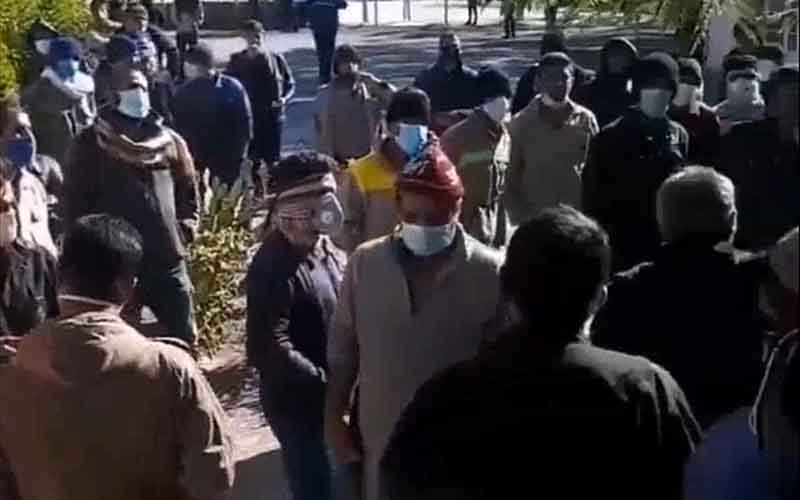