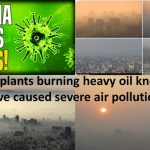 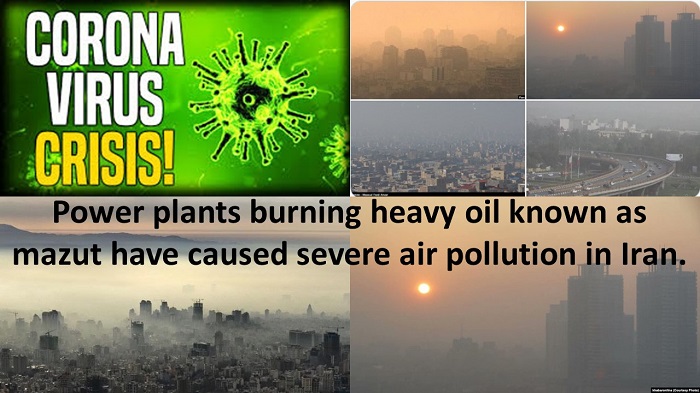 More than 196,500 people have lost their lives due to COVID-19, which has spread to 478 cities in Iran, reported by the National Council of Resistance of Iran (NCRI) and the  People’s Mojahedin Organization of Iran (PMOI / MEK Iran).

(#NCRI) and (#PMOI/#MEK #Iran): Mullah Regime Enters 2021 Showing How Vulnerable It Is- The regime provides no details on when and where the vaccine is purchased. https://t.co/qOvSJ6Jmju #COVID19 pic.twitter.com/dPqXzWppwq

Mullahs regime’s Health Minister, Saeed Namaki, said: We are following up the procurement of vaccines from a manufacturer in another country. We will start its third clinical phase in February. I hope we will be able to use our domestically made vaccine by the end of the coming spring. (IRNA news agency, January 3, 2021)

Head of the NCCT in Tehran, Alireza Zali, said: Tehran is still in orange, and the situation in Shemiranat, Varamin, and Rey are similar to Tehran. (State TV, January 2, 2021)

The Iranian Immunology and Allergy Association said: “emphasizes the need to immediately purchase the required amount of vaccine from the types approved by international authorities, with full transparency about the type and the country of production of the vaccines. Any delays will cause more lives to be lost.

Football matches in #Iran near to being postponed due to air pollution. Air pollution causing 30,000 deaths/yr in Iran. Reason? Mazut burnt in powerhouses as the country is unable to export it. #coronavirus deaths increased 6-folds because of pollution. #نفس_نداریم (we're choked) pic.twitter.com/ytgtKQEpdc

The National Coronavirus Combat Taskforce (NCCT), spokesman Alireza Raisi, said: In Ardabil, Golestan, Gilan, and Mazandaran provinces, the COVID-19 the trend has not decreased. In Mazandaran, most villages are affected by COVID-19. (Asr-e Iran daily, January 3, 2021)

Health Commission, members said: This year, due to Coronavirus, air pollution should be given more serious attention. The government should decide to close Tehran when the weather conditions in Tehran reaches dangerous levels. (ISNA news agency, January 3, 2021)

More than 196,500 people have died of the novel #coronavirus in 478 cities checkered across all of #Iran's 31 provinces, according to the Iranian opposition PMOI/MEK. pic.twitter.com/okZSPZTVAH

While Tehran’s air pollution level was declared in the red category, “unhealthy for all groups”, 10 cities in the Isfahan province were shut down for the second day in a row. Officials have confirmed the use of mazut in power plants as the main cause.

Mrs. Maryam Rajavi the President-elect of the National Council of Resistance of Iran (NCRI): Because of pollution, the people of Tehran and major Iranian cities cry out “we cannot breathe!” The mullahs waste the country’s wealth in anti-patriotic nuclear and missile projects and on the export of terrorism. By using Mazut, they bring death to the people of Iran.

The mullahs’ president, Hassan Rouhani, says domestic and foreign vaccines are on the way, but the head of the Central Bank says only 200 million Euros have been allocated for 8.4 million people, i.e. one-tenth of the population.