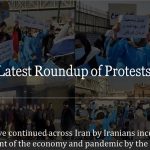 Written by Mohsen Aboutalebi on December 31, 2020. Posted in NEWS 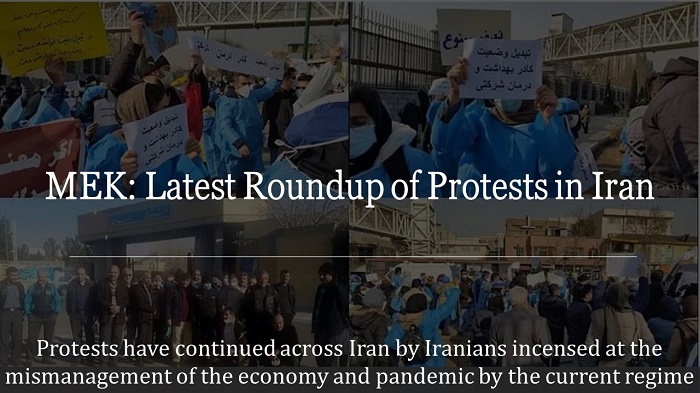 Protests have continued across Iran by Iranians incensed at the mismanagement of the economy and pandemic by the current regime. The People’s Mojahedin Organization of Iran (PMOI / MEK Iran ) and the National Council of Resistance of Iran (NCRI), has obtained the following reports from their sources in Iran. 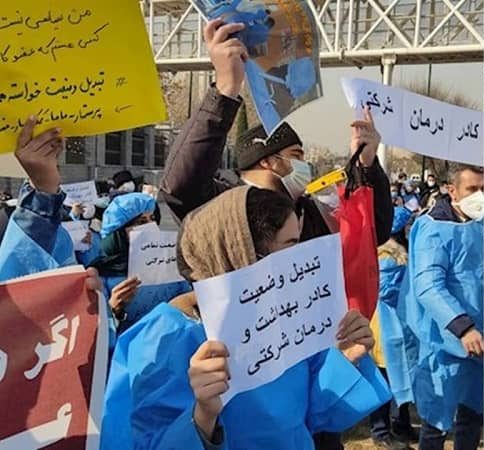 Contract health workers hold a protest in front of the regime’s Majlis (parliament) in Tehran – December 29, 2020 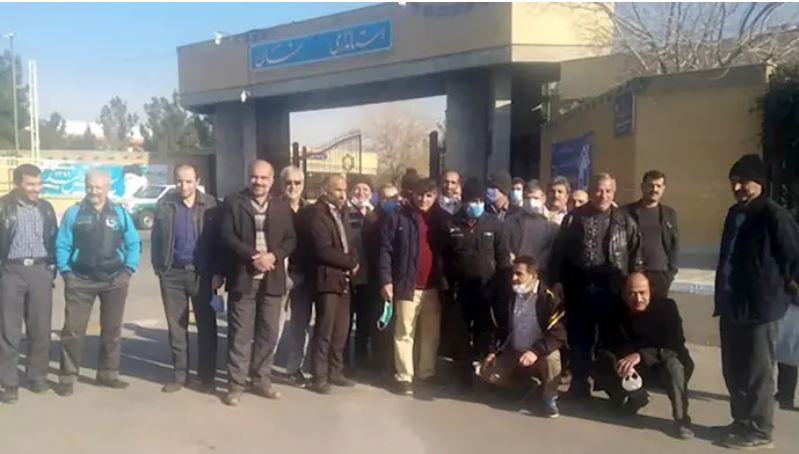 A group of dismissed Rangin-Nakh Factory workers in Semnan holds a protest – December 29, 2020

While Iranians are suffering from increasing poverty, their collective wealth is being spent on the regime’s favorite overseas proxy terrorists. Hamas, for example, received 22 million dollars courtesy of the recently assassinated Quds Force head, Qassem Soleimani, who was in charge of supporting the Iranian regime’s terrorist adventures in the region.

In the recent uprisings, ordinary Iranians showed they had enough of these payments. “No to Gaza, no to Lebanon, my life only for Iran!” and “Let go of Syria, think of us!” were commonly repeated slogans.

Even state-run media in Iran now warn the regime that Iranians have had enough of their inability to manage the economy and put ordinary Iranians first. As Arman daily put it on December 27th: “the government should think about inflation, poverty, and increasing poverty in society as soon as possible. Otherwise, we will see other measures by people.

Many managers and senior officials of the country consider the poor people’s silence, patience, and calm as the result of their performance. [We] should be afraid when the hungry volcanoes erupt and become unstoppable.”