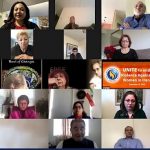 Written by Jennifer Jones-Kelley on December 29, 2020. Posted in NEWS 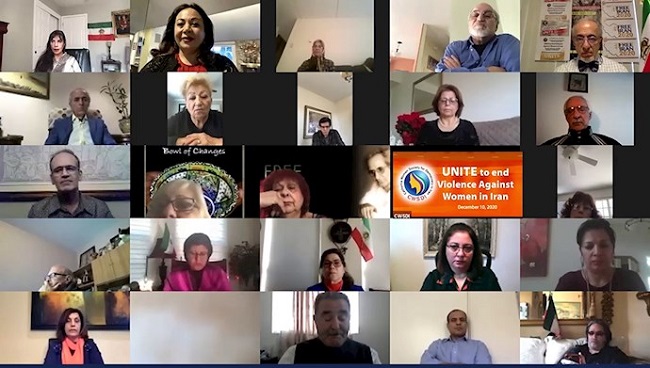 The National Council of Resistance of Iran (NCRI), and the People’s Mojahedin Organization of Iran (PMOI / MEK Iran) reported that the Society of Iranian Women for Democracy hosted a virtual conference on December 10 addressing the Iranian regime’s misogynistic treatment of women. The California-based organization’s Unity to End Violence Against Women event was attended by U.S. congress members, Calfornia state legislators and officials, and members of academia. Iranian human rights and women’s rights activists, university professors, and the president of the Society of Iranian Women for Democracy also participated in the conference. Some highlights of the event are summarized below.

Rep. Chu characterized the Iranian regime as a repressive government that uses anti-feminism to prevent women from reaching their potential, and she emphasized that the ruling regime does not represent the will of the Iranian people. She further stressed that the United States should condemn the regime’s human rights abuses and support the people’s demands for democracy. She applauded the efforts of the women of the Iranian Resistance in promoting human rights.

(The MEK is the largest organization leading the Iranian Resistance.) 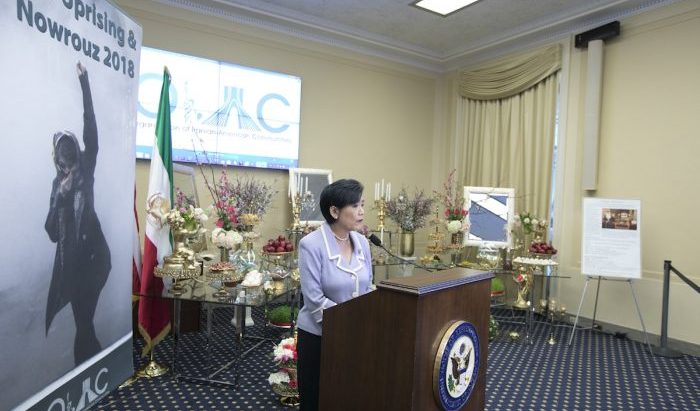 Rep. Panetta expressed his admiration to the women of the Iranian Resistance for empowering and inspiring women and girls around the world. He said that all people could draw hope from their work for the end of violence and misogyny toward women. Panetta also pointed out the outsized role that women have taken for decades in the struggle for freedom and democracy. Women lit the fire of the flame of resistance during the 2018 and 2019 uprisings, and they did so at great personal risk.

Panetta also stated that the Iranian regime and others like it stay in power by using violence against women to stifle their voices and prevent them from opposing the ruling regime. He emphasized that the United States must let the international community know in no uncertain terms that the systematic human rights abuses against women cannot and will not stand.

Rep. Peters condemned the regime’s treatment of women, emphasizing that women living in dictatorships like Iran face a heightened risk of abuse and even torture. He further stated that the Iranian regime actively prevents women from achieving basic human rights and democratic gains.

Thank you so much Congressman Scott Peters! @RepScottPeters
Your message means a lot to the people of #Iran specially women who struggle on a daily basis for basic #HumanRights
We will definitely commit to do more for a better future. @OIACus @CaliSDI @sdut @fox5sandiego https://t.co/fRJWm1RayS

Rep. Barragán voiced her support for a democratic, secular, and non-nuclear Iran.

(These goals are all part of the MEK’s political platform.) 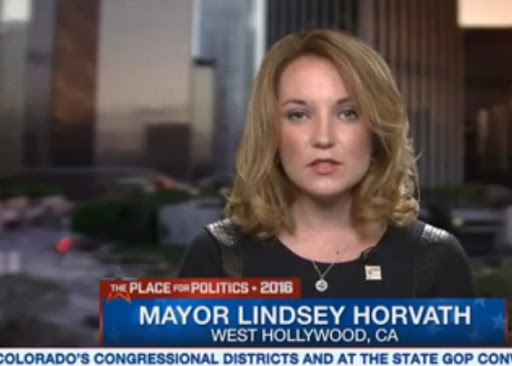 Sen. Bates hailed the women of Iran who are working for a free and democratic country and expressed his support for the Iranian Resistance. He added that a democratic Iran will safeguard the rights of women and girls.

Dear Senator Pat Bates, we were so glad to hear your message in our event. Women in #Iran appreciate your support for #HumanRights and women rights. @SenatorPatBates @womenncri @OIACus @ocregister @FoxNews @AP @ReutersIran https://t.co/iT2Mfomryn

Prof. Alidou said that the world must be made aware of the human rights abuses being perpetrated on Iranian women as well as the forces fighting to end these violations. She described her 2001 meeting with Maryam Rajavi as an important life experience.

🔸Professor Hassana Alidou served as Ambassador of the Republic of Niger to the U.S. & Canada from 2015 – 2019.
In her presentation she said:#Iran, Niger & all over the world, no more violence against women. Together let’s end violence.#HumanRightsDay #16Days @HaileyBWinslow pic.twitter.com/z4USVCQthL

Prof. Rotunda applauded those who fight for freedom in the midst of oppression. She called attention to the regime’s crackdown on freedom fighters over the past two years, which has resulted in harsh prison terms, high fines, and lack of due process.

Professor Kyndra Rotunda, We were so thankful for your powerful message to our event. It is always very inspiring to hear encouraging words especially for women in #Iran who fight for their basic rights every day. @KyndraRotunda #HumanRights @OIACus @CaliSDI @Ap @ocregister https://t.co/349vNbQ7SC