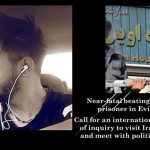 Written by Esmail Mohades on December 28, 2020. Posted in NEWS 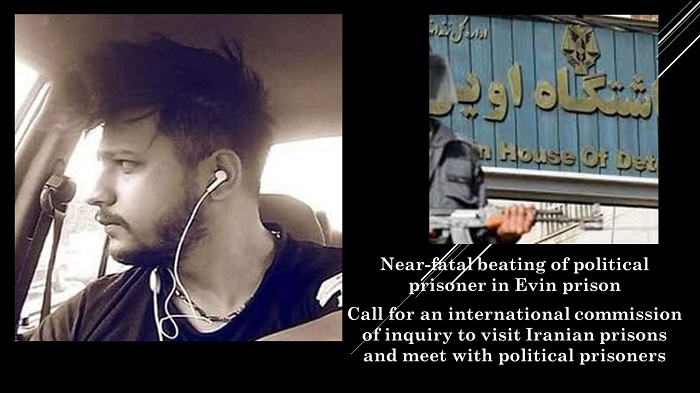 (NCRI), and (PMOI / MEK Iran), urged the UN Secretary-General, UN High Commissioner for Human Rights, Human Rights Council, and the relevant rapporteurs of the U N, to take action.

The National Council of Resistance of Iran (NCRI) on December 25, reported that Afshin Shahsavari, a supporter of the Mujahedin-e Khalq (MEK / PMOI Iran) being held as a political prisoner, was beaten to the brink of death in Evin Prison. Afshin Shahsavari, 38, has been sentenced to three and a half years and has been in prison since March 2019.

When he protested the harassment of two prisoners by prison guards in the quarantine section of ward four of Evin Prison, more than ten guards and members of Evin’s special forces attacked him, threw him on the snow-covered courtyard, and brutally beat him with kicks from their boots.

He was, bleeding from his nose and eyebrows and dislocated shoulder, and a bruised body. One witness said: the guards savagely continued to beat him even though he had fallen unconscious. The guards took him back to his cell without any care for his injuries.

Three of the brutal guards who took part in this beating are identified as Mehdi Mahmouli, Amrollahi, and Jalal Mobini.

The National Council of Resistance of Iran (NCRI), and the  People’s Mojahedin Organization of Iran (PMOI / MEK Iran).informed the UN Secretary-General, UN High Commissioner for Human Rights, Human Rights Council, and the relevant rapporteurs of the U N.

(NCRI) and (PMOI / MEK Iran) reiterates its call for the formation of an international commission of inquiry to visit Iranian prisons and to meet with prisoners, especially political prisoners.

IRAN: EXECUTION OF A POLITICAL PRISONER IN ZAHEDAN PRISON: Three Others in Imminent Danger of Execution
Three more political prisoners in Zahedan’s central prison are in imminent danger of execution, according to reports from the province. https://t.co/9Lpj2zskTO

Stop fundamentalist reported yesterday that Abdolhamid Mir-Baluchzehi was sentenced to 15 years in prison, but Supreme Court annulled this verdict and sentenced him to death after re-examination of his case. He was accused of “acting against national security and waging war on God” he was executed on December 26.