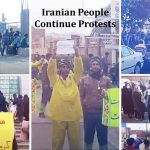 Written by Esmail Mohades on December 21, 2020. Posted in NEWS 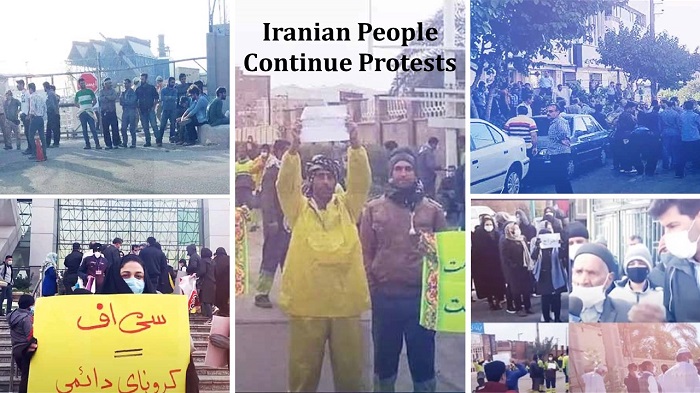 (PMOI / MEK Iran): Iranian citizens conducted more protests in several cities throughout the country, demanding their rights in their own country.

The People’s Mojahedin Organization of Iran, (PMOI / MEK Iran) and the National Council of Resistance of Iran (NCRI), reported that because the Iranian regime cares little about its people, Iranian citizens conducted more protests in several cities throughout the country, demanding their rights in their own country. One of those rallies included the following groups:

(PMOI / MEK Iran) supporter from the city of Tehran reported that the families of Cystic Fibrosis (CF) patients from different cities gathered in front of the Health Ministry in Tehran. They were protesting the lack of medicine made available to them and also the officials’ broken promises.

It appears, according to the families, that for at least 12 months the regime has stopped importing the medicine ‘Creon’ which is the chief medication for CF patients.  After several protests last year in front of Tehran Medical Sciences University and the Health Ministry, the government decided to hand out a 100-tablet packet of Creon to every CF patient on 2 occasions only. But, since then no more Creon has been imported.

#Iran'ian Regime Blames Medication Shortage on Sanctions Instead of Admitting Mismanagement
Markets in Iran have been destabilising for months. It started well before the first round of U.S. sanctions took effect at the beginning of last month.https://t.co/DFjuLug10q pic.twitter.com/FheS5Xv7l9 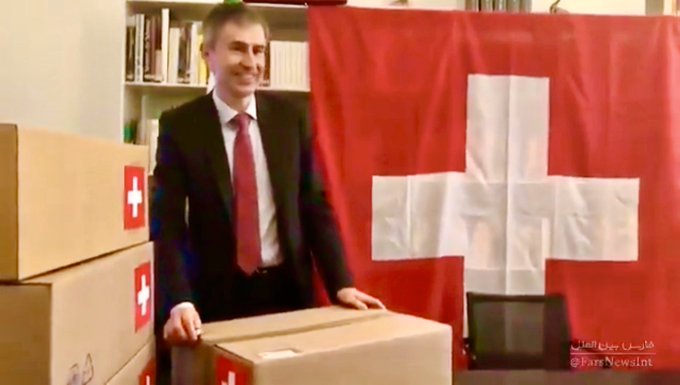 (PMOI / MEK Iran): 180,000 packs of transplant medication arrive in Iran via the Swiss humanitarian channel. The U.S. has always made sanctions exceptions for humanitarian goods (medicine, medical devices, food). Hopefully, the regime won’t steal it, as it’s done in the past. @SwissEmbassyIr

Cystic Fibrosis is inherited and can cause serious damage to many organs in the body as well as the lungs and the digestive system. So far, there isn’t a cure, but there is treatment available, such as Creon, that can alleviate symptoms and lower complications, allowing victims to live longer.

This sort of disease places a heavy burden financially on families and their sick victims. Each month one patient costs 50 to 200 million rials [$190-770]. Life is very hard and difficult for both parties.

The families said that they had requested help at least 10 times from the Food and Medicine Organization. The response was that it didn’t determine the allocation. The families want to know who is in charge of ordering and distributing Creon and that the regime seems to have plenty of money available for other things and in their budget importing critical medicine for 5,000-6,000 CF patients is a mere drop in the ocean.

(PMOI / MEK Iran): The regime and its lobbies have extensively argued that the sanctions have caused the pharmaceutical crisis in Iran.

The question being asked is how is it that officials buy 400-million-rial [$1,540] nebulizer machines from overseas countries but they don’t seem to be able to buy critical medicine.

Typically, despite the country’s wealth, it is blaming medicine sanctions but in February, former Foreign Ministry Spokesperson Abbas Mousavi abandoned the European leaders’ INSTEX initiative. He then admitted that there had never been any sanctions imposed on the importing of food and medication.

The U.S. Department of State recently stated that there have never been any obstacles put in the way to stop the Iranian government from buying any medications and any other essential commodities. On December 16th the department confirmed that when putting pressure on Iran it has never been aimed at limiting the purchasing of food and medication. On December 7th, COVAX denied Iranian officials’ statements in relation to sanctions by stating the following:  “There is no legal barrier to Iran procuring [Covid-19] vaccines through COVAX.”