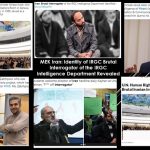 Written by Esmail Mohades on December 14, 2020. Posted in NEWS 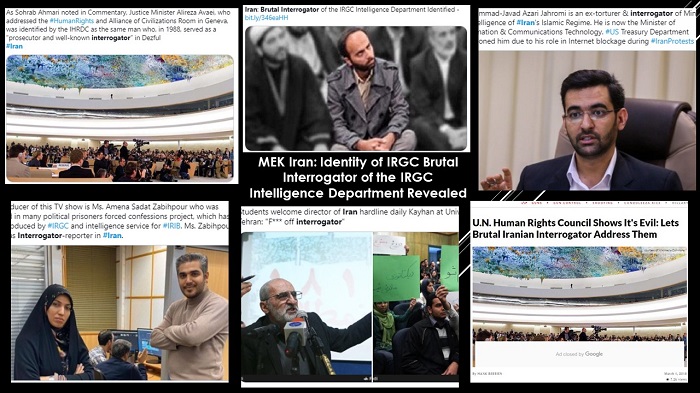 (PMOI / MEK Iran): There is little doubt that the current Iranian regime has built up a poor record for upholding human rights and it has done anything possible to suffocate those who believe they have the right to express their own opinions.

Former political prisoners member of the  People’s Mojahedin Organization of Iran (PMOI / MEK Iran), and the National Council of Resistance of Iran (NCRI) have now revealed the identity of the man called Raouf, who was responsible for brutally torturing Iranian political and civil rights activists.

There is little doubt that the current Iranian regime has built up a poor record for upholding human rights and it has done anything possible to suffocate those who believe they have the right to express their own opinions. They have recruited numerous organizations whose job has been to suppress anyone who speaks out against the regime. It has got to the point now that the regime has allocated part of the nation’s budget to the Revolutionary Guards (IRGC), in order to get it involved in intelligence activities that target those who are against the regime.

In #Iran where citizens are subjected to gross violations of #Humanrights, interrogators commit whatever they want to surrender political and civil rights activists.
This article reveals one of the #IRGC Intelligence Department's interrogators, "Raouf."https://t.co/U3lQqcM33N

Recently the intelligence department of the IRGC structure has been led by Hossein Taeb who has for some time been a part of the Supreme Leader Ali Khamenei’s inner circle. One of his key roles over more than 4 decades has been as a leader of oppression against the Iranian people which has involved indescribable breaches of human rights. His department has somehow managed to recruit Iranians that are keen to be the most brutal interrogators and torturers who will go to any length to get what they want out of prison inmates.

In earlier days it was always difficult to identify individuals who were directly involved in torture but social media has changed all that as it has created a far freer flow of unadulterated information. Just recently some released prisoners offered to identify the worst of the IGRC interrogators and share the way the torture took place.

This interrogator they called Raouf, even though he sometimes changed his name. Because he was so loyal to Khamanei, he was always seated in the front row when the supreme leader made a speech.

One of Raouf’s key regime responsibilities was in Detention Center No. 2 (A) in Tehran’s notorious Evin Prison. This is the place where many political and civil rights activists were held and tortured in the hope they would surrender their beliefs.

Evidence released by the members and supporters of the (PMOI / MEK Iran) states that Raouf had tortured several prisoners or their family members in IRGC offices throughout Tehran. He was, it has been alleged, involved personally with interrogating Arash Sadeghi, Golrokh Iraei, Atena Daemi, who were human rights and political activists.

One former political prisoner said of his interrogation that Raouf hit him so hard that his nose bled twice when he was sent back to his cell and at another time of interrogation some of his bones cracked when he was hit by the toe of a shoe.

Another prisoner, members and supporters of the (PMOI / MEK Iran) who served 6 months in the Evin Prison Detention Center No. 2 (A) said Raouf played a key role in forcing him to take part in forced televised confessions. He said throughout his interrogation after days and days of torture, insult, and humiliation, he was taken to a room where interrogators forcibly extracted a confession. At the time, Raouf was making notes and handing them to a film crew. Raouf was the actual director of the forced confessions’ projects while two teams from Ofogh TV Channel and News Program 20:30 from Channel Three of the Islamic Republic of Iran Broadcasting Organization (IRIB) were filming,”