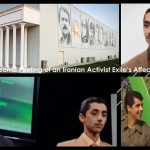 MEK Iran: A Personal Feeling of an Iranian Activist Exile’s Affection for Albania

Written by Mohsen Aboutalebi on December 14, 2020. Posted in NEWS 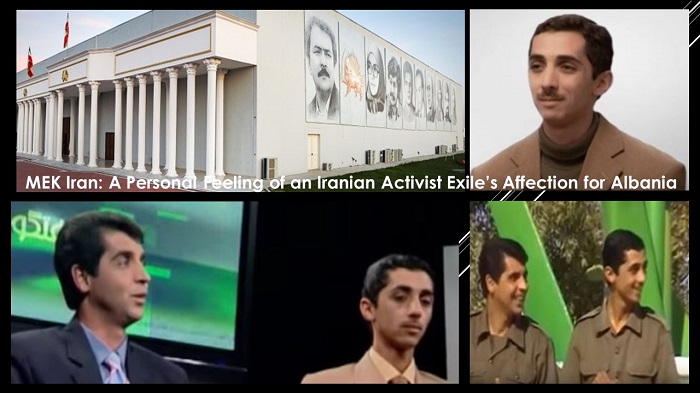 Hamed Jabbari is a member of the Iranian resistance who had to move to Albania four years ago as he would most likely have been arrested, tortured, and charged with some trumped-up charge if he had returned to Iran. His brother, also a member of the People’s Mojahedin Organization of Iran (PMOI / MEK Iran) was killed in cold blood at the MEK’s Ashraf camp in Iraq in 2013.

Hamed has written about his growing affection for the country that has graciously accepted him and many others in exile and his feelings about the path forward for the opposition movement.

Why as an Iranian opposition I feel close to Albania- by Hamed Jabbarihttps://t.co/XLdRQfNE9F#FreeIran#BlackListMOIS#IranRegimeChange#coronavirusiran @HeshmatAlavi@shahriarkia@gobadi@amsafavi@Abrichamtchi@JavadDabiran@ShirinNariman@IDA_Canada@NassrinSaifi pic.twitter.com/1iSOShnoXK

He talks about Albania as a place of great interest and kind people. He describes some of Albania’s natural attractions including natural scenery and coastline, food, and architecture. He says he has been accepted as a guest in Albania despite the fact that Albanians themselves have had to fight for their independence and freedom against the odds.

Hamed describes the history of Albania and its fight for freedom from the oppression that Albanians felt under the control of the Turkish Ottoman Empire and later Nazi German occupation. He says that he feels a real affinity with Albanian freedom fighters of the past and sees his martyred brother in them. He recounts with sadness how his brother was killed by Iranian agents at the end of the Iran Iraq war just outside of Baghdad in Ashraf 1. He says that 51 (PMOI / MEK Iran) members were killed by Iranian gents the same day that they killed his brother.

Today is the anniversary of the massacre in #Ashraf, during which 52 #MEK members were downright executed by terrorists from #Iran in #Irak. Without the appeasement policy of the #Obama administration, this crime could have been avoided. @SecPompeo @world @CNN @FoxNews @BBCWorld pic.twitter.com/cqjHwtxJUx

Hamed and his brother joined the (PMOI / MEK Iran) when they were both young. Hamed was only 18 while his brother was 23 at the time. The two brothers’ father was imprisoned and tortured, first by the Shah’s police, and then, after the 1979 Iranian Revolution, by the mullahs. Their mother had been at the receiving end of attacks as well.

What Hamed learned through this early period when he was a proud (PMOI / MEK Iran) member was that no-one, especially a dictatorship, would provide freedom without it being fought for.

Hamed says that despite the Iranian regime’s attempt over the decades to destroy the (PMOI / MEK Iran), this has been a failure. He says the opposition movement is stronger now than it has ever been.

He says that the regime has tried every way it can to annihilate the opposition movement including disinformation campaigns, assassinations, and bomb attacks. The Albanian government has had to step in and expel the Iranian diplomatic corps due to its espionage and dirty tricks campaign inside Albanian against the (PMOI / MEK Iran).

Hamed points out some of the parallels between Albania and Iran. He says that the Albanian people are not vulgar like some of those who tray and discredit the (PMOI / MEK Iran). He says he has a lot of admiration for his Albanian hosts. He says that the similarities between the struggle the Albanian people have had in the past are similar to that of the Iranian people against the tyranny that rules over them. He considers the relationship between the Albanian government and its people and the Iranian opposition as a strong one. He emphasizes that neither Albania nor Iran should be judged by the worst elements of their past or present governments.