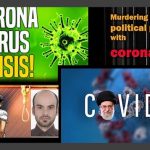 Written by Mohsen Aboutalebi on December 7, 2020. Posted in NEWS 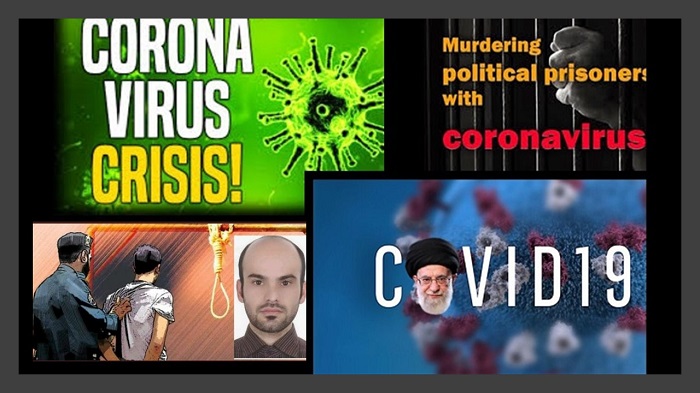 The (NCRI) and (PMOI / MEK Iran) have expressed their concern about Ghare-Oghlani and requested that the international community puts pressure on the Iranian regime to release him.

Hamed Ghare-Oghlani, a student political activist has been sentenced to death in Iran. Like many other political prisoners, Ghare-Oghlani was accused of ‘Moharebeh’ [waging war against God], insulting the Supreme Leader, Ali Khamenei, blasphemy, and spreading rumors.

He was transferred to the Urmia Central Prison after being interrogated continuously for several weeks. Judiciary officials accused him of being a member of the People’s Mojahedin Organization of Iran (PMOI / MEK Iran), an illegal organization in Iran.

Iran's regime has sentenced political activist Hamed Ghare-Oghlani to death in addition to 13 years & 3 months in prison for ‘Moharebeh’ [waging war against God]. @FCDOHumanRights must pressure the regime to #SaveHamed & other political prisoners https://t.co/TzPcoKENIc

The young man was a student at Tehran’s Shahid Beheshti University, studying computer architecture before dropping out because of lack of money. He resumed his university course again this year.

Ghare-Oghlani suffers from epilepsy, but in prison, he was deprived of medication. He also got infected by Covid-19 while in prison. Over 178,100 deaths have now been reported by sources within Iran according to the People’s Mojahedin Organization of Iran (PMOI / MEK Iran), and the National Council of Resistance of Iran (NCRI).

The National Council of Resistance of Iran (NCRI) and (PMOI / MEK Iran) have expressed their concern about Ghare-Oghlani and requested that the international community puts pressure on the Iranian regime to release him.

The statement from the NCRI says:  “The Iranian Resistance urges the United Nations and all human rights organizations to take urgent action to overturn the death sentence of Hamed Qarah Oghlaei and secure the release of all political prisoners, especially in the wake of the Coronavirus outbreak. It also reiterates the need to establish an international commission of inquiry to visit Iran’s prisons and meet with the prisoners, especially political prisoners.”

More than 178,100 people have died of the novel #coronavirus in 465 cities checkered across all of Iran's 31 provinces, according to the Iranian opposition PMOI/MEK.

Urmia Central prison is a notorious prison. Despite the ongoing spread of Covid-19 in Urmia, prison guards have done nothing to stop the spread of the disease and deprive prisoners of medical care.

Many prisoners were infected at Urmia even very early on in the pandemic.

If a prisoner is not sentenced to death, prisoners may decide to take their own life. There were at least 6 suicides in mid-October when prisoners protested about conditions in the prison.

Amnesty International has criticized the regime over the practice of amputating fingers of prisoners. “The Iranian authorities must immediately halt imminent plans to amputate the fingers of six men convicted of robbery following unfair trials and torture-tainted ‘confessions,’” according to Amnesty on December 3rd this year.

My thoughts go out to my countrymen in the flood-hit provinces. I call for national solidarity and cooperation to aid them. I call on our courageous youths and popular councils to provide support to the affected women and children. #Iran

Mrs. Maryam Rajavi the President-elect of the National Council of Resistance of Iran (NCRI): As our countrymen face the Coronavirus catastrophe and flash floods, the ruling mullahs have made natural disasters 100 times more damaging with their inhuman policies. They have wasted the country’s assets on nuclear and missile projects and on the export of terrorism and warmongering.