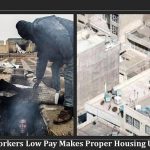 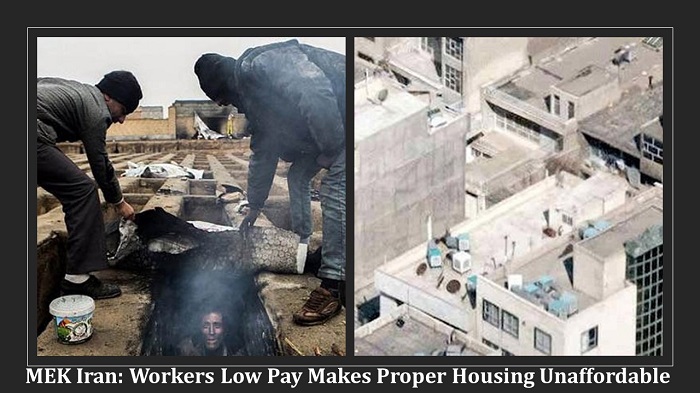 (PMOI / MEK Iran), and  (NCRI) said many times that the regime has tried to say that the country’s economic problems are down to international sanctions. Officials also throw the blame around between each other. However, the only party to blame is the mullahs’ regime itself.

Iran’s Supreme Labor Council decided after years of protests to approve minimum wage and work bonuses in April this year. 2 months later, the Ministry of Labor made a decision to increase wages by 26%, following huge protests by workers. After a while, married workers who had just one child were given 27.18 million rials (about $91) per month.

These small sums of money don’t help much when, according to the Central Bank, a single square meter of housing in Tehran costs 270 million rials (about $900). These high costs don’t just affect those who have jobs, but also those who are unemployed, of whom there are millions in Iran.  At the moment any spare money is being spent on keeping safe throughout the COVID-19 outbreak as well as on medical treatment and medications. Covid-19 has now caused the deaths of 175,600 people throughout Iran, according to the Iranian opposition, the  People’s Mojahedin Organization of Iran (PMOI / MEK Iran), and the National Council of Resistance of Iran (NCRI).

Fasa, southwest #Iran
Municipality authorities demolished the houses of an elderly couple in a village. Locals are heard shouting in protest.#41YearsOfMiserypic.twitter.com/x2P52jn91G

Food can be replaced as price rises

If some food items become unaffordable, families may substitute poorer quality food that costs less. They can also eliminate meat from their diets. They can also allow their clothes to wear out more before looking for a replacement. This sort of logic does not apply to housing. It is essential to have a solid roof over one’s head. Some families who cannot afford to house are paying to sleep on roofs but this still cost 250,000 rials, but this year, the price is 500,000 rials (about $1.7).

Some of the regime’s housing developments, like the Maskan-e Mehr housing project, have been a total waste of money. They have been constructed in areas where there are little access and few facilities such as the availability of water, electricity, gas, and even a road. If social housing is to be successful, it needs to be built on land which is backed up by cheap loans so, in the end, the resident owns the house and land. There are few workers who can afford to own their own home, especially when they earn just a 28-million-rial salary (about $94). Most workers’ wages are spent on extortionate rents which they cannot always afford to pay.

Poverty crisis in Iran: because of the lack of money many people are renting the roofs of apartments for their housing which is cheaper. #Iran #IranPoverty pic.twitter.com/OF3epPC3db

Because the regime is investing more in unproductive activities, the banking system in Iran tends to pay short-term facilities and mortgages that are not suitable for banks because of its long-term repayment cycle. Economist, Hossein Raghfar, has said that the key banking services are seeking only activities with quick rewards. This has led to inflation. There are about 2.5 million luxury homes throughout the country, but those who are homeless or are on a low income cannot raise 1.5 billion rials (about $5,000) per square meter to purchase a house in Tehran.

At the moment parents are just trying to buy food and school equipment for their children otherwise they may commit suicide.

The (PMOI / MEK Iran), and (NCRI) said many times that the regime has tried to say that the country’s economic problems are down to international sanctions. Officials also throw the blame around between each other. However, the only party to blame is the mullahs’ regime itself.