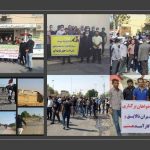 Written by Mohsen Aboutalebi on November 28, 2020. Posted in NEWS 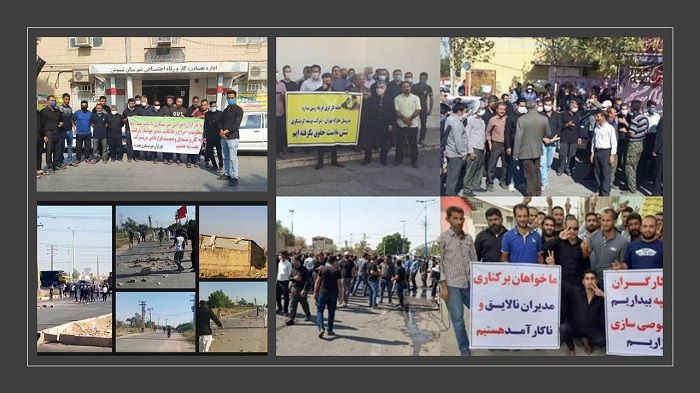 There have been a number of anti-regime protests in recent days by activists in Iran aligned to the main opposition, People’s Mojahedin Organization of Iran (PMOI / MEK Iran).

Monday 23rd November: MEK supporters from the city of Kerman reported that the coal workers protested against the CEO of their coal company for false 0retences.

Workers are quick to end strikes because the longer they protest, the more likely it is the regime will send in security forces to violently break the strike and arrest anyone who resists. MEK #Iran https://t.co/Va5uu1I1gA pic.twitter.com/753o2CVvpw

Tuesday 24th November: MEK supporters from the city of Ahvaz reported that the lawyers who were members of the Khuzestan Bar Association have protested against the association in Ahvaz, southwest Iran. A representative of the association said: “The rally is held in protest to the parliament’s decision to amend the executive law of the policies of Article 44, according to which the Bar Association is considered a kind of business.”

Tuesday 24th November: Drivers who are employed to distribute the Donyay-e Eghtesad daily are now on strike because they say Covid-19 restrictions stop them from their work. Newspapers have continued to be produced and distributed during the pandemic.

Wednesday 25th November: Exir Sanat workers who work at phase 13 of the South Pars Tonbak wharf are on strike because they say they haven’t received wages for the past 3 months.

Wednesday 25th November: MEK supporters from the city of Hamedan reported that a protest was staged by medical students at Hamedan University because of the way exams are held at the university.

Behbahan city was very active in last years' Nov protests in #Iran and on its anniversary the regime has summoned 71 locals to the Revolution Parquet #Iran1YAfter
The penal court has sentenced 36 #protesters to overall 109 yrs prison + 2590 lashes @BelgiumUN @USAdarFarsi pic.twitter.com/ZJMwrRDGOY

Wednesday 25th November: MEK supporters from the city of Behbehan reported that the locals protested in front of the Bid-e Boland refinery saying that locals should be employed before others. They also commemorated the death of Morteza Farajnia, who was killed by state security forces five years ago. “The youth of this city should not be displaced to work in other towns and provinces when the Bid-e Boland refinery is in the region.” Morteza Farajnia was one of the unemployed locals at Behrohan Shahroui village who was killed during a protest by SSF forces.

Wednesday 25th November: MEK supporters from the city of Sari reported that the local villagers, of the capital of Mazandaran province, protested against the director-general of Mazandaran endowments because of pasture and forest endowments that had been made.

Endowments have been made by Astan-e Quds Razavi (AQR), after the confiscation of natural resources by the regime, including by the Supreme Leader, Ali Khamenei. “Astan-e Quds Razavi has various lands, gardens, wells, and aqueducts across Iran; plus 300,000 tenants from Hamadan, East Azerbaijan, Golestan, Gilan to Tehran, Semnan, and Yazd. The estimated value of Astan-e Quds Razavi’s lands is around 20 billion dollars, to say nothing of its other possessions” according to a report made by the Iranian Resistance (PMOI / MEK Iran).

Women at the forefront of the protests, even regime leaders to acknowledge their role in organizing and leading the rebellion. One year later, the impact of the uprisings lives on, and the people of #Iran are closer to regime change than before. https://t.co/VE1rzc7Vhx #MEK pic.twitter.com/44NEcIKNql

The protests that have been going on across Iran are a sign that many people in Iran do not think that the regime is fit to govern Iran and are demanding regime change.