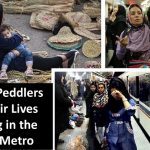 Written by Esmail Mohades on November 23, 2020. Posted in NEWS 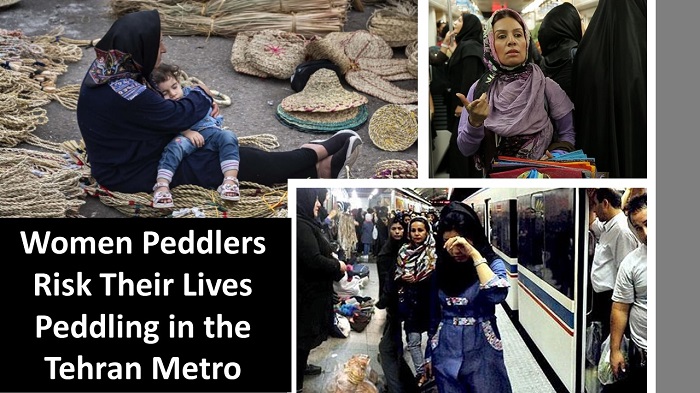 (PMOI / MEK Iran): At least 4 million women head households in Iran. Out of that number 82 percent are unemployed, so live below the poverty line.

The National Council of Resistance of Iran (NCRI), Women’s Committee reported that poverty is driving even more people into handselling in Iran as a way of seeking a living. Women, in particular, are showing their presence in large markets, suburbs, and subway stations. However, there are men present as well.

A woman peddler needs to look after the needs of both the home and the children. Because there are social and cultural issues involved with domestic work, particularly because patriarchal culture prevails she has to be careful not to interfere with male peddlers.

Women are found in the most dangerous places in the city which is the Tehran metro, where contracting COVID-19 is a real risk. According to the People’s Mojahedin Organization of Iran (PMOI / MEK Iran), and the National Council of Resistance of Iran (NCRI)., over 164,000 people have now died from Covid-19 in Iran.

At least 4 million women head households in Iran. Out of that number 82 percent are unemployed, so live below the poverty line.

There are the regime’s welfare organizations available but there are set stringent conditions laid down for women asking for these services such as if a woman is employed, the salary must be 40 percent below the basic salary as determined by the Ministry of Labor. If this threshold is exceeded the women are not entitled to welfare services.

The state-run ILNA news agency interviewed some women and they said they peddled because that is the only method they have to make a living.

#Iran regime has only acted w/ violence against #women peddlers VS providing them a space/location they could sell their goods in safety and with health precautions https://t.co/uwVvudrqtY

A 60-year-old woman said “my husband is sick and lying at home. I have to work. Half of my income goes to renting the house! On the outskirts of Karaj, I rent for more than one million tomans a month. Can I afford to be unemployed?!” She weaves bath mitts at night and sells them on the subway during the day. She adds, “I’m afraid of the Coronavirus, I’m very afraid, but I have no choice; prices have gone up, and I have to be on the subway more than before.”

There are no true statistics that can reveal the true numbers of women peddlers. In September it was revealed that 10,000 peddlers operated in Tehran alone. Hassan Khalilabadi, a member of the Tehran City Council put down the increase in peddling to those who had lost their jobs due to the COVID-19 crisis. 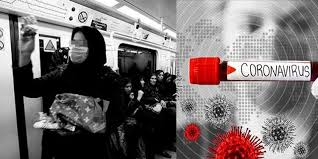 Women Peddlers Risk Their Lives Peddling in the Tehran Metro

In #Ramadan we remember the hungry and the poor, victims of floods & earthquake who have lost their homes under the mullahs’ rule, those who sell their kidneys out of extreme poverty, the workers & unemployed who cannot not afford to feed their children.#Iran pic.twitter.com/SL9YjbiOcU

The solution for female peddlers

Zahra Karimi Moghari, an economist and professor at Mazandaran University, believes that the choice is there to solve the problem by creating decent job opportunities which will provide women with a secure means of making a living.

But because the current regime believes in enforcing women’s oppression does not simply have the desire to offer decent job opportunities and secure livelihoods.

Despite the pandemic, the regime’s officials have failed to provide a workable plan to protect women peddlers and other Iranians from covid-19. What it is doing is using the Covid-19 outbreak to suppress the people.

Mrs. Maryam Rajavi the President-elect of the National Council of Resistance of Iran’s (NCRI): To the heroic people and courageous youths of Iran, I say: The ruling mullahs fear your power. The numerous arrests, the torture, the poverty, and the abandonment of defenseless people in the midst of a deadly disease, reveal mullahs’ fear of your resolve to overthrow them.

To the heroic people and courageous youths of Iran, I say: The ruling mullahs fear your power. The numerous arrests, the torture, the poverty & the abandonment of defenseless people in the midst of a deadly disease, reveal mullahs’ fear of your resolve to overthrow them. #Iran pic.twitter.com/AA4rCPujEe