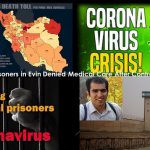 Written by Mohsen Aboutalebi on November 20, 2020. Posted in NEWS 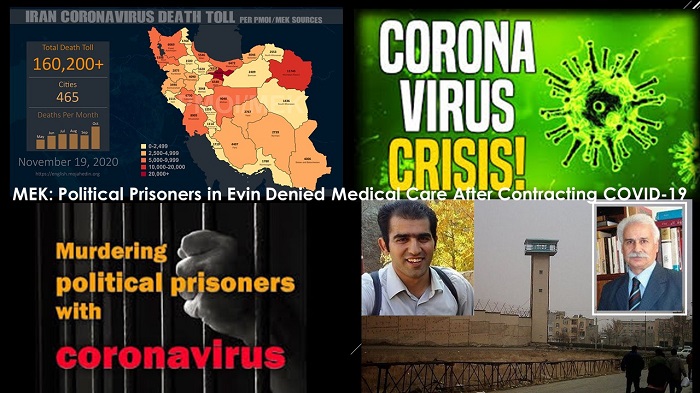 The coronavirus has taken the lives of over 160,200 people throughout Iran, according to the Iranian opposition (PMOI / MEK Iran).

Tehran’s Evin Prison used to be known for its squalid conditions and harsh treatment of prisoners, but now it has become notorious as a Covid-19 hotspot. Over 160,200 people have died of the coronavirus in Iran, according to reports by the Iranian opposition, The People’s Mojahedin Organization of Iran (PMOI / MEK Iran), and the National Council of Resistance of Iran’s (NCRI). Several political prisoners in Evin Prison have been denied any form of medical treatment despite having contracted the disease from other inmates. Some of these prisoners are old or have underlying health problems that make them more susceptible to infection and adverse effects.

According to reports obtained from #Iran's notorious Evin prison, severe cold and lack of access to heaters in Ward 4 has made several prisoners sick. Coronavirus has spread among inmates in Ward 4.#HumanRightshttps://t.co/IIFFB134Ya

Two examples of these political prisoners are 65 years old Mohammad Banazadeh Amirkhizi, with a history of heart failure, and Payam Shakiba, who suffers from regular migraines. Neither of these prisoners has been attended to despite showing typical symptoms of coronavirus.

Evin’s reputation as a Covid-19 hotspot is due to overcrowding and unsanitary conditions rife within the prison wards. Prisoners at this prison are not provided with anything that could help slow down or prevent the spread of the virus. That means no masks or gloves, no wipes, bleach, or soap. Prisoners are only allowed to buy these items at an inflated price at the prison store. Many prisoners simply do not have the money to buy these necessary items and are not allowed to have parcels delivered to them from their families.

Banazdeh is a long-term political activist who has been arrested and imprisoned several times, more recently in 2016 and sentenced to 11 years in prison for supporting the (PMOI / MEK Iran).

Shakiba has also been arrested and imprisoned severalties before on spurious charges. For example, instead of being applauded for exposing sexual misconduct by an administrator at Zanjan University he was arrested and charged with laughable offenses. He was rearrested in 2016 and sentenced to 6 years in prison in 2017.

Banazdeh and Shakiba, together with another political prisoner were transferred to the MOIS run Ward 209 of Evin Prison in August. They were subsequently charged with “propaganda activities against the establishment.”