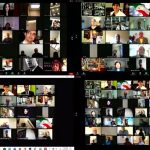 Written by Mohsen Aboutalebi on October 17, 2020. Posted in NEWS 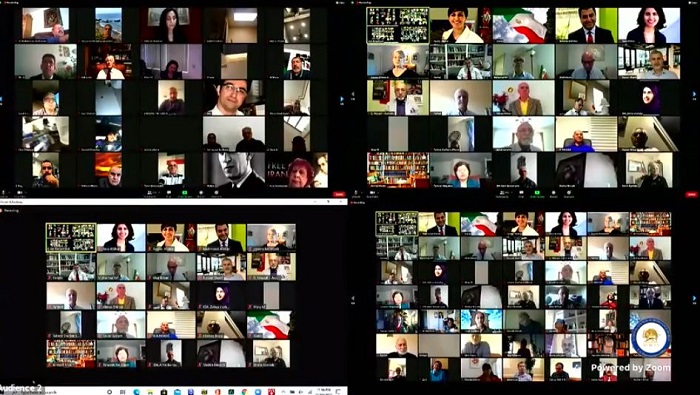 The US office of the National Council of Resistance of Iran (NCRI) held an online conference on Wednesday 14th October on the subject of effective policy towards the Iranian regime. A number of prominent political figures and dignitaries took part in the online event.

Analysis by PMOI/MEKIran, October 15, 2020—In the past month, the Iranian regime has tried to increase repressive…

Reuters confirmed in a special report on December 23, 2019, about the deadly crackdown on November nationwide protests in Iran the death toll of 1500 that was announced by the People’s Mojahedin Organization of Iran (PMOI / MEK Iran) on December 15, 2019. Political prisoners and protesters are still being targeted and treated brutally.

The Deputy Direct of the NCRI’s US Representative Office Alireza Jafarzadeh reminded the participants of the conference that, in just a few days, there will no longer be the conventional arms embargo, meaning that the Iranian regime is free to arm itself as it pleases. He emphasized that Iranian President Hassan Rouhani has already said that the country is going to be able to buy weapons from “anyone we wish” and also sell them to “anyone we wish”.

.@A_Jafarzadeh: When it comes to the people of Iran, their message is clear: They want to overthrow the regime. They have been saying “our enemy is right here in Iran, not in America.” #IranSanctions #Iranhttps://t.co/YILD6MUeQv

Former Under Secretary of Defense for Policy, Ambassador Eric Edelman, said that although sanctions against Iran are important and effective, they cannot be solely relied upon to get “the right outcome”.

There have been explosions of dissent in late 2017, early 2018 and after the shooting down of the Ukrainian airplane. We must help the opposition to the regime reach critical mass.#Iran#IranSanctionshttps://t.co/RTuT3D1xTg

Director of the Douglas and Sarah Allison Center for Foreign Policy Studies and Vice President of the Kathryn and Shelby Cullom Davis Institute for International Studies at The Heritage Foundation, Dr. James Jay Carafano, said that the United States is involved with the issues in Iran because of its global responsibilities and interests. He said that peace and prosperity are important and that there can be no place for terrorism and instability.

.@JJCarafano: Iran’s nuclear program is a global threat. Terrorism & support for terrorist groups are twin challenges that we must deal with.
The U.S. sanctions are meant to deal with these threats. sanctions should continue.#IranSanctions #Iranhttps://t.co/BU02CJzmqD

The Jewish Institute for National Security of America (JINSA) Director of Foreign Policy Mr. Jonathan Ruhe emphasized the dangerous nature of Iran’s nuclear program, making it clear that there are no genuine or peaceful reasons for piling so many resources into it. He advised that the next administration address some of the major flaws in the 2015 Iran nuclear deal and that sanctions are maintained and pressure is increased.

A senior scholar at the National Institute for Public Policy and Professor at Missouri State University, Ambassador Robert Joseph, said that we are now at a “critical crossroads that will shape the region’s environment for a time to come”. He said that three administrations have failed to stop Iran’s nuclear weapons race and that its support of terrorism makes Iran a huge threat.

Ambassador Joseph said that the United States must learn from these mistakes and realize that the regime is untrustworthy and will not keep up its end of the bargain in any agreement.

Amb. Robert Joseph: Iran's regime will not abandon its nuclear program & will try to keep a path toward nuclear weapons. It will not become more moderate. Intl community should be doubling down sanctions & other means of pressure on regime.#IranSanctionshttps://t.co/r3G09N0aIK