On 16 October 2020, the National Council of Resistance of Iran’s (NCRI) United States representative office disclosed in a press conference the details of the Iranian regime’s new centre of continued nuclear activities. The NCRI also revealed that the regime is attempting to destroy all evidence of their nuclear activity, meaning it is of great importance that awareness is spread on the subject.

The NCRI stated that the intelligence gathered from sources within the Iranian regime, reveals that a new centre has been constructed in order to continue the weaponization of the Iranian regime’s nuclear program.

The Organization of Defensive Innovation and Research (Sazman-e Pazhouheshhaye Novin-e Defa’i), known as SPND, is an institution within the Ministry of Defence designated with managing the new centre for nuclear activities.

The Islamic Revolutionary Guard Corps (IRGC) is also responsible for the orchestration of the project, as the agency asserts authority over the Ministry of Defence.

This newly uncovered information demonstrates that the regime has sought to create nuclear weapons from the outset and have not been exclusively pursuing nuclear power, as they wish to portray.

Mr. Alireza Jafarzadeh, NCRI-US Office Deputy Director, addressed the conference: “According to top-secret intelligence obtained by the network inside Iran of the People’s Mojahedin Organization of Iran, (PMOI / MEK Iran) from within the regime, SPND has continued its work following the JCPOA. 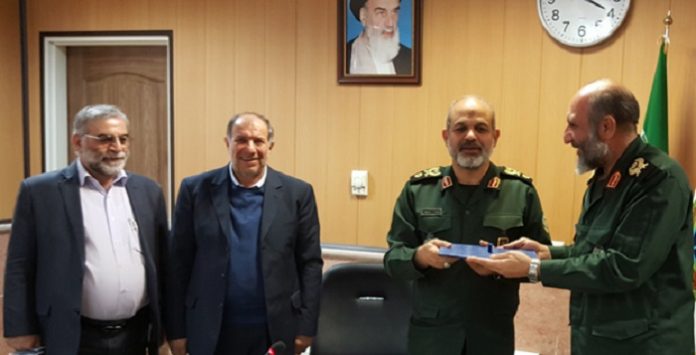 The structure and the personnel of SPND remain intact and part of the institution has been expanded. Brig. Gen. Mohsen Fakhrizadeh Mahabadi continues to remain the head of this organ. Thus, the JCOPA notwithstanding, the Ministry of Defence and the IRGC have maintained their capabilities to build a nuclear weapon,”

“The location of this new site is north of Khojir site, which is the largest complex manufacturing ballistic missiles for the Hemmat Missile Industry and Bakeri Missile Industry. To the north of this new site (north of Damavand Road), command headquarters of the Aerospace Organization of Ministry of Defence and the Mechanical Industries of the Aerospace Organization (known as Mahallati Industries) are located in Hakimiyeh area.”

7) .@A_Jafarzadeh: The location of this new site is north of Khojir site, which is the largest complex manufacturing ballistic missiles for the Hemmat Missile Industry and Bakeri Missile Industry.
The new SPND site shown with a circle, to the south is Khojir site#Nuclear #Iran pic.twitter.com/iBLzwwxAum

Previously the NCRI-US office had disclosed information in April 2017 regarding the continuation of the regime’s nuclear activities in a centre, known as Research Academy, situated in the Parchin complex Southeast of Tehran.

Mr. Jafarzadeh continued: “Tehran has built its new site for SPND in the area of the complexes involved in building missiles, which would also provide a safe cover for its nuclear activities.”

“The construction project of the new site started in 2012 and its construction took several years. Around 2017, some sections of various groups of SPND, including the geophysics, known at the Chamran Group gradually moved in, as the construction of other sections of the site was later completed. By transferring parts of SPND, the area around the activities of its different sections has expanded. Moreover, by being located in a military area, it has found an appropriate cover to keep commutes by, and the identities of, the personnel working there a secret.” 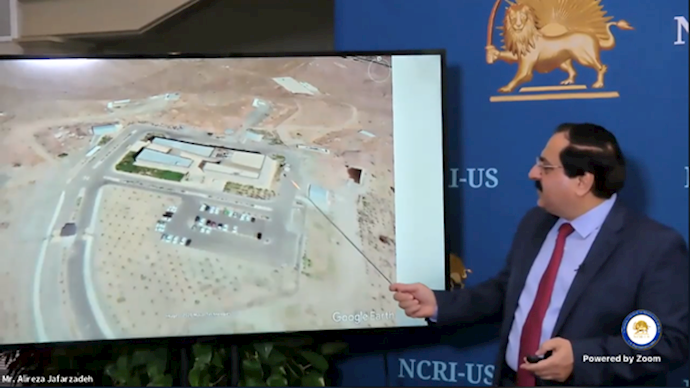 The revelations of the NCRI highlights the importance of ending the international appeasement of Iran. The mullahs’ regime has proved itself to be untrustworthy and any further negotiation will only allow the regime to find a way to continue their pursuit of manufacturing nuclear weapons. The United Nations Security Council and EU Joint Comprehensive Plan of Action (JCPOA) with Iran, known commonly as the Iran nuclear deal, has not been successful in deterring the regime from their dangerous objectives. The NCRI press conference has shown that the regime clearly breached its agreement under the terms of the JCPOA.

The regime is currently feeling threatened, given the destabilizing effects of the major Iran uprisings beginning in December 2017 and continuing to the present day. They fear they will lose their grip on power, as the Iranian resistance grows in support both in Iran and internationally on a governmental level. The possession of Nuclear weapons would be a move by the regime to sustain their power and assert their oppressive control. 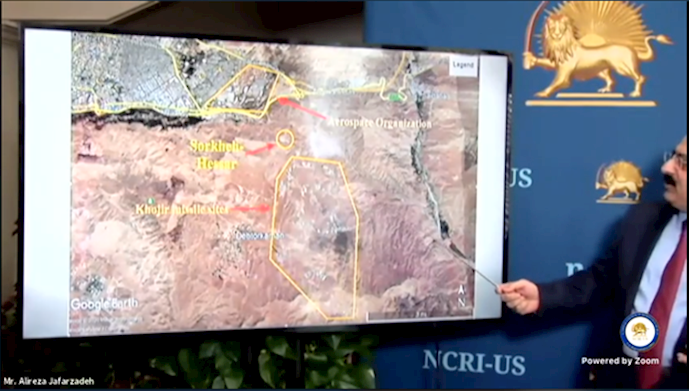 The President-elect of the NCRI, Mrs. Maryam Rajavi, has addressed the solution to ensuring the regime does not possess nuclear weapons. From the outset, Mrs. Rajavi has maintained that the world powers, the UN and EU, have the ability to suppress the regime’s bomb-making centres and could have done so from the initial negotiations of the JCPOA in 2013. Total implementation of the UN Security Council resolutions, and free and unhindered access of IAEA inspectors to suspected centres and facilities of nuclear activities, would be necessary to stop the regime from its nuclear objectives.

Mrs. Rajavi has also stated that the following measures are crucial to maintain a nuclear-free Iran:

Iran’s uranium enrichment program should be immediately terminated as it seeks to obtain the fissile material needed to create a nuclear bomb. The weaponization program must also be stopped, SPND and all associated organizations also exist to orchestrate the development of a nuclear bomb. The world powers must be given access to sites and persons associated with the regime’s nuclear activities to ensure that the regime does not continue conducting nuclear activity covertly. Lastly, to understand the full scope of Iran’s nuclear program, all unanswered questions regarding the Possible Military Dimension should be followed up to ensure total clarity.