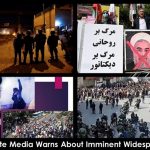 Written by Mohsen Aboutalebi on October 6, 2020. Posted in NEWS 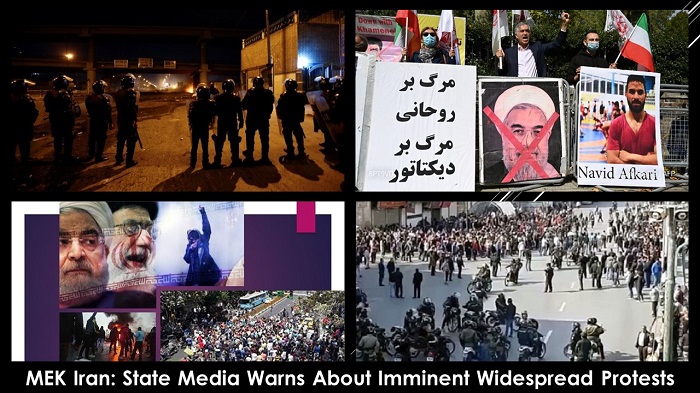 (PMOI / MEK Iran): The recent execution of young wrestling champion Navid Afkari sparked outrage, not just across Iran, but across the world. Following his execution, the people of Iran and political prisoners vowed to continue fighting for freedom in his name.

The Iranian regime fears another major uprising. Over the past three years, there have been three major uprisings. With every uprising that takes place, the regime weakens further and further.

State media has been reporting on the domestic dissent that threatens to spill over at any time into another round of widespread protests. The domestic situation is worsened by the international isolation the regime has brought upon itself.

Poverty is running rampant in #Iran and many people are finding it exceedingly difficult to make ends meet. This is resulting in more protests by various sectors of Iran’s society.#Iranhttps://t.co/Xspx0LG8LY

There are a number of concerns that make the possibility of an uprising even more likely. For example, amid the Coronavirus health crisis, the people are finding their daily lives even more difficult – not just because of the threat of the virus but also because of all the consequences, many of which are economic. So far more than 116,500 people have died of the coronavirus in Iran, according to reports by the People’s Mojahedin Organization of Iran (PMOI / MEK Iran).

Furthermore, the devaluation of the national currency is concerning, as is the extremely quick rise in prices. The regime’s infighting and apparent disaccord do not inspire confidence either.

The regime has been cracking down harder on political prisoners, particularly supporters of MEK and protesters. The recent execution of young wrestling champion Navid Afkari sparked outrage, not just across Iran, but across the world. Following his execution, the people of Iran and political prisoners vowed to continue fighting for freedom in his name.

The basement of the Adelabad Prison, is where #Iran’s wrestling champion #NavidAfkari spent his final days before being executed. The notorious basement of the prison is also called “Ebrat” which literally means “a lesson.” https://t.co/Nosx01Vj6x

And it was recently reported that the father of Amir Hossein Moradi, a political prisoner who was sentenced to execution, has committed suicide because of the intense psychological torture and pressure he has been put under by authorities.

After enduring a year of pressure from #Iran's regime, Naser Moradi, the father of Amir Hossein Moradi, an Iranian political prisoner arrested during the November 2019 nationwide protests, committed suicide on Monday morning & unfortunately lost his life.https://t.co/6igmF6xfXd

A state-run publication recently reported that the regime’s crackdown on political prisoners and protesters is not having the effect that the regime wanted. Instead of it putting fear into the people, it is in fact making them more determined to stand up to the regime. The article in Etemad read: “The non-recurrence of such violence and tragic events is far more beneficial to all than the continuation of a one-sided and one-way display of authority. Other than that, wounds and hatreds will remain, and the shadow of fear of another violence will last.”

Other state-run media outlets have explicitly warned the regime that there is another uprising on the horizon. There are crises in all domains – political, social, cultural, and economic. There is no relief between bouts of crises; it is a continual cycle that never relents.

In recent days, many state-run media have warned for the explosive state of #Iran’s society a repeat of the November 2019 major protests.#IranProtestshttps://t.co/J4V3opSm7U

The Javan publication (with links to the notorious Islamic Revolutionary Guard Corps, IRGC) went one step further, calling on other publications to stop reporting on the reality of the situation for the people of Iran. It said that publishing the truth about the difficulties that the people face will do nothing other than “darken the face of the country and giving hope to the enemies to increase the pressures and sanctions”.

The regime is in trouble and it knows it. The people know the only way they will ever be able to achieve freedom, democracy, respect for human rights, and peace is via regime change and they are determined to bring it down. They just need the support of the international community.

Mrs. Maryam Rajavi the President-elect of the National Council of Resistance of Iran’s (NCRI): Today, regime change in Iran is indispensable not only to freedom and democracy in Iran but also to the health of each and every individual in Iran and to the protection of their houses, cities, and villages against natural disasters.