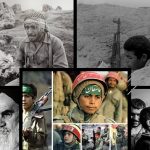 MEK Iran: How the Iranian Regime Began the Iran-Iraq War.

Written by Mohsen Aboutalebi on September 30, 2020. Posted in NEWS

Khomeini, after the 1979 revolution, was seeking to establish his religious empire and pursued a policy of eliminating all of his political rivals, and the resistance force of the MEK, at any cost. In order to cover up and distract from the repression and civil war that Khomeini was instigating in Iran, he sought to initiate a foreign conflict.

The end of September marks the anniversary of the bloody Iran-Iraq war which began on 22 September 1980 when Iran was invaded by Iraq, at the instigation of Iran. The war lasted for eight years as it was needlessly prolonged by the Iranian regime and was one of the most devastating and brutal wars of modern times, with over a million fatalities. The Iranian regime has launched a series of propaganda programs against its main opposition, the People’s Mujahedin of Iran (PMOI / MEK Iran), an attempt to portray the MEK as traitors and demonize them. It is therefore greatly important to understand the true origins of the Iran-Iraq war and who was responsible for it.

Eventually, the regime had to accept the ceasefire with Iraq, because of #MEK international campaign demanding peace. Iran was experiencing unrest so Khomeini ordered the massacre of at least 30,000 political prisoners, most of whom were MEK members.#Iran https://t.co/ANd4CGe2g3

Firstly, it is necessary to consider the social and political circumstances in which the war began. The 1979 revolution in Iran had just taken place and the regime’s clerics were forcefully establishing a new oppressive order throughout Iran. The targets of their oppression were initially women, then the Kurdish people, and ultimately (PMOI / MEK Iran) supporters for their public awareness campaigns.

As each day passed and the clerics’ true colors showed, the MEK gained more support from the Iranian people who turned away from the belligerent regime.

Thread 1:
In this first thread, let's deal with the question,“Who was responsible for the #Iran–#Iraq war? And why?”
A little background about the circumstances in which the war started: pic.twitter.com/mPPXx2e9Cg

Ruhollah Khomeini, the Supreme Leader of Iran after the 1979 revolution, was seeking to establish his religious empire and pursued a policy of eliminating all of his political rivals, and the resistance force of the MEK, at any cost. In order to cover up and distract from the repression and civil war that Khomeini was instigating in Iran, he sought to initiate a foreign conflict.

He first took fifty-two American diplomats and citizens hostage for 444 days from 4 November 1979 to 20 January 1981. This was carried out by a group of Iranian college students from the Muslim Student Followers of the Imam’s Line, who supported the Iranian Revolution and took over the US Embassy in Iran. This was considered an act of terrorism by US President Jimmy Carter and brought great international isolation and suffering to Iran.

The hostages were taken after the US Embassy was stormed in Iran during the Iranian Revolution where fundamental Islamists took power. pic.twitter.com/IfT2JwPxBD

The Instigation of the War

While Iraq may have been the first to invade Iran, it is necessary to question who was responsible for instigating the war.

Five months before the war started, Khomeini, whose words were published by Keyhan state-daily, on 19 April 1980, said: “ Saddam Hussein himself is an infidel due to the Islamic ruling and he is a supporter of infidels…The Iraqi people must work with all in their power to eliminate this corrupt person…If you revolt and destroy this person and replace him with one of yourself. We will help you run the country of Iraq …

I recommend to them, to the Iraqi army, that if they can revolt against this man, they should kill him and replace him, and we will recognize your new government. If this is not possible for them, they should flee.”

Washington must continue escalating economic pressure on #Iran until regime dictator Ali @Khamenei_ir decides to reach for his own “poisoned chalice.”https://t.co/fLxtyNxWLz

Khomeini had laid out his clear intentions to form an Islamic empire, calling on Iraqis to overthrow the Ba’ath government of Iraq. It is true that Iraqi forces started the Iran-Iraq war, however, this came in defense and retaliation to the threats of Khomeini.

The Iran-Iraq war, which continued for eight years, destroyed the national assets and lives of the homeland. Khomeini used the war to immediately lock up Iran’s political climate, creating a full-blown civil war to ensue on the Iranian people, which continues to this day. With the absence of popular support, creating external crises and distractions to shift the focus of the Iranian people has always been a pillar of the Iranian regime’s policy. This includes vilifying the (PMOI / MEK Iran) for their part to play in doing everything within their power to stop the Iran-Iraq war.

Eventually, the mullahs’ regime had to accept the ceasefire with Iraq, because of the Iranian opposition’s international campaign demanding peace. The Iranian regime was experiencing unrest so Khomeini ordered the massacre of at least 30,000 political prisoners, most of whom were MEK members.