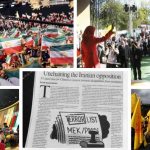 Iran: Anniversary of MEK’s Removal from U.S. Terror List Is Reminder of Failure of Appeasement

Written by Jennifer Jones-Kelley on September 29, 2020. Posted in NEWS 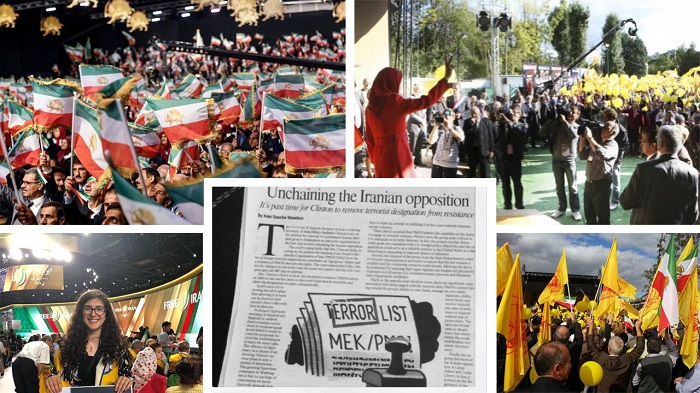 Finally, on February 27, 2012, the MEK took the unprecedented step of filing a writ of mandamus, a court order which compelled the State Department to execute its duties under the law.

Today commemorates the 8th anniversary of the delisting of #Iran’s principal #opposition by the @StateDept. Just months prior in 2012, I called on Sec. Clinton to act decisively by unchaining the Iranian Resistance. Here’s what I said @WashTimes https://t.co/ZfqCCXzt26 @WHNSC 🇺🇸 pic.twitter.com/YwZnWu0C1c

The delisting was the conclusion of a protracted legal battle that spanned two continents and a series of delays by U.S. State Department officials. The hard-won victory came despite a focused campaign of disinformation by the Iranian regime and the U.S. and Europe’s decades-long policy of appeasement toward the mullahs.

Take a close look at @StateDept on Google Maps, this 3D is dated back to September 2011. on our 177 Days of Sit-in: #FreeIran movement is stronger than ever. Do you remember those days??? Any thoughts? #IranRegimeChange pic.twitter.com/VGXsLfwbsb

The U.S. State Department designated the (PMOI / MEK Iran), as an FTO in 1997 as a “goodwill gesture” to newly-elected Iranian regime President Mohammad Khatami. An article published by Reuters on October 13, 1997, described the State Department’s motivation for the listing:

Who, exactly, are the MeK, and what do they want for #Iran? I explore in my latest feature article on the Iranian opposition for @TheNatlInterest https://t.co/hWH0Uz9Tbn

“A U.S. decision branding Iran’s main rebel group ‘terrorists’ is being seen in Tehran as the first positive sign of American goodwill towards the new government of moderate President Mohammad Khatami. Diplomats, analysts, and Iranian newspapers said on Monday the U.S. move was important because it satisfied one of Tehran’s basic demands. But the process of rebuilding ties after two decades of enmity and distrust could be a long one.”

A few photos from the #MEK delisting celebrations #4NewIran pic.twitter.com/yrsDlrS5

The State Department is required to provide a supporting record when adding a group to the terrorist list, but the MEK’s record was comprised of propaganda from the Iranian regime’s Ministry of Intelligence and Security (MOIS) and excluded assessments from independent sources that contradicted allegations of terrorism.

The Iranian regime employed similar tactics in the European Union, the U.K., and France to have the MEK added to terrorist lists, forcing the organization to take its grievances to the courts. The MEK was permitted to submit evidence, and the countries who favored terrorist designations were forced to gather legitimate evidence supporting their claims. Courts consistently found no evidence that the MEK was a terrorist organization and ordered that the group be delisted.

Ted Poe, at International Webinar on #Iran Regime’s Terrorism: They have been at war for a long time. And we have come a long way. We’ve come a long way from the delisting of The #PMOI / #MEK And it’s now the IRGC is labeled a terrorist organization.https://t.co/yHcuZYcFBR

Despite the lack of ambiguity from the courts, governments in each country dragged their feet before complying with court orders to delist the MEK, with the United States being the last to remove the MEK from its terrorist list.

Eight years ago, today, 9/28/2012, Sec. Clinton complied with the unanimous ruling of America's second-highest court to delist the #MEK. Thus ended a 15-year unjustified, politically motivated designation. A victory for the rule of law over political expediency. @statedeptspox pic.twitter.com/maOO7Hjgnv

The MEK first filed a petition in 2008 with U.S. Secretary of State Condoleezza Rice to have its name removed from the FTO list. She denied the request in January 2009, shortly before President George W. Bush left office. In 2010 former Homeland Security Advisor Frances Townsend said that the MEK was not delisted out of “fear that it could have provoked a reaction from Iran.”

Nonsense! MEK's delisting was no act of charity. US's 2nd-highest court told your Dept to put up or shut up. The MEK beat you on your own turf, w your own referees & your own rules. You lost hands down. Why be a sore loser? Being gracious when losing, however painful, is a virtue

Meanwhile, MEK members at Camp Ashraf were under attack by the new Iraqi government and could not be safely relocated without help from the U.S. government. Missile attacks killed dozens of MEK members while State Department officials repeatedly postponed action. The Iranian regime launched a new disinformation campaign against the MEK, while a bipartisan group of U.S. Congressmen called on the State Department to delist the MEK.

Finally, on February 27, 2012, the MEK took the unprecedented step of filing a writ of mandamus, a court order which compelled the State Department to execute its duties under the law. The court accepted the case and ordered the State Department to act by October 8, 2012, lest the court delists the MEK itself. The landmark ruling was the first writ of mandamus issued against a U.S. Secretary of State in 200 years.

Secretary Hillary Clinton complied with the court order just days before the deadline, and the MEK was officially removed from the Foreign Terrorist Organization List on September 28, 2012. Despite overwhelming evidence to the contrary, the U.S. State Department continues to deny that it added the MEK to the FTO list to curry favor with the Iranian regime.

The policy of appeasement that led to the addition of the MEK to the FTO list has been proven to be ineffective. Countries that have made deals with or goodwill gestures to the Iranian regime have failed to end Tehran’s nuclear program, its warmongering in the Middle East, or its rampant human rights abuses.

More than 120,000 MEK members have died at the hands of the Iranian regime since the group was founded. The MEK’s listing as a terrorist organization not only failed to achieve its goal of improving relations between the U.S. and Iran, it also further endangered the pro-democracy activists who are the world’s best hope for a non-nuclear, secular, democratic Iran.