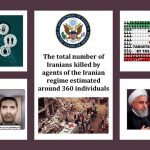 MEK Iran: Foreign Based Iranian Dissidents Increasingly the Target of the Iranian Regime

Written by Esmail Mohades on September 24, 2020. Posted in MEK (PMOI) IN MEDIA 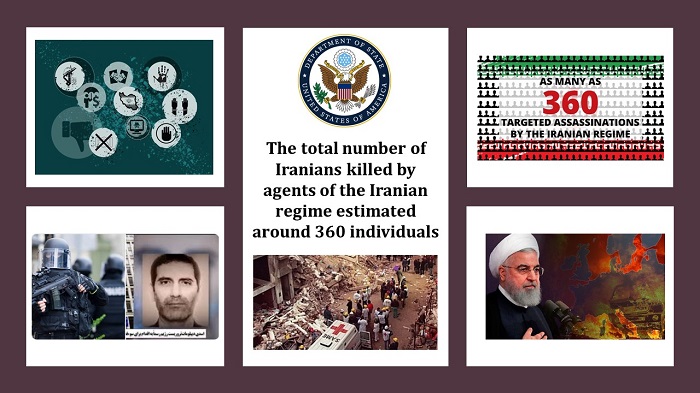 MEK: Foreign-based Iranian dissidents especially members and supporters of the (PMOI / MEK Iran), increasingly the target of the Iranian regime.

The Iranian regime has done it before and now it seems it is doing it again with increasing frequency. It is attempting to do what it can to execute any Iranians based outside of Iran who opposes them politically and especially those who are supporters or members of the main Iranian opposition groups, the National Council of Resistance of Iran (NCRI), and the People’s Mojahedin Organization of Iran (PMOI / MEK Iran). This is just an extension of what they are doing within Iran, but it seems they think that they can get away with it due to the fact that foreign governments are turning a blind eye to the Iranian regime’s disregard for human rights.

Iran’s global campaign of terror has included as many as 360 targeted assassinations in other countries, and mass bombing attacks that killed and maimed hundreds. https://t.co/L0dPiKouTs pic.twitter.com/weoRi9wFrL

The total number of Iranians killed by agents of the Iranian regime since it was formed after the 1979 Revolution outside of Iran has been estimated by the U.S. State Department to be around 360 individuals. The State Department has said that the groups in Iran responsible for these assassinations are the Quds Force, the MOIS (Ministry of Intelligence), or by groups directly financed and aligned to the regime e.g. Hamas or Hizbollah.

In what they call a “global campaign of terror”, a new report claims as many as 360 targeted assassinations overseas, as well as bomb attacks that had killed and maimed hundreds, could be traced to arms of the #Iran’s government.https://t.co/6JWIOIBB4j

Some of the assassinations that have been documented include the following:

European governments need to crack down on Iran

Foreign-based Iranian activists think that the Iranian regime has stepped up assassinations and threats against them because European governments are reluctant to be seen to be too critical of the regime’s human rights record and foreign terrorism.

One political analyst, Faramarz Irani, who is based in Kerman, in Iran, thinks that the European authorities are actually concerned about what the Iranian regime is up to, but think that directly attacking them may lead to more overt attacks on European soil as well as the importation of illegal drugs into Europe in an attempt to obtain foreign currency. Irani says that European attitudes towards the mullahs are inconsistent and this could explain the recent rise in attacks on Iranian dissidents outside of Iran as the regime thinks that it can get away with it.

The abridged article was written by Behrouz Laregani for Al-Mashareq.