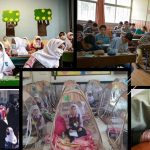 Written by Esmail Mohades on September 17, 2020. Posted in NEWS 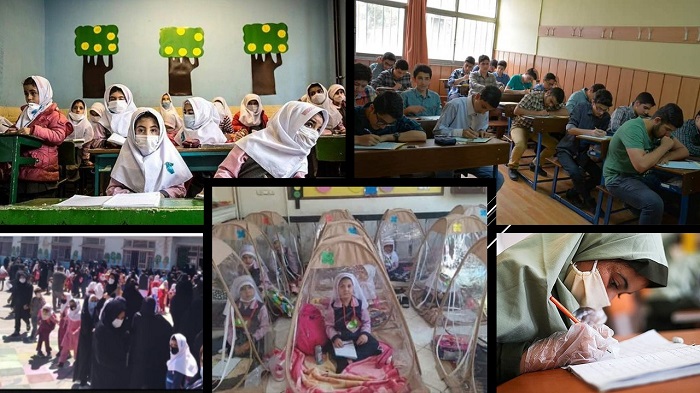 According to reports by the People’s Mojahedin Organization of Iran (PMOI / MEK Iran) Over 103,900 people have died of the coronavirus in Iran. The mullah’s official death count at 23,632, a fifth of the actual figure.

Reports from Iran indicate that dozens of students have become infected with COVID-19 since they reopened. This has already resulted in one death, with more to be expected.

Iranian authorities reopened schools despite all warnings issued by health officials and professionals. This irresponsible move plunged #Iran into a socio-political dilemma in addition to #coronavirus impacts.
Look potential results of this unwise step?https://t.co/KkTtt132NX pic.twitter.com/Td8ClHJ5hc

Media outlets in the country reported earlier this week that 39 pupils had contracted the virus in the province of Lorestan. The following day, another outlet reported that an 8-year-old boy had died, causing great concerns for many parents.

The acting governor of Selseleh in the Delfan area, Afshin Torkarani, said that the children were from different classes. Because of this, Torkarani said that every school in the countries of Firuzabad and Alashtar would be closed until at least 10th October.

The number of cases in the province of Lorestan has risen sharply in the past few weeks with the provincial governor Seyyed Mousa Khademi saying that hospitals are receiving many more patients. He said that people are the cause of this because they are not abiding by guidelines.

The Iranian regime has been quick to pass the blame off on anyone but itself. It is not concerned with preventing the spread of the virus and is making the people of Iran more vulnerable than they should be.

On #InternationalLiteracyDay, basic literacy remains a distant dream for many girl children & women in #Iran.
– Education, neither mandatory nor free
– At least 20M illiterates/little education
– As countries have uprooted it, in Iran, we return2it
– 2-4M students out of schools pic.twitter.com/JYEn8f1UsK

Even a member of Iran’s parliament pointed to the government’s negligence. Back in July, Gonbad Kavus also pointed out that officials are blaming the people. He said: “They should be reporting on what they have done and are doing?… The people do not even have the power to purchase face masks. [Officials] should get a hold of themselves! It is as if they have sworn to kill all the people.”

Many health officials had warned the government that reopening schools would result in a surge of infections. The head of the Coronavirus Task Force in Tehran, Alireza Zali, warned that opening schools would greatly increase the number of people in movement around Tehran meaning that “there is a possibility of a rapid spread of coronavirus among families”.

Another member of the Task Force also emphasized that even if protective measures are adhered to, such as the wearing of masks, the virus will still spread because people are in close spaces for prolonged periods of time. Minoo Mohraz also said that schools are “the most dangerous place to transfer” the virus.

One of the cities in #Tabriz reopening school for children as #coronavirus deaths pass 100,500 in Iran.
These are parents in crowds arriving to receive school books for their children @unicefchief pic.twitter.com/bZoKNFoy5q

Despite the warnings about the reopening of schools, the Minister of Education Mohsen Haj Mirzaei and President Hassan Rouhani stuck by their decision to see them open. Medication strategist Siamak Afazeli said this was “genocide”.

Shahrbanu Amani, a member of Tehran City Council, said that it would still amount to a “human catastrophe” even if only one percent of the young people going back to school caught the virus.

It is still very early days as schools have not been open for very long, but with the arrival of winter and the seasonal viruses that are around every year, it makes for a very worrying time. Only time will tell how this pans out, but it is certain the Iranian President has no regard for the people.

Mrs. Maryam Rajavi is the President-elect of the National Council of Resistance of Iran’s (NCRI): The Staggering Coronavirus Death Toll in 433 Cities Exceeds 103,900: This tragedy is the result of Khamenei and Rouhani’s policies. They will cause a greater tragedy by reopening schools.

The regime’s criminal rulers in #Iran on the one hand order the schools to open without having the minimum hygienic and preventive preparations, and on the other, sanction religious gatherings in the month of Muharram. #COVID19 pic.twitter.com/TSuDawugCN