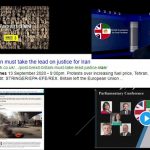 MEK Iran: British MP David Jones Believes that the UK Must Take Action Against the Injustices of the Iranian Regime 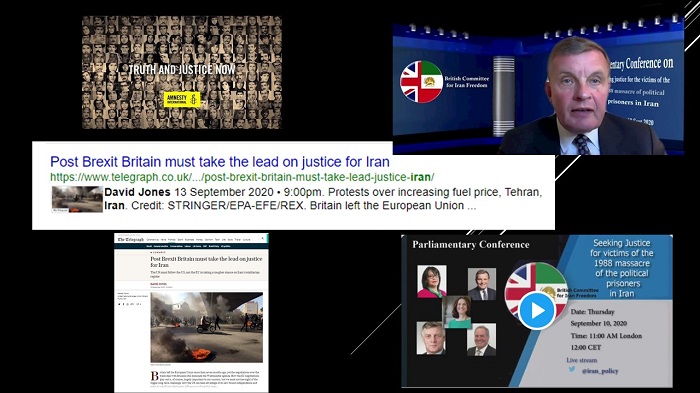 MEK: British MP David Jones believes that the UK must take action against the injustices of the Iranian regime

It is hugely important that the international community supports the Iranian resistance (The National Council of Resistance of Iran (NCRI) and The People’s Mojahedin Organization of Iran (PMOI / MEK Iran))and the people of Iran in the struggle to hold the Iranian regime accountable and prevent future crimes against humanity. In a recent article published to The Telegraph on 13 September 2020, British MP David Jones discussed how the UK can stand in solidarity against the regime.

Maryam Rajavi reiterated the necessity of listing the IRGC as a terrorist organization. She recalled that the Iranian Resistance had declared many times before that the terrorist listing of the IRGC in its entirety is imperative for peace, and security in the Middle East.

A lack of accountability on a global scale allows the regime to continue in its violent and oppressive acts without fear of any consequence. Jones described the UK’s part in the nuclear deal with Iran which has only enabled the regime more freedom to continue on their destructive path: “While still a member of the EU, Britain helped to negotiate the nuclear deal with Iran, which resulted in the suspension of all United Nations sanctions on the Islamist regime. Despite the erratic and provocative conduct of Tehran since the deal was concluded, Britain has, with the other European powers, continued to support it.”

Jones continued to state that for several decades within Europe there has not been enough done to stop the regime from its human rights violations: “Even before the nuclear deal, Europe has generally pursued conciliation and arguably outright appeasement, to the extent of even overlooking vile crimes against humanity in order to avoid undermining relations with the Islamic Republic.”

One of the worst examples of this is the 1988 massacre in Iran, during which over 30,000 political prisoners were murdered by the regime, many of whom were members of or affiliated with the People’s Mujahedin of Iran (MEK). Iranian dissidents attempted to bring this to the attention of the international community but were largely ignored in the West. There has still been no independent investigation into the massacre and the regime continues to act with impunity.

In the article, Jones questioned why the international community claims to value human rights and yet will not speak out about the atrocities of the Iranian regime: “In the months and years to come, we will surely find ourselves asking why so many nations that ostensibly value human rights are still treating with a regime that was the focus of an 80-page Amnesty International report published just a week ago, cataloging more than nine months of torture in Iranian prisons.”

Jones continued: “If this leads to broader efforts to secure justice for past victims of Iranian human rights abuses, it will go a long way toward challenging appeasement policies as a whole… Demanding the restoration of UN sanctions on Iran and an independent international inquiry into the 1988 massacre would be a good starting point.”