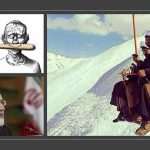 MEK Iran: The Iranian Regime’s Supporters Have Been Making Their Own Statements About Islam 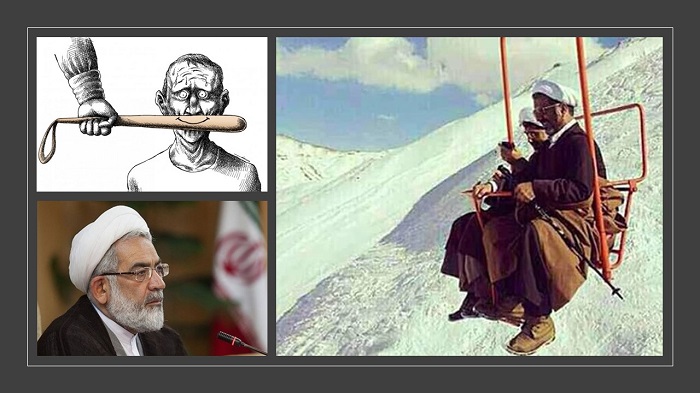 The truth of the matter is that the MEK has no religious preference and supports the plurality of religions and not a nation-state based on one religion alone.

The regime uses seminaries to propagate its ideology, which focuses on the regime’s fundamentalist rules based on their interpretation of the Islamic code. However, there are some changes which are taking place as follows:

#Iran Attorney General says posting flood news on social media “disrupts security”
Jafar Montazeri said that publishing “fake” news on the floods was a security violation adding that those who published such news would be dealt with as “disrupting the security of the country”. pic.twitter.com/UXEQnKb1Ey

#Iran, #HumanRightsViolations
Attorney-General Mohammad Jafar Montazeri recommended his Lieutenants that "We should not be afraid of amputation thefts' hands."
Iranian authorities annually commit horrific crimes against citizens based on fiction accuses of forced confessions. pic.twitter.com/6zHs4zsl1V

Mohammad Ali Ale-Hashem, another of the regime’s key clerics, said: “We must strengthen hope and vitality in Islamic Iranian society. Young people, in particular, should be hopeful about their future and their final task.”

Naser Rafi’i said about The People’s Mojahedin Organization of Iran (PMOI /MEK Iran), the regime’s main opposition, that: “some people find their wages to create frustration, and this is very dangerous, they constantly point out our weaknesses. In Albania, some people are being paid to say these things, to lie, and to disappoint the people.”

Rafi’ I added: “In the society, a lot of words and hadiths with the theme of Rajavi’s sinister claims are transmitted mouth to mouth, but also within the structure of the system, some people willingly or unwillingly, consciously or unconsciously, but just like Rajavi’s claims are repeated and opposed to holding mourning ceremonies!

“And along with this warning, we hear that already pdf documents of Massoud Rajavi’s (Massoud Rajvai, chairman, and founder of the National Council of Resistance of Iran (NCRI)) ‘World view’ (Tabiin Jahan) books circulate in theological seminaries and universities of the country and are shared by students.” (Nasim Kermanshah website, 21 August)

Fearing this situation, cleric Ahmad Alamolhoda, one of the key clerics and the prayer leader of Mashhad city, in a meeting with the ideological and political head of the police force, on 16 August, said: “Muharram and Safar in these circumstances became the bases so that anti-Islam and counter-revolutionaries can make more conspiracies and sedition. Imam (regime’s founder Khomeini) said that the armed forces should not interfere in the political currents, not be indifferent to the currents that harm the revolution and should have the motivation and opinion to defend the revolution.”

One thing that the regime fears the most is losing its despotic power while enforcing Islam as the one and only religion. They are using Islam to suppress democracy so that the people will not turn to the MEK because of their fear of losing Islam. The truth of the matter is that the MEK has no religious preference and supports the plurality of religions and not a nation-state based on one religion alone. MEK is not against Islam.

#Iran's PG Mohammad Jafar Montazeri has once again threatened the #GirlsofRevolutionStreet by calling for the strict treatment of women refusing forced #hijab in public.

Forced hijab is a violation of #humanrights and Montazeri is a career human rights violator. pic.twitter.com/Io9KtsBviR