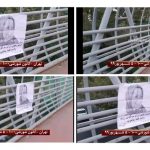 Written by Amineh Qaraee on September 1, 2020. Posted in NEWS 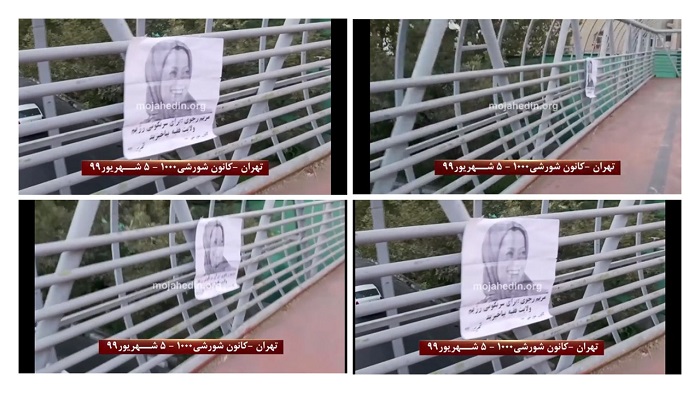 The MEK Resistance Units in Tehran: They bravely called for the end of the regime, echoing the Iranian people’s call for freedom, democracy, and popular sovereignty.

The MEK Iranian Resistance Units, which are the internal network of the People’s Mojahedin Organization of Iran (PMOI / MEK Iran), continued their anti-regime actions despite a brutal crackdown on dissent.

They bravely called for the end of the regime, echoing the Iranian people’s call for freedom, democracy, and popular sovereignty.

At the same time, Iranian youths attacked two of the regime’s suppressive centers, in a clear display of Iran’s explosive state. These two centers in Tehran were responsible for promoting the mullahs’ fundamentalism, so the young people set fire to them in an act of outrage against the regime. 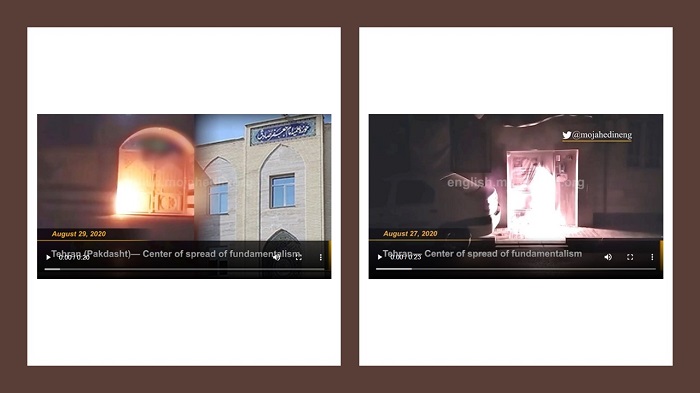 The Resistance Units are small cells of resistance that work together with the MEK to bring an uprising to Iran, with great organizational support from the (PMOI / MEK Iran). They’ve been organizing and mobilizing small daily protests and strikes, as well as reporting on them for the world to see.

In the past three years, the Resistance Units have been so successful that even regime officials and state-run media were forced to admit their leading role in the December 2017 and November 2019 nationwide uprisings.

These protests began over economic grievances but quickly became political, with people chanting “Down with the principle of the Supreme Leader’s rule” and “[Supreme Leader Ali] Khamenei’s rule will be overthrown”, which show that the people of Iran stand with the MEK.

The #MEK Resistance Units are groups of #Iranian activists who have revolted against the current regime. They are small cells of resistance of the Iranian opposition movement, working together to play a leading role in Iran’s protests. #MEK pic.twitter.com/XDWxWhoDtY

Following the December 2017 nationwide protests, Khamenei said on January 9, 2018, that “the MEK is the third side of a triangle that created the uprising that they had prepared since months earlier”. He repeated these concerns over the following months and then, in May 2020, he expressed concern to members of the Revolutionary Guards (IRGC) Basij about the MEK’s growing influence on the young people of Iran.

He’s worried and he has every reason to be.