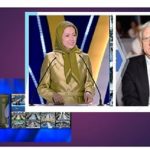 MEK IRAN: ROBERT JOSEPH BELIEVES THAT WE ARE CLOSER THAN EVER TO OUR GOAL OF A FREE IRAN.

Written by Esmail Mohades on August 31, 2020. Posted in NEWS 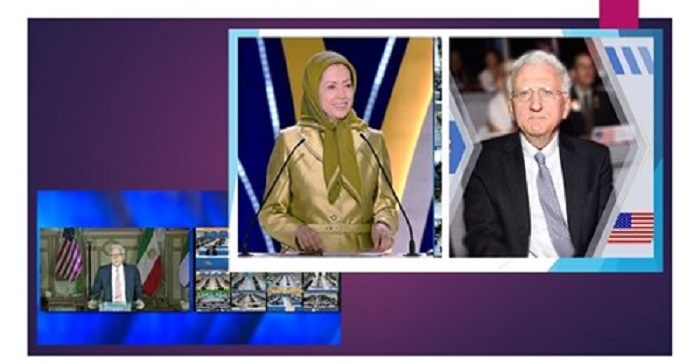 ROBERT JOSEPH: We must work to cut off access to arms by extending the arms embargo.

Robert Joseph, former US Undersecretary of State for Arms Control and International Security, believes that with the work of the (PMOI / MEK Iran) and the democratic resistance, we are closer than ever to our goal of a free Iran, as he discussed in his article published to The Washing Times on 13 August 2020.

The article highlighted the uncertain future of the Iranian regime, as it has driven itself into a state of bankruptcy and economic ruin. Joseph stated: “The mullahs know the economy is in shambles, driven to bankruptcy by systemic corruption, by incompetence, and by international sanctions imposed on the regime for its sponsorship of terrorism, its pursuit of nuclear weapons, and its foreign adventurism that have robbed the Iranian people of their prosperity and their very livelihood.”

"The mullahs know the economy is in shambles, driven to bankruptcy by systemic corruption…" Robert Joseph @iran_policy #FreeIran2020 #sponsored https://t.co/1C2OoRCgVT

Joseph explained that the regime is now in a difficult position, unable to reverse the economic damage it has sustained and appeared weak on an international and internal level: “The mullahs know that they have lost all legitimacy. The Iranian people have now become the principal threat to the regime. The mass killings in the streets across Iran are acts of desperation by a dying regime. Again, there is nowhere to turn.”

As of 30 August 2020, the coronavirus death toll in Iran exceeds 96,900, according to the Health Ministry. The people of Iran will not easily let go of this tragedy which is a further display of weakness by the Iranian regime, unable to provide their citizens with adequate healthcare. Joseph added: “While the mullahs may try to hide the truth, the people know. And the mullahs know that the people know.”

Iran: The People’s Mojahedin Organization of #Iran (PMOI/#MEK) announced on Sunday, August 30, 2020, that the #Coronavirus death toll in 409 cities across Iran had unfortunately passed 96,900. #COVIDー19 https://t.co/zFkxT6BdWA

Joseph underlined the importance of not entering into negotiations that the regime can undermine, such as by breaking the terms of a nuclear arms deal: “We must keep the pressure on the regime from the outside. It’s working, and it must not be relieved by a return to policies of appeasement. We must not throw the regime a lifeline by pursuing new fatally flawed agreements in exchange for more old false and broken promises. We must work to cut off access to arms by extending the arms embargo.”

The MEK and its Resistance Units in the country, plus the NCRI, must be supported by the international community. He…

It is as important now in 2020 as it ever has been to continue to put an international spotlight on Iran’s appalling human rights record and the atrocities, such as the 1988 massacre of political prisoners, that the regime has committed. The MEK continues to call for accountability and an end to impunity for those responsible. Joseph said: “The recent House of Representatives resolution with wide bipartisan support is an important step, as are the growing calls to hold those members of the regime responsible for crimes against humanity.”

Joseph called for support for the MEK and its ongoing efforts, as well as the NCRI and resistance units operating inside Iran. He further addressed the need to combat the false narrative of the MEK being illegitimate which has been spread by the regime. He ended by affirming his respect for Maryam Rajavi, leader of the MEK: We know that regime change must and will come from within. Mrs. Rajavi and the 10-point plan provide the vision for effective action and the means to ensure a peaceful transition to a secular, non-nuclear, democratic, and free Iran. Mrs. Rajavi, I stand with you.”

Over 96,900 people have died of the novel #coronavirus in 409 cities checkered across all of #Iran’s 31 provinces, according to reports tallied by the Iranian opposition PMOI/MEK as of Sunday afternoon local time, August 30.https://t.co/YV934tNXgi