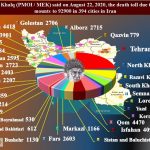 No End in Sight for Iran’s COVID-19 Outbreak 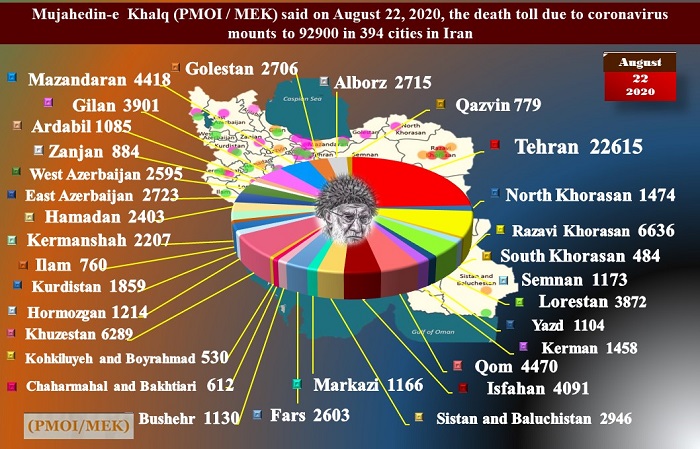 According to the People’s Mojahedin Organization of Iran (PMOI / MEK Iran), more than 92,900 people have died of COVID-19 in 394 cities across all of Iran’s 31 provinces. The official death toll now stands at 20,264, which is approximately one-fifth of the real figure.

More than 92,900 people have died of the novel #coronavirus in 394 cities checkered across all of Iran's 31 provinces, according to the Iranian opposition PMOI/MEK. pic.twitter.com/f5yWkxe8GV

Eyewitness reports have stated that in most provinces there has been a failure to apply even basic social distancing policies even for the college entrance exams. Most observers believe the exams should have been delayed.

Tehran is still considered to be a “highly dangerous and red zone,” reported Alireza Zali, head of the Covid-19 Task Force, on Wednesday. He said there were 515 new Covid-19 patients put in the hospital in the city in the last 24 hours.

By the fall, patient numbers are likely to reach 3,000 and so far three pregnant mothers have lost their lives due to Covid-19 while a 25-year-old mother lost her life only three days ago, and seven other pregnant women are in a bad way. Because of these statistics, there’s no reason to reopen schools, but virtual classrooms should be used instead.

University entrance exams began and will be held over four days for mathematics, applied and human sciences, language, and art. This is could be catastrophic if COVID-19 gets into the student population. At the moment, according to a report from the state-run Young Journalists Club website coronavirus treatment could cost up to $3,500 for patients. This all depends on the patient’s condition.

However, with so many people living below the poverty line, there is no money left over for medical care. Earlier, the regime’s president, Hassan Rouhani, claimed that the government and insurance would cover the cost of 90 percent of the money spent on COVID-19 patients in hospitals.

Mrs. Maryam Rajavi the President-elect of the National Council of Resistance of Iran’s (NCRI): The mullahs’ inhuman regime is responsible for the new wave of the outbreak and the growing number of victims in Iran. They do not think of anything but further plunder and preservation of their disgraceful rule COVID19.