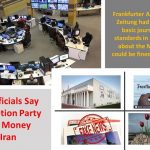 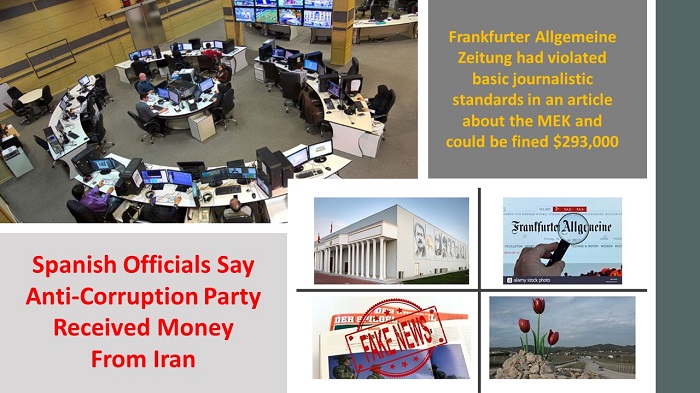 This has been happening for decades, with news organizations like The Guardian, Channel 4 News, Der Spiegel, and the Frankfurter Allgemeine Zeitung recently printing or airing ill-founded reports filled with Intelligence Ministry propaganda.

In July, a German court ruled that the Frankfurter Allgemeine Zeitung had violated basic journalistic standards in an article about the MEK and could be fined $293,000 for each of three offending claims, which the court ordered to be removed from online reports and never printed again. This follows a March 2019 ruling against Der Spiegel with a similar outcome.

The difference in the Spanish case, which came to light after an investigation by the Economic & Fiscal Crime Division of the Spanish Police (UDEF), is that 360 Global Media, is owned by Pablo Iglesias, leader of Spain’s Podemos party. How can Iglesias run a company that takes money from a dictatorship and produces the Spanish-language satellite channel of Iran’s state-run broadcaster IRIB designed solely to demonize the MEK?

Struan Stevenson, the Coordinator of the Campaign for Iran Change and a former member of the European Parliament, wrote: “The Iranian regime has now been exposed for buying influence in leftist Western publications. Surely, that should sound alarm bells for prominent newspapers and media outlets who pay lip service to absurd and disgraceful fabrications about the Iranian opposition, propagated by a pariah regime that is widely recognized as a sponsor of international terror and assassination.”

He explained that over the past 40 years, an uptick in the regime’s anti-MEK propaganda has often paved the way for attacks against the group; after all, if the group is less sympathetic, fewer people will be willing to stand up against the regime on their behalf. He highlighted how several people had been expelled from Albania, where the MK headquarters is after it was discovered that they were plotting against the MEK. This includes Iranian diplomat-terrorists Mohammad Ali Arzpeima Nemati and Seyed Ahmad Hosseini Alast in January and the Iranian ambassador and first secretary in December 2018.

Stevenson wrote: “The Western media who accept clandestine payments or other inducements from the mullahs’ fascist regime to publish such fabrications should hang their heads in shame.”