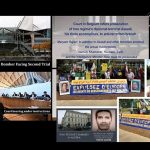 Written by Mohsen Aboutalebi on August 4, 2020. Posted in NEWS 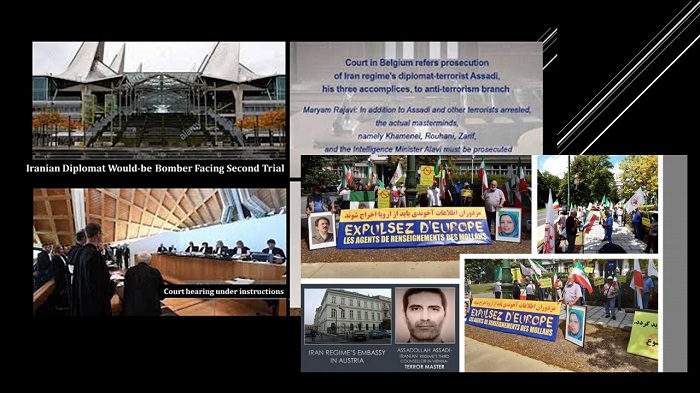 Mullah’s regime orchestrated a bombing of the ‘’Free Iran’’ event in the hope of terrorizing the MEK.

On August 1st in Brussels, Iranians and supporters of the People’s Mojahedin Organization of Iran (PMOI / MEK Iran) and the National Council of Resistance of Iran (NCRI) took part in a protest held at the Iranian regime’s embassy. The theme of the protest was to condemn the terrorist attacks on innocent Iranians.

This demonstration was not that long after the 2nd trial of Assadollah Assadi, the Iranian regime’s diplomat/terrorist. Assadi was taken into custody on July 1st, 2018 with his three associates while trying to bomb the NCRI’s yearly event in Paris called “Free Iran.”   This is the first trial of a diplomat in Europe who has been charged with involvement in a terrorist act.

Why the attempted bombing took place

2018 saw the first of a series of countrywide protests in Iran in which the key player was the MEK. Increasingly, Maryam Rajavi has gathered more and more support for the MEK in international circles. This has not pleased the mullahs at all, so they orchestrated a bombing of the ‘’Free Iran’’ event in the hope of terrorizing the MEK into submission and maybe eliminate Maryam Rajavi for good.

Another failed terrorist attack took place in March of the same year and the target was the MEK’s Nowruz celebrations in Albania. In attendance were Mrs. Rajavi and several foreign guests. The Iranian ambassador to Albania, along with 3 other diplomats, were immediately expelled from the country.

On July 30th, the Antwerp court in Belgium had the 2nd second hearing on this case and the 3 judges referred the four terrorists to the Antwerp Special Counter-Terrorism Branch. Despite ongoing protests from the regime, the trial will start on November 27th of this year.

Assadi is a veteran of the notorious terrorist organization the Ministry of Intelligence and Security (MOIS) and he acted as its station chief in Austria. This is the base of this terrorist group’s operation in Europe.

Who approved the bombing?

Mrs. Rajavi testified for 7 hours while presenting documents that showed that the terrorist operation was decided by the regime’s Supreme National Security Council whose head happens to be Hasan Rouhani, the regime’s president. It was also approved directly by the Supreme Leader Ali Khamenei.

Mrs. Rajavi said that not only should those already arrested be prosecuted but those behind this despicable act too. She named the following perpetrators:

She said this is the only way terrorism can be brought to an end.

Other key figures who testified in court included: