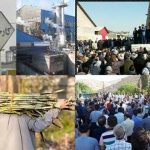 Written by Jennifer Jones-Kelley on August 2, 2020. Posted in NEWS 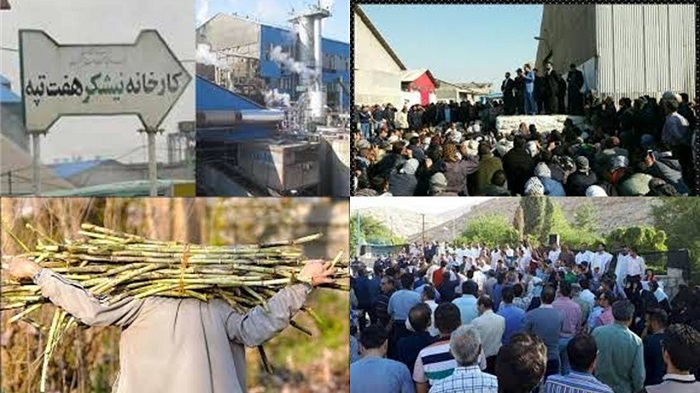 (PMOI / MEK Iran): Mullah’s regime has responded to the protests at Haft Tappeh with suppressive force.

The factory workers and other employees at the Haft Tappeh Sugarcane Company in Shush have protested for almost 50 days against the privatization of the company and delays in payment of their wages. They have also demanded the rehire of four of their colleagues who were fired for participating in past protests. The striking workers have protested continuously for the past seven weeks but have still not received answers to their demands.

July 25 – Shush, southwest #Iran
Employees of the Haft Tappeh Sugarcane Company are protesting & on a strike for the 41st consecutive day, demanding delayed paychecks and answers to other outstanding issues raised with company officials.#IranProtests pic.twitter.com/tSFuYz1juH

The workers, many of whom have not received their earned wages in several months, march daily in front of the company’s offices chanting against the privatization of the company. Their slogans target company officials, regime leaders, and the provincial governor of Khuzestan.

The regime has responded to the protests at Haft Tappeh with suppressive force. Security forces have been deployed numerous times to break up protests at the factory over the past two years. Since 2018, a dozen of the arrested protesters have been tortured and forced to make false confessions on state television. The MEK previously reported that forced confessions are a common tactic employed by the regime. Experts have noted that these “confessions” are almost always retracted after their subjects are released from prison.

“Actions such as broadcasting forced confessions will only deepen the public resent, like embers that will flare up again when you stir the ashes.”#Iran#IranProtestshttps://t.co/84b2lhdsqG

In February of this year, the regime deployed its special anti-riot guard from the nearby city of Ahvaz to suppress ongoing protests and strikes. The riot police stormed the factory, attacking protesters and occupying the building before arresting dozens of workers. The arrested protesters were transferred to Haft Tappeh security forces station and then sent on to the Justice Department in Shush.

The workers at Haft Tappeh have protested against privatization and delayed wages for several years, due to a pattern of corruption that has left the workers in an impossible situation. The Haft Tappeh Sugarcane Company is the largest employer in Shush, and jobs are scarce, but paychecks are delayed for months. The failure to pay employees is even more shameful during the Covid-19 pandemic. Employees were forced to return to work before it was safe and then denied payment for their work.

#Iran, #Khuzestan–Haft-Tappeh sugarcane workers protest against corrupt manager Omid AsadBeigi, who seized the company due to his strong ties with officials and systematic nepotism.
"AsadBeigi, be ashamed, leave the Haft-Tappeh," workers chanted on day 14th of their strike. pic.twitter.com/iiRhPeZvJE

The problems at Haft Tappeh began in 2015 when the company was auctioned to 28-year-old Omid Asadbeigi and 31-year-old Mehrdad Rostami for a down payment of 6 billion tomans (approximately $1,500 USD). Asadbeigi was given $1.4 billion in government currency to use on the company, but he sold the currency on the open market. According to a report from the Workers Union, the Khuzestan Provincial Security Council gave Asadbeigi a special “license” to pay workers’ wages late.

As a result of public outrage,  Asadbeigi is finally facing trial, but the trial itself has exposed even more corruption. On May 21, the Revolutionary Guards-affiliated Fars news agency reported that Asadbeigi stated during the investigation he paid for Khuzestan provincial governor Gholamreza Shariati and his family to take a vacation abroad.

Mrs. Maryam Rajavi, President-elect of the National Council of Resistance of Iran (NCRI), responded to the recent events in Shush on Twitter. She tweeted:

“Hail to the workers of Haft-Tappeh sugarcane company in Shush who have been on protest and strike for 50 days. The clerical regime has abandoned our people in the clutches of disease, unemployment, and poverty. They do not pay workers and nurses’ salaries. The only solution is replacing the mullahs’ oppressive rule in Iran with people’s sovereignty and the rule of democracy.”

Hail to the workers of Haft-Tappeh sugarcane company in Shush who have been on protest and strike for 50 days. #Iran