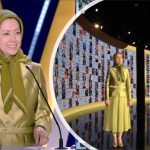 Written by Jennifer Jones-Kelley on July 21, 2020. Posted in NEWS 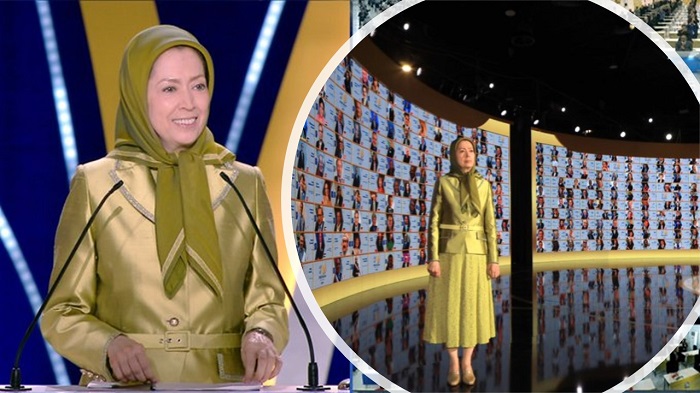 MEK creates trust and faith between Iran and the world.

Day Three of the Free Iran Global Summit continued with speeches from prominent politicians, diplomats, and dignitaries from across the political spectrum. Speakers condemned the Iranian regime’s terrorist actions across the world and called on Western governments to adopt firm policies regarding the Iranian regime. The following are highlights from Monday’s speeches:

“When necessary, we must take firm decisive action to deter the regime’s terrorist activities. We need to recognize that terrorism is part of the fabric of this regime. Countries must very closely monitor and surveil the activities of Iranian diplomats, and when necessary shut down the regime’s embassies.”

“We think that freedom will be the future of Iran. And we believe that the MEK creates trust and faith between Iran and the world. Iran has the vaccine for its future. It is the MEK and the people who fight for freedom.”

“The time has come to pull down the curtain on this murderous regime. The regime’s sell-by date has expired. The rulers have earned their place in the trashcan of history. It is time to say goodbye and good riddance.”

Leader of the Albanian Republican Party and former Minister of Defense

“Iran presents a threat to our security. We should not ignore that fact. We must talk about it in NATO meetings. We should join you not only in conferences but also in activities that will help us raise this issue to another level.”

“I am proud to support Iranian women who struggle for freedom and democracy. I stand firm with Madame Rajavi and the Iranian Resistance units inside Iran.”

The representative of the Organization of Iranian Kurdistan Struggle (Khebat)

“The mullahs’ regime has committed many crimes against the people of Iranian Kurdistan. Any action or civil rights activist is being branded as security issues and dozens of Kurds are being executed by this regime.”

“Our resolution supports the rights of all Iranians all around the world. It calls on the administration to provide free internet access to Iranians. Members of the Iranian regime must be held accountable for their suppression of free speech.”

“I am one of the plaintiffs in the trial against the arrested regime diplomat in Belgium. So I am encouraged to hear that finally after a two-year investigation, the first closed-door court hearing will start soon.”

“The regime’s embassies are covers for terrorist activity. They also use them to procure nuclear material. Do these governments want legal responsibility that embassies in their countries were used to take lives? It is time to close the embassies of the regime and to put the Quds Force on the terror list.”

Former U.S. Under Secretary of State for Arms Control and International Security

“Today’s event is a call to action. If we want to stop terrorist acts, the mullahs must know there are real consequences. This is the fundamental principle of deterrence. We need to see and treat the regime for what it is.”

“Albania stands firm against any kind of terrorism. We support the Iranian opposition.”

“Today, the people in the streets of Iran are calling for the overthrow of Iran, and they are holding up pictures of Madame Rajavi and the MEK.”

“There is something we can do to help. We must get the European government to support decency, what they stand for: democracy and freedom. They should be on the side of your freedom and not the side of greed. The more pressure we put on Iran, the faster this can happen.”

“The power of Iran lies in its people, and the friends of Iran and MEK need to do everything they can to support the people and opposition movements like the MEK who are at the frontlines of trying to build a peaceful Iran along the lines of Mrs. Rajavi’s ten-point plan.”

“The free Iranian people are standing up against the murderous regime. The regime is falling apart from inside. Their proxies are failing. We must ask what we can do to stop the interference of the regime. Iran is trying to fabricate and make more crises.”

“When you have a democracy, you can take care of those who are in need. It is important to condemn human rights violations in Iran. I support the ten-point plan of Madame Rajavi to support a free, democratic, and nuclear-free Iran.”

“We strongly condemn the killing of thousands of innocent Iranians by the brutal regime. The situation in Iran has become even worse during the Covid-19 pandemic. The Iranian regime must be held responsible.”

“Iranians have rejected both theocracy and monarchists. I support Madam Rajavi’s ten-point plan. I have no doubt that soon the day will come that Madam Rajavi will be able to put her plan into effect.”

“The regime is abusing its power, suppressing its people, and threatening the world. We in the U.S. Congress believe that shutting down the Iranian regime’s embassy in Albania will make all Albanians more secure.”

“Thousands of Iranians have suffered arrest and death for standing up against the regime of Iran. We support the people’s struggle against the Iranian regime.”

“We are struggling against the same enemy. We must reaffirm our commitment against the Iranian regime and its policy of hatred. The regime has consumed the resources of the people and abandoned them in poverty. They don’t listen to the demands of the people. They employ terrorism to destroy the opposition.”

“Our goal is to have a freedom-loving Iran that is nuclear-free and respects its neighbors. I’m a friend of the people of Iran, not its government.”

“The Iranian government can’t be trusted. They sponsor terrorism and suppress their citizens, escalate tensions in the region. I support your quest for freedom.”

“I had many conversations with the residents of Ashraf. I met wonderful women in Ashraf who had made the choice to fight for the freedom of their country since their youth. They love their country and want their people to be happy. The women who sacrificed their lives for freedom will never be forgotten.”

Mayor of Durrës, a town near Ashraf 3 in Albania

“During the past three years, the MEK has established friendly relations with the local communities. I would like to say Ashraf 3 has played a positive role in the area and provided humanitarian aid to the locals. I wish you a fast return to your country when freedom and democracy are established.”

“The mullahs’ regime wants to concentrate all power in the Supreme Leader. This does not promote liberty. We need to end this regime before we can restore relations between Iran and Arab countries.”