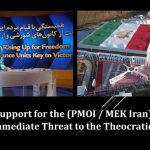 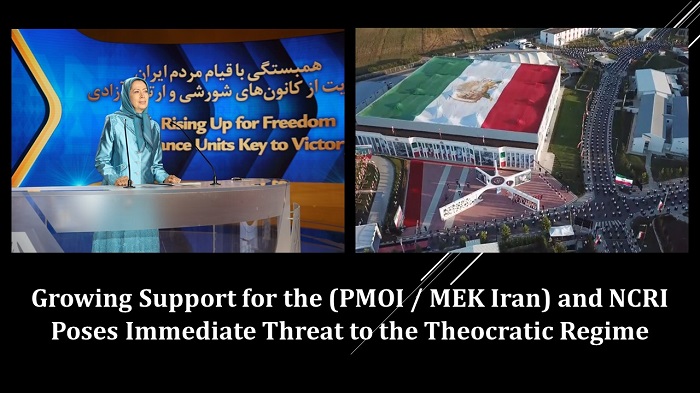 On July 17 and 18, 2020, The National Council of Resistance of Iran (NCRI), and supporters of The People’s Mojahedin Organization of Iran (PMOI / MEK Iran) took part in its annual “Free Iran” event. This took a different form and took place online due to the presence of the COVID-19 pandemic. It linked up more than 30,000 locations from 100 countries globally. Almost 1,000 prominent politicians participated in this conference where they have offered ongoing support for the Iranian people and their organized resistance movement.

The presence of Covid-19 hasn’t stopped Iranian dissidents (NCRI) and (PMOI / MEK Iran) and their political supporters getting together while still protecting themselves from the virus.

In New York, several important people spoke out in support of the (NCRI). They were:

These aren’t the only ones as dozens of Democrats, Republicans, and Independents attended NCRI’s Free Iran Global Summit too.

For many years now the regime has tried to demonize the Iranian Resistance (NCRI) and (PMOI / MEK Iran). This is because it is a feasible alternative to the current terrorist regime. Rudy Giuliani said himself “there are real possibilities for a free and non-nuclear Iran.”

Unfortunately, the international community has been more concerned with Iran’s nuclear capability and it has taken precedent over other key concerns like massacres of innocent protestors and executions of political activists who support the MEK. Just last month, the International Atomic Energy Agency’s Board of Governors demanded that Iran be fully compliant and reduce its nuclear activities in 2016.

The (NCRI) believes that whatever the mullahs agree to this won’t stop them going ahead with its aim of producing a nuclear bomb. This, like all the other issues affecting the well-being of the Iranian people, is only likely to change or improve if there is a regime change where democracy and freedom are respected. The Free Iran Global Summit only confirms that the regime has become even more belligerent since the nuclear deal was reached.

Nothing could be worse than the way the regime has failed to support the ordinary people in the COVID-19 pandemic. 72,000 lives have been lost, but little of the people’s money held by the mullahs have been directed to help them.

Western governments fear the regime. That is why they have been appeasing it for so long. Meanwhile, the Iranian Resistance (NCRI) and (PMOI / MEK Iran) have been pursuing Iran a secular and non-nuclear government.

#Iran: Ashraf 3 – Albania: Commemorating the 32nd Anniversary of the #1988Massacr of the Political Prisoners #FreeIran2020 https://t.co/GB3x7A2qpB

Back in 2018, (NCRI) President-elect, Mrs. Maryam Rajavi told lawmakers in Washington, “We want a non-nuclear Iran, free of weapons of mass destruction.” These demands haven’t changed much and have consistently remained in Mrs. Rajavi’s “10-point plan” once the regime has been overthrown.

The Resistance Movement (NCRI) and (PMOI / MEK Iran) at The Free Iran Global Summit stated that there wasn’t long to go as shown by the ever-increasing frequency of protests against the regime staged throughout the country.

Even more recently, the leading Iranian regime’s officials admitted that their regime was under threat from the People’s Mojahedin Organization of Iran (PMOI / MEK Iran). This could have happened earlier if it hadn’t been for western governments’ appeasement of the mullahs’ regime all these years.