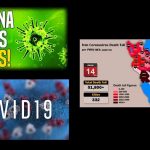 Fatality Rises Faster Than Ever in Iran: Nearly 52,000 Dead From Covid-19 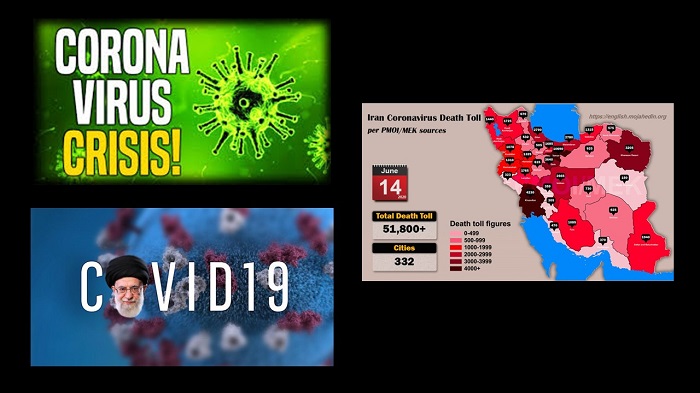 Maryam Rajavi, tweeted that the spread of Covid-19 across Iran was a direct result of the inhumane regime in Iran.

The Iranian opposition People’s Mojahedin Organization of Iran (PMOI / MEK Iran) has received reliable reports of nearly 52,000 deaths across Iran from Covid-19 as of Sunday 14th June. These figures are far higher than those released by the regime, which has confirmed only 8,837 at the same point to the World Health Organization (WHO).

More than 51,800 people have died of the novel #coronavirus in 332 cities checkered across all of #Iran's 31 provinces, according to the Iranian opposition PMOI/MEK. pic.twitter.com/YNMEP38Lrv

Figures obtained by the MEK include:

Even the mullahs’ regime’s spokesperson for the Health Ministry, admitted that the number of daily fatalities is again increasing, with the regime’s figure of 108 new deaths the “highest daily report in the past two months.” “This virus is unpredictable and may catch us off guard at any moment,” said the spokesperson.

It is obvious from comments made by some of the regime’s top officials that the regime is worried about the resurgence of the disease, even though they are trying to sweep the second wave of Covid-19 under the rug. Alireza Zali, Tehran’s COVID-19 Task Force chief, was reported as saying “the newly hospitalized patients in the general and ICU branches of our province’s hospitals indicate how controlling the novel coronavirus in Tehran is so fragile,” in a news report carried by the IRGC affiliated Fars news agency.

Even the IRGC’s Quds Force is showing concern about the crisis engulfing parts of the country. In a report by the Tasnim news agency, it was reported that “based on the Health Ministry’s daily stats, 16 percent of the country’s victims are in Hormozgan province. The status quo is far beyond alarm bells, warnings, or red signs. Hormozgan is now engulfed in a crisis and it is not clear if it can overcome these circumstances.”

A member of the Bandar Abbas City Council said that a quarantine period of at least a week needed to be implemented in Hormozgan to deal with the disease. “Otherwise the COVID-19 spread will accelerate and will take more victims. The novel coronavirus is impacting all aspects of our society,” reported the official to the ILNA news agency.

Maryam Rajavi, the NCRI’s president-elect, tweeted that the spread of Covid-19 across Iran was a direct result of the inhumane and callous policies of Ali Khamenei and Hassan Rouhani.

The increasing trend of the #Coronavirus nationwide as the direct result of the clerical regime's criminal and inhuman policies. Khamenei and Rouhani are the first among officials responsible for our compatriots losing their lives on such a vast scale. #Iran pic.twitter.com/odBYfP5wWs

“The capacity of Ganjavian Hospital is almost full… Our staff is tired. Five percent of the staff in the jurisdiction of this hospital, approximately 110 people, have contracted coronavirus. About 15 of them are physicians and 50 are nurses,” according to the dean of Dezful Medical Sciences University in Khuzestan province.

The mayor of Behbehan City Council said that the situation in his county was at code red. “An order has been dispatched to immediately turn off the lights in parks and to block roads that lead to the cemetery,” he declared. He also added that the cemetery in the city had been closed as it was full to capacity and the closure was done to stop the spread of the virus.

The IRNA reported from Kudistan that the province was experiencing a new “week of death.” The hospitals in Kurdistan are full and have no capacity for more Covid-19 patients. “There are seven times more coronavirus patients than the previous wave of infection.”

The number of new cases in Isfahan has been rising by at least 3 to 5 percent a day, according to the dean of the medical sciences university. “The number of cases has increased from 350 to 450 patients in the past week. About 26 percent of these patients are hospitalized in the ICU section.”

News from Bushehr is also grim. According to the dean of the medical sciences university there, there have been more deaths from Covid-19 in the last three weeks than the first three months of the epidemic. There is now six times the number of patients in hospital than last month.

The #PMOI / #MEK #Iran previously reported that Iranians are starting to take their old grievances to the streets again, and the regime is well aware of this. https://t.co/NeSQCRHWG5 #IRGCTerrorWithoutBorders #Iranian #coronavirus #COVID19 @USAdarFarsi pic.twitter.com/dcfx1OZXFf

In Kerman, as reported by Tasnim, there are now no “white cities,” according to the dean of Kerman Medical Sciences University.

A ‘human catastrophe” is occurring in Eastern Azerbaijan, according to the deputy dean of Tabriz Medical Sciences University, as reported by ISNA. “The number of hospitalized coronavirus patients and patients who are in critical conditions has increased… The stats are worrying, and the control of the disease has become very difficult.”

In Western Azerbaijan, the worry is that the average age of those infected is decreasing, according to the province’s governor.

All of Golestan’s cities are now in code yellow, according to the dean of the medical sciences university, while Bandar-e Gaz county has been declared code red.