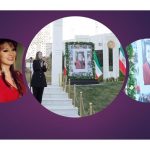 Written by Mohsen Aboutalebi on June 10, 2020. Posted in NEWS 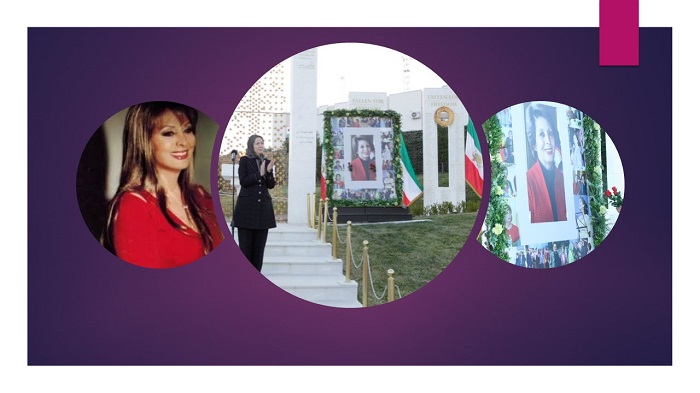 Marjan arrested in 1982 for supporting the (PMOI / MEK Iran), and She joined the Iranian Resistance in exile.

Iranian celebrity and former political prisoner, Marjan, passed away on Friday following a surgical operation. The 71-year-old was a popular actress and singer, who started as a radio announcer in her teens and became the voice of Iranian Resistance (NCRI).

Marjan, born Shahla Safi Zamir, was banned from singing after the mullahs took power in Iran, as were many other female artists, and then she was arrested in 1982 for supporting the People’s Mojahedin Organization of Iran (PMOI / MEK Iran).

She had previously said: “The regime was at war with artists and particularly with women. It did not cherish music and had declared it unlawful… The art community was annihilated altogether. … So, I decided to fight because it was my right to live free in my own country. Those days, the best-organized group was the People’s Mojahedin Organization (PMOI / MEK Iran). After I was arrested, I was directly taken to solitary confinement… Later on, I asked why… And they told me, ‘because your charge was serious. You were a famous person and you joined this group (PMOI / MEK Iran).’ “

During her years in prison, at which point her properties were confiscated by the regime, Marjan met more of the young women who were jailed for supporting the (PMOI / MEK Iran), some as young as 10, and this changed her life.

After her release, she said: “I feel humbled when I recall the resistance and perseverance of prisoners I met in the clerical regime’s jails.”

Marjan and her husband were eventually released from prison and tried to rejoin the (PMOI / MEK Iran), but the regime found out so she fled the country for Los Angeles where she lived for the rest of her life. Throughout her exile, Marjan remained always in contact with the National Council of Resistance of Iran (NCRI) and used her talents to advance the cause of the Iranian Resistance, singing songs that were beloved by young people and women, including, “Rouyesh Nagozir” (inevitable sprouting) and “vaght-e barandazi” (time for regime change).

#Marjan's last performance which was never diffused: "We will build a nation" :
A nation w/o executions, w/o repression, w/o ambitions to build nuclear bomb, where men & women R =, where cranes will be used to rebuild #Iran & not used 4terror…
RIP مرجان#https://t.co/BTKkAC3zn5

She said: “My voice is my weapon until the day our fellow compatriots are free. And I would prefer to use my voice not in concerts but in the conventions of the National Council of Resistance (NCRI), against the mullahs ruling my country.”

The (NCRI) responded by saying that Marjan was a brave and liberated woman who stood up to the regime until her last breath and will continue to inspire the Iranian people, particularly women to fight for freedom.

Maryam Rajavi’s condolences on the loss of Marjan:

I was deeply saddened by the untimely death of Iran’s popular artist, my dear Marjan.

Painful years of incarceration and torture alongside resistant women of the (PMOI / MEK Iran), led Marjan’s freedom-loving soul and restless conscience to a new path to freedom of her people and her country.

She joined the (PMOI / MEK Iran) and the Iranian Resistance in exile. For two decades, she was the inspiring voice of Iran’s oppressed women and girls. In the dark of the night, her voice gave glad tidings of looming dawn.

She rose up against the status quo and attested to this truth that commitment to freedom is all of what every human being has. And in the era of darkness and repression, a popular artist must deliver on this great commitment.