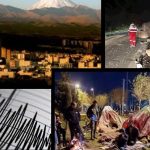 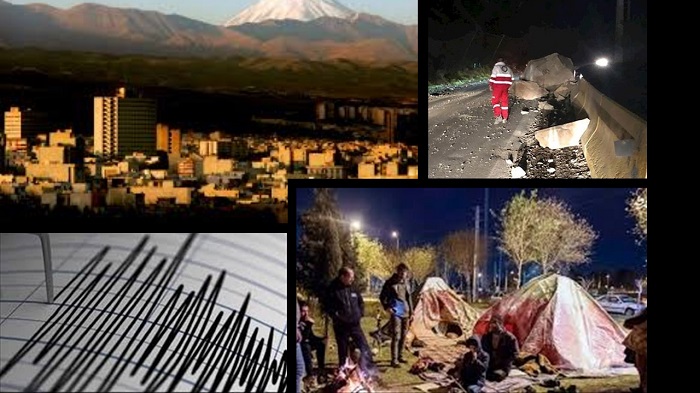 Devastating earthquakes have been left behind by the Iranian regime.

The state-run Mostaghel daily reported today that Iran could lose 5 million people if the country is affected by a 7.0 magnitude earthquake. This is according to one of the regime’s experts, Professor Bahram Akashe. This forecast is related to several small earthquakes that have been felt daily in Tehran. This is allegedly a wake-up call to the possibility of a larger, more devastating earthquake, occurring sometime soon.

The article alluded to the 1755 Great Lisbon earthquake, which killed 100,000 people in an 8.5 to 9.00 magnitude earthquake. Because Tehran is particularly vulnerable it has been suggested that there should not be such a concentration of people in one city and the population should be dispersed to reduce a potential high casualty rate and lower the pressure on health services.

Despite Tehran being in a danger zone, the current Iranian regime has encouraged the growth of Tehran. Earlier this month was a reminder to what could happen after a 4.6 magnitude earthquake killed two and injured many more. Not long after that event, a 2.9 tremor was felt which sent people fleeing from their homes to open spaces. This earthquake activity could be felt some distance away in the cities of Alborz, Mazandaran, Qazvin, and Zanjan.

Iran sits on a tectonic plate boundary so the country regularly experiences unstable activity. When people are injured lives are lost because of the badly funded emergency and medical services, coupled with poor building construction standards.

The state-run Mostaghel daily in #Iran published a piece on May 11 titled, “Tehran will one day be destroyed!” warning about the consequences of a massive earthquake hitting the Iranian capital.https://t.co/0r7b2VSe9a

“After the earthquake of 2017, we saw another earthquake in the capital, but we see that after each earthquake, these issues are raised and after a while, it is forgotten. We have more than 300 districts in Tehran, that special facility should be considered for them according to the conditions of each of them. In this important matter, the government should help the city administration, because given the situation in Tehran, if an earthquake of more than 6 magnitudes on the Richter scale occurs, the vulnerability of Tehran would increase. The government must help provide the infrastructure.”

History of earthquake activity in Iran

Over the years those affected by these devastating earthquakes have been left behind by the Iranian regime. Some still live out their lives in shantytowns.