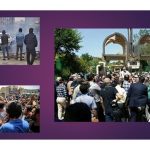 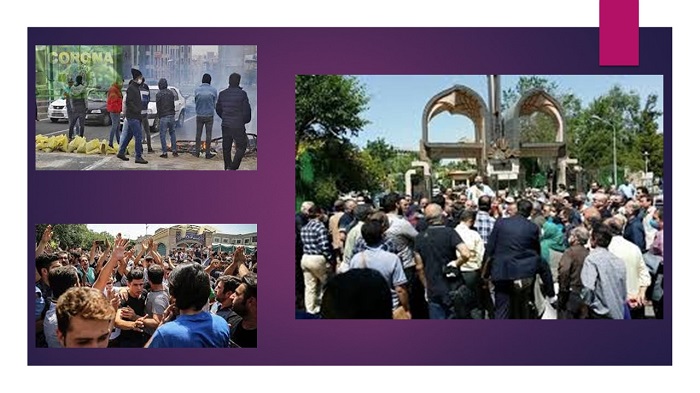 The Iranian regime is running out of time.

The Iranian regime is running out of time. State-run media quickly acknowledges that the current situation in Iran is volatile and it won’t be long before the change will be forced by the people.

The state-run Jamaran website, which normally downplays anything happening in Iran caused by the regime, published an article on May 1st, International Workers’ Day, stating that because Iran has experienced decades of inflation and in more recent years has been grappling with an ongoing economic crisis there are now more workers present in the country while less are occupying the ranks of the middle class. Many university graduates who haven’t wanted to wait too long for jobs that match their qualifications have now joined the ranks of the workers. There have been no proper independent trade unions to represent the interests of this new class of workers only feeble state-run ones that did nothing. This lack of ability to protect their wages and rights and led to a class of workers who only has a small share of the nation’s wealth.

Examples of changes in the value of income since 1979

This income data related to the 12-13 million official workers but there are approximately 5 million workers who have been forgotten and they are suffering much more. Because their employment is classified as unofficial it means their salary is less than official workers. Also, they have no insurance and cannot access welfare payments. So nothing good has happened for workers in the last 4 decades.

Resistance Units continue to send message of hope and revolt across #Iranhttps://t.co/WHn5kB7BeD

Who are the protesters today?

When fuel prices rose suddenly in November 2019 this initiated protests and those who were a part of this protest movement are the unemployed young people of workers. The government started printing banknotes which initiated a wave of out-of-control inflation. This action was all due to the loss of revenue from oil and a 50% budget deficit. When prices rise faster than income this means workers may not even have the cash to buy basic needs so they want answers. The government did nothing and protest movements developed leading to street protests which could only be quelled by violence and imprisonment of protesters.