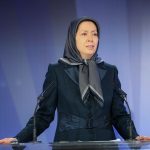 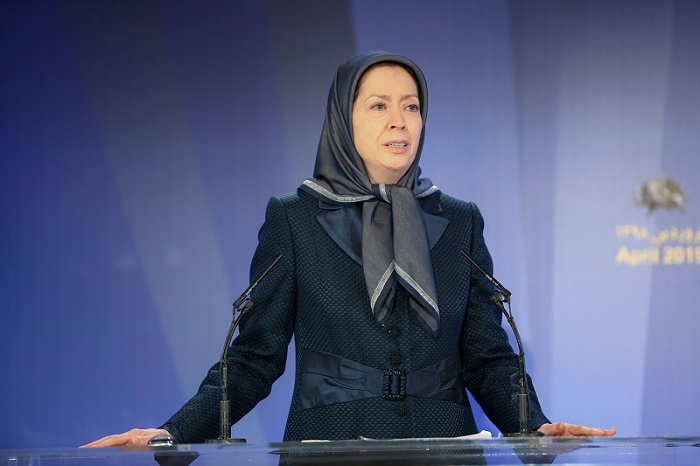 Maryam Rajavi, the President-elect of NCRI

Massoumeh Joshaghani was an experienced nurse who in 1981, during the peaceful demonstration of more than 500000 people in Tehran, not only prepared and provided all the facilities and rooms of the hospital where she worked at but also organized the doctors and staff for the treatment of the protestors after Khomeini’s mandate to open fire on the gathering. She treated and rescued many of the wounded from the regime’s guards.

Massoumeh opened the doors of her house and gave all her resources to Mujahedin-e Khalq (PMOI/MEK Iran). She was arrested in 1982 for supporting the MEK Iran and spent two years in Khomeini’s dungeons of torture and death. She was one of the defiant political prisoners of the era. 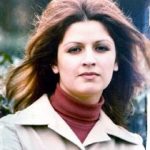 Massoumeh Joshaghani, when imprisoned as a political prisoner, was subjected to torture in the regime’s prisons. She has remained one of the PMOI’s loyal supporters and has contributed significantly to the resistance movement.

The well known and dedicated supporter, Massoumeh Joshaghani, of the MEK Iran, recently died in Paris and has ‘’ left the large family of the Iranian Resistance in grief.’’ She was known well in the 1980s, particularly by women who were imprisoned and anyone associated with the National Council of Resistance of Iran.

Mrs. Maryam Rajavi conveys her ‘’ deep sympathies’’ to Dr. Mohammad-Ali Sheikhi, chairman of the NCRI Universities Committee, and to Maryam, Sara, and Amistis, who have lost a great mother. She also extended her condolences to every PMOI member and the Iranian Resistance family. She says that

‘’everyone in the PMOI and the Iranian Resistance shares the grief of Dr. Sheikhi who has struggled relentlessly for 40 years alongside the Resistance’s Leader Massoud Rajavi and has always adopted admirable positions in defense of the principles of the NCRI.’’

Even though Massoumeh remained in prison for many years, she was a symbol of perseverance and resistance. She published her prison memoirs under the name of Shourangiz.

In memory of Massoumeh Joshaghani and her passion for freedom

On the morning of 25 April 2020, Massoumeh Joshaghani, an avid supporter of the Iranian Resistance as well as a member of a committee of professors died of cancer in Paris.https://t.co/e6l3PzCbAn#IransAngels

Massoumeh tirelessly advocated and defended the PMOI over many years. She was instrumental in defending her sisters and brothers in both Ashraf and Camp Liberty. She often said, “All my soul is with the residents of Ashraf and especially, the sisters who were my cellmates.”

Mrs. Rajavi said ‘’May she rest in peace. I am sure that she will always be remembered for her goodness, purity, and fortitude which are part of the movement’s conscience.’’ She will be missed but her death is just a reminder to the Resistance movement members to continue to lead their fight for freedom which in the end will be won.

‘’We pay tribute to my dear sister, Massoumeh, and her passion for freedom and resistance.’’