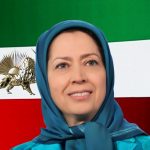 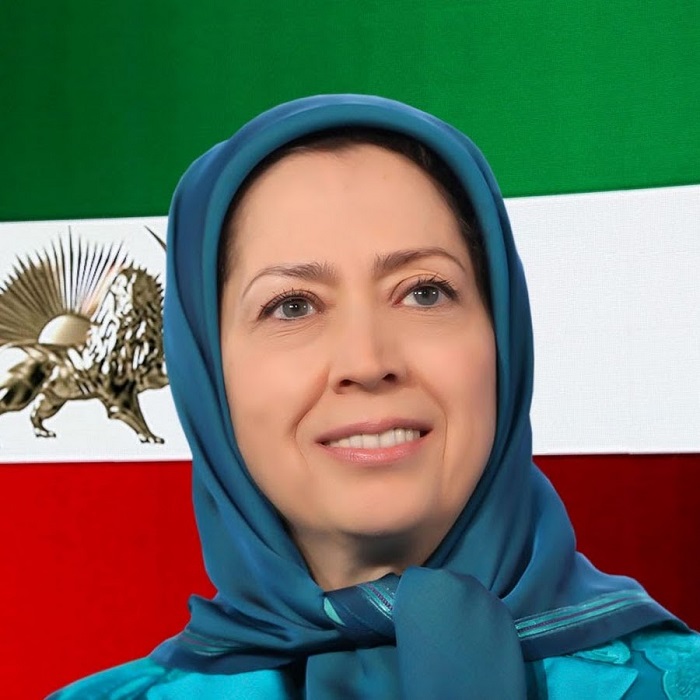 Mrs. Rajavi, the President-elect of NCRI

Mrs. Rajavi continues her speech by pointing out ‘’two issues in parentheses.’’ Firstly, she says that Iran’s population is much smaller than China, India, Indonesia or Bangladesh, while secondly, Iran’s wealth as a nation compared to many countries which are accumulated in oil, gas and mineral resources and the ‘’ donations made to the Imam Reza Shrine in the Astan-e Qods-e Razavi.’’

Back in March 2018, Mahmoud Ahmadinejad, the mullahs’ previous president, stated that the wealth ‘’hogged by foundations under Khamenei’s control amount to some 700 trillion tomans (156 billion USD at the time).’’  At that time the Iranian currency value against the United States dollar was 3.5 times more than it is today. The US dollar in Tehran’s market in those days attracted 4,495 tomans, while today it is around 16,500 tomans.

Mrs. Rajavi clearly stated that the #corona
virus has increased at alarming rates due to fact that the regime leaders’ failure to take any action in January was a deliberate attempt to prevent news of the outbreak from leaking outhttps://t.co/u3dikc68Fn@Iran #MEK @USAdarFarsi pic.twitter.com/lPYU0mFNH0

She says the wealth of the country should mean there should be no shortages, but ‘’the rule of kings and clerics (Shah and Sheikh)’’ has brought about the present situation. It could easily afford to fund the ‘’wages of workers and salaries of government employees for at least the duration of the lockdown period.’’ ‘’It can provide the public with free equipment and medications needed to fight the coronavirus to enable our people to get through this period.’’

The regime failed to fund impact of the virus

She states that it is important to treat infected patients at no cost and the money required to do this should be coming from ‘’Iran’s wealth and resources, which belong to the people of Iran in their entirety.’’ In the meantime, military and skilled industrial facilities should be producing the equipment needed to combat the coronavirus.

Mrs. Rajavi said in her ‘’Nowruz (Persian New Year) message this year’’ that 60 million Iranians were living below the poverty line. This includes ‘’temporary workers, poor farmers, slum dwellers, the unemployed and the hungry.’’ She says that any regime that claims to be Islamic would support the oppressed and would in these difficult times exempt this large number of people from having to pay utility bills. It would also provide much needed ‘’financial, technical and training support’’ to essential food providers such as ‘’farmers, villagers, garden workers, livestock owners’’ and food producers.

These sorts of provisions to help win the coronavirus attack will never happen with the present regime as it is only prioritizing maintaining the current system as it is. The mullahs are ‘’cold-hearted enemies’’ of the Iranian people. Iranians are facing poverty alone while Khamenei and his friends have selected to preserve their degenerate regime as thousands of Iranian’s lives are lost.

Forty years of the mullahs’ rule has dismantled the country’s medical, health and welfare foundations to a large extent, leaving our country and society unable to defend against pandemics. #COVID__19 #Iran pic.twitter.com/TZkk67MsbG

These guardians of the regime are present to suppress the true information about the effect of the virus while stopping outbreaks of protest and revealing the truth.  They are putting the survival of the regime ahead of the health of the people. This won’t last, according to Mrs. Rajavi, ‘’ the criminal mullahs who have dragged the people of Iran into such an abyss of disease and death, will not be able to save their regime.’’

Even the Jahan San’at, the state-run daily, wrote on April 22 is suggesting that that as the economic and social collapse is inevitable discontent will heighten leading to massive protest movements evolving particularly amongst the middle and lower classes. There is now no cure for the failing regime says Mrs. Rajavi. She tells compatriots to now ‘’take their destiny in their own hands.’’

Massoud Rajavi  stated that the deaths caused  by the mullahs’ religious fascism gives us even more reason ‘’to rebel and wage a battle against the regime that is a hundred times more intense, and turn these deaths into the countdown for the regime’s overthrow.” He says some innocent prisoners are ‘’rebelling in the prisons of Khorramabad, Aligoudarz, Mahabad, Adelabad of Shiraz, Saqqez, Ahvaz, Tabriz, Hamadan, and Fashafuyeh in Tehran.’’ Also, the youth and its Resistance Units are spreading hope and rebellion.

‘’Massoud Rajavi’s cry of agony and outrage over the Iranian people’s helplessness, inspires everyone, especially the youth, to rise and rebel, and to unite and express solidarity. Help him lead our wounded country through his qualified leads to the shores of freedom, health, and justice.’’