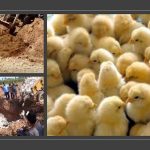 Written by Jennifer Jones-Kelley on April 22, 2020. Posted in NEWS 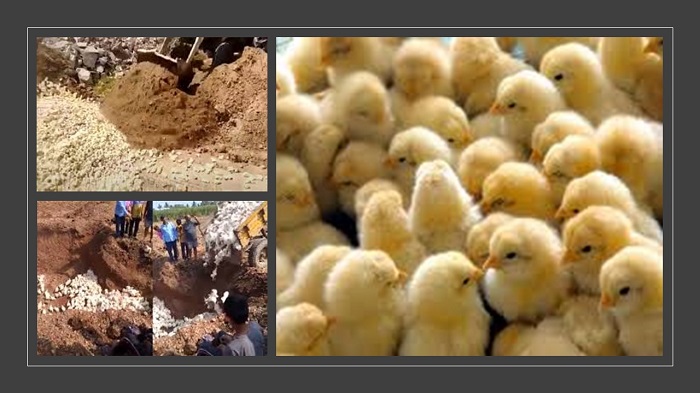 Video footage of millions of baby chicks being buried alive was posted to social media on Friday, sparking public outrage across Iran. The cruel and senseless killing of 16 million day-old chicks was ordered by the regime’s Ministry of Agriculture during a time when the coronavirus epidemic has worsened poverty and left many Iranians starving and desperate.

One Iranian described the problem leading to the mass killing of baby chicks: “Chicken prices have recently decreased. The owner of the poultry feed market raised the prices of grains, which resulted in livestock farmers’ inability [to feed their chickens].”

The high price of chicken feed was most likely due to a nationwide shortage, but the chief of the Iranian poultry association reported that there are several ships loaded with feed currently docked in Iran’s harbors. Regime authorities have refused to allow the cargo to be unloaded.

Chicken farmers faced a two-fold problem. Feed cost more than their chickens were worth, and even if they could manage to pay for grain, it was next to impossible to obtain.

Government-linked financiers raised the price of chicken as soon as the 16 million baby chicks were eliminated from the market, making it even more difficult for Iranians to pay for food. One of the most well-known of these men is Javad Modallal, a billionaire who is closely linked to the IRGC and regime Supreme Leader Ali Khamenei. Modallal benefited from the increase in chicken prices caused by the purge and from the artificial unavailability of grain that caused the imbalance to occur.

The Iranian people were not as fortunate. Many have questioned why the regime did not purchase the chicks and distribute them to the public. This does not appear to have occurred to any of the wealthy individuals making the decisions, despite the fact that people in coronavirus-stricken countries all over the world have started buying live chickens as the price of eggs has gone up and food shortages have become common.

Morteza Rezaei, the regime’s Deputy Minister of Agriculture appeared on state TV on Sunday to justify the elimination of the chicks. He stated that demand for poultry had gone down because of the coronavirus, which caused prices to fall. He neglected to consider that demand went down because Iranians could not afford to buy chicken and eggs and that giving out chicks would be helpful in addressing some of the starvation facing the people.

Regime President Hassan Rouhani chose to ignore the issue entirely and jump straight to suppression, ordering the Ministry of Intelligence and Security (MOIS) to investigate and prosecute those who had “affected the public opinion via publishing these videos online.”

Mrs. Maryam Rajavi, the president-elect of the National Council of Resistance of Iran (NCRI), responded to the shocking video on Twitter:

“The clerical regime is having hungry chicks buried alive. This is an unforgivable crime emblematic of the mullahs’ immeasurable atrocity in massacring Iran’s children and nature. Now, they are sending the people of Iran to their deaths by lifting protective measures.”

“The mullahs are annihilators of Iran’s economy and its human and material resources. Their answer for throngs of hungry people was burying 16 million young chickens, even as ships loaded with bird seeds are in the docks, and many people are surviving only on dry bread and water.”