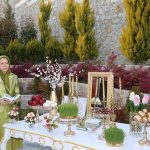 Maryam Rajavi’s Message on the Occasion of Persian New Year

Written by Mohsen Aboutalebi on March 21, 2020. Posted in NEWS 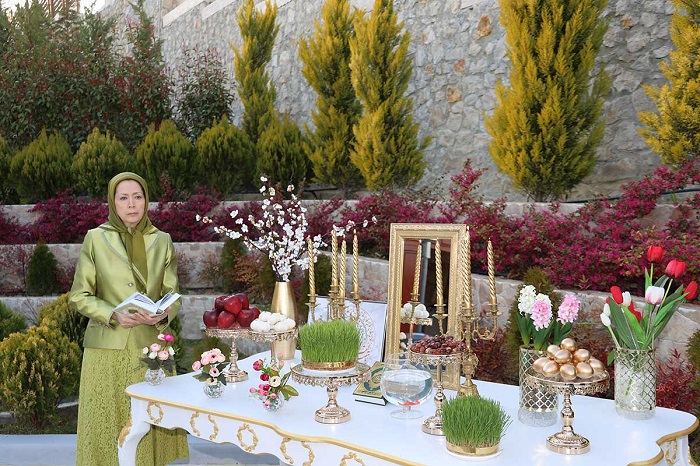 Paying tribute to the martyrs of the November 2019 uprising, on the event of Nowruz, the Iranian New Year, Maryam Rajavi, the President-elect of the National Council of Resistance of Iran (NCRI), sent a message to the Iranian people expressing her congratulations.

In her message she said:

“At the outset of (the Persian New Year) 1399, and before all else, we pray that God Almighty protects the people of Iran from Coronavirus. The ruling mullahs are directly responsible for the spread of the virus.

We pray for God’s mercy on the innocent people who lost their lives.

We pray for the speedy recovery of our fellow citizens across the country, low-income sectors and those whose livelihood has been plundered by the mullahs and the IRGC.

We pray that Coronavirus and a worse calamity, the mullahs’ religious dictatorship, are uprooted in Iran and that this bitter era, which has made our hearts bleed, comes to pass.” 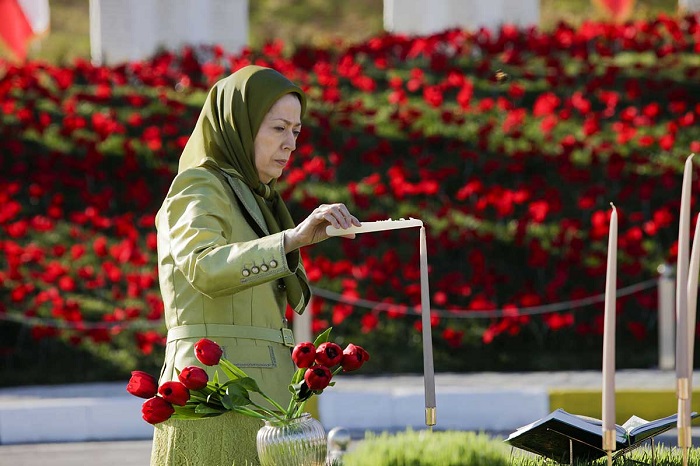 Maryam Rajavi lightens the candles on the Iranian New Year

Coronavirus will doom the mullahs

“Ominous Coronavirus spread across the nation, taking many lives and tearing apart many families.

What do these three particular developments signify?

They signify that the mullahs do not want Iran, and Iran and all Iranians do not want the mullahs; the mullahs are incapable of running this country, and they cannot and must not rule Iran any longer, and the people of Iran will no longer tolerate this regime.

So, the time has come to rise up, to rebel, to revolt, and to tear asunder the chains and open the prisons…

The mullahs must go.

The people of Iran pay a heavy price as they have always done, but this time, the Coronavirus will doom the mullahs.”

Regarding the 2019 nationwide protests, the President-elect of NCRI said:

“The November 2019 uprising delivered devastating blows to the mullahs’ decadent regime. Mojtaba Zolnouri, Chair of the National Security and Foreign Policy Committee of the mullahs’ parliament, acknowledged that the regime faced 147 clashes on Sunday, November 17, in Tehran, alone, and in 800 locations throughout the country just in one day, which included IRGC and Bassij bases, police stations, governorates and seminary schools which rebellious people and youth had overtaken.

The regime officials’ explicit admissions, therefore, prove that they faced a nationwide anti-regime fighting force during the November uprising which they can never eliminate.

The hollow invincibility of the Revolutionary Guards crumbled and people believed in their own power. The strategy that relied on Resistance Units and rebellious cities was vindicated. Everyone saw with their own eyes that Resistance Units offer a breakthrough and are a beacon for uprising and freedom, and for the rebellious and defiant generation.” 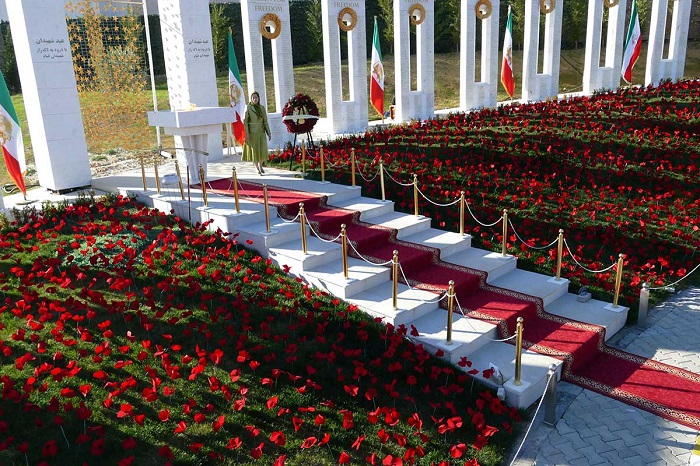 Coronavirus is a political issue

Stating that the Coronavirus crisis in Iran is deeply political, Maryam Rajavi added:

“Today, when we review the regime’s approach since the outbreak of the virus in Qom, it becomes clear that the current crisis is actually not a medical issue in Iran, but a profound political problem.
The epidemic could have been seriously contained at the outset with much fewer fatalities, provided that the regime had given priority to people’s health instead of preserving its grip on power. Yes, this crisis is political in nature because the mullahs opened the way for the deadly spread of the virus to preserve their own rule.”