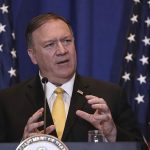 New Sanction on Iranian Regime by the US, Calling the Regime Source of the Coronavirus Outbreak in Iran

Written by Mohsen Aboutalebi on March 19, 2020. Posted in NEWS 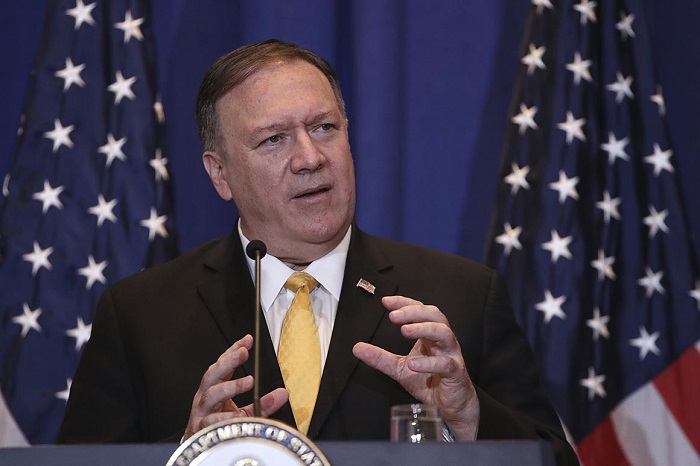 US Secretary of State, Mike Pompeo

Last Tuesday, the United States imposed new sanctions on the Iran regime and asked the mullahs to release detained Americans, amid the coronavirus outbreak.

The sanctions were announced by Mike Pompeo, the U.S. Secretary of State, during a press conference blacklisting nine entities based in Hong Kong, China, and South Africa, as well as three Iranian individuals, for engaging in “significant transactions” to trade in the Iranian regime’s petrochemicals.

.@SecPompeo comments on the Iranian regime’s misinformation campaign surrounding the Virus that originated in Wuhan and describes ways the United States continues to try to help the people of Iran. pic.twitter.com/9eekimqxCW

“The Department of State is today also sanctioning nine entities based in South Africa, in Hong Kong, and in China, as well as three Iranian individuals, all for knowingly engaging in significant transactions for the purchase, acquisition, sale, transport, or marketing of petrochemical products from Iran, the world’s largest leading state sponsor of terror,”

In another development, the U.S. Commerce Department said it will add six people – including five Iranian nuclear scientists – and 18 corporations to the U.S. “Entity List” for aiding Iran’s nuclear program, Pakistan’s unsafeguarded nuclear and missile programs, and Russian military modernization efforts.
The US Secretary of State asked the Iranian regime to free U.S. citizens it has detained because of the coronavirus outbreak.
In this regard, he said:

“I also want to call attention to the Iranian regime’s disinformation campaign surrounding the origination of the Wuhan virus. Instead of focusing on the needs of the Iranian people and accepting genuine offers of support, senior Iranians lied about the Wuhan virus outbreak for weeks.”

The US Slaps New Sanction on Iran Regime, Calls It the Source of the Coronavirus Outbreak in Iran#Iran #coronavirus https://t.co/ROkFBunBKk

“In the spirit of humanitarian gestures, the United States also continues to call on Iran to immediately release all wrongfully detained Americans being held inside of that country. We will continue to hold the regime responsible for its terror and we will continue to assist the Iranian people.”

In a bid to whitewash their mismanagement in the spread of coronavirus in Iran, the mullahs are blaming the sanctions for the crisis, while food and medication had not been sanctioned from the first place.