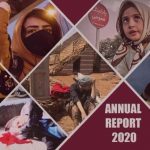 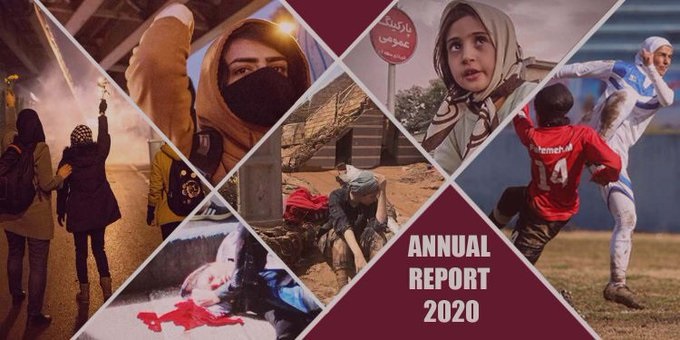 On the day before International Women’s Day 2020, the Women’s Committee of the National Council of Resistance of Iran (NCRI) published its annual report into women’s rights in Iran over the past 12 months.

It advised that as Iranian women took further steps towards equality for themselves and their country, the regime cracked down harder.

We declare #IWD2020 , the day of Women Martyred in the #Iran Uprising in November 2019 #InternationalWomensDay pic.twitter.com/MiseuQQmIv

In this report, released Saturday, the NCRI Women’s Committee addressed many areas of concern regarding the rights of Iranian women, including:

“The oppression of women is taking on new dimensions. The rights of nurses, teachers, and religious minority women continue to be ignored and violated. Women and their children are the prime victims in the earthquakes and floods, abandoned without any form of government support. And women are discriminated against more than ever in the job market, in education, arts, music, sports, etc.”

It then spoke about poverty, which affects 80% of Iranians, and how this falls more heavily on women because they face several restrictions on education and employment. They might be banned from some classes or jobs, require permission from their closest male relative in order to work or study, or even be prevented from participating because they are doing the lion’s share of child-rearing.

As you might imagine things are much worse for girls who are married off young, who have no hope of continuing their education or finding a job. This is the reason that Iran is seeing more young women who are home, Brendon, addicted to drugs, prostitutes, or victims of suicide.

However, Iranian women are continuing to rise up, according to the report. Detained human rights defenders are still using “every opportunity” to expose the regime’s crimes, support protests, and reveal the conditions of arrested protesters.

On the occasion of the 8th of March, #InternationalWomensDay #8mars #IWD2020 pic.twitter.com/uXJTl3tfv7

“Iranian women have become more outspoken, spearheading the protests and uprisings. They were so effective in leading two nationwide uprisings in the past year that the authorities were compelled to acknowledge their role in the protests. The brave women of Iran are fighting not only for their own freedom but for the freedom of all Iranians. They lead the struggle of Iranian people towards freedom and equality, and their unflinching resolve will eventually realize this goal.”