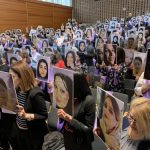 Written by Amineh Qaraee on March 2, 2020. Posted in NEWS 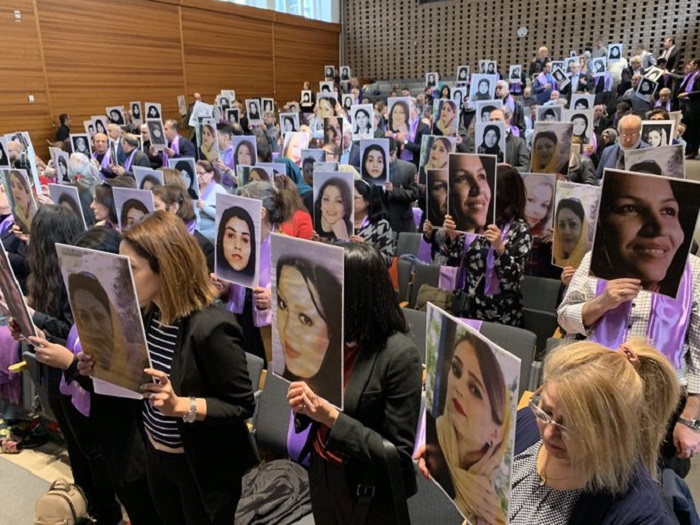 ”On behalf of the Iranian people and Resistance, and in the name of my martyred and captive sisters, I declare 2020 International Women’s Day as the Day of Women Martyred in the Iran Uprising in November 2019,” said Mrs. Rajavi.

Iranians and supporters of the People’s Mojahedin Organization of Iran (PMOI / MEK)  gathered in Stockholm, Sweden, ahead of International Women’s Day to focus on the issue of women’s rights in Iran.

The event was attended by political figures and women’s rights activists from across the world, including former Colombian presidential candidate Ingrid Betancourt and chairwoman of the National Council of Resistance of Iran’s (NCRI) Women’s Committee Sarvnaz Chitsaz.

NCRI President Maryam Rajavi sent a video message to this conference, in which she declared, on behalf of all Iranians and their Resistance, that this International Women’s Day is

“The day of women martyred in the Iran uprising in November 2019”.

I hail the resistance of our courageous sisters and daughters in the ranks of Resistance Units. I hail the admirable perseverance of our female political prisoners. And I call on you, my dear sisters, to expand your efforts in support of the uprisings and Resistance Units #Iran pic.twitter.com/lpz48O7AKO

Rajavi then began to speak about the vital role that women had played in the four decades of struggle against the regime, noting that thousands of women, mainly from the People’s Mojahedin Organization of Iran (PMOI/MEK), have sacrificed their lives to fight the mullahs since the early 1980s. This includes Ashraf Rajavi, Zohreh Gha’emi, Giti Givehchian, Saba Haft-Baradaran, and Assiyeh Rakhshani.

She advised that their spirit lives on in the courageous women who are at the front lines of the resistance units and are ready to overthrow the regime. These women are such a threat to the mullahs, that the regime has repeatedly talked about the role of young women in the uprisings of November 2019 and January 2020.

Rajavi said: “The more significant truth, however, is that these vanguard women, who are at the forefront of the struggle for regime change, will ultimately bring down the religious fascism. By relying on the selfless endeavours of their pioneers, the Iranian people are pursuing a plan to liberate Iran. This plan can be summarized in four words: Freedom, democracy, equality, and emancipation.”

She explained that women must have the right to equal participation in political leadership, something that the people want, the Resistance enacts, and Iran will soon see come to pass.

She then spoke about the major crises facing the Iranian regime right now, including:

Rajavi said: “The mullahs’ regime is besieged by mounting social protests. The Iranian people rejected Khamenei through their resounding NO to the mullahs’ most scandalous election farce. And the inclusion of the regime in FATF’s blacklist has put the mullahs in a financial stranglehold. Iraq, which Khamenei had declared as the regime’s strategic depth has seen the eruption of a major uprising against its Iranian-proxy rulers. The brave women of Iraq are also playing an important role in those protests.”

However, the most serious right now is the coronavirus outbreak that has killed over 1000 in Iran alone, which the regime is trying to keep quiet about. Rajavi urged all hospital staff to publicize information quickly, in defiance of the regime, to save lives. 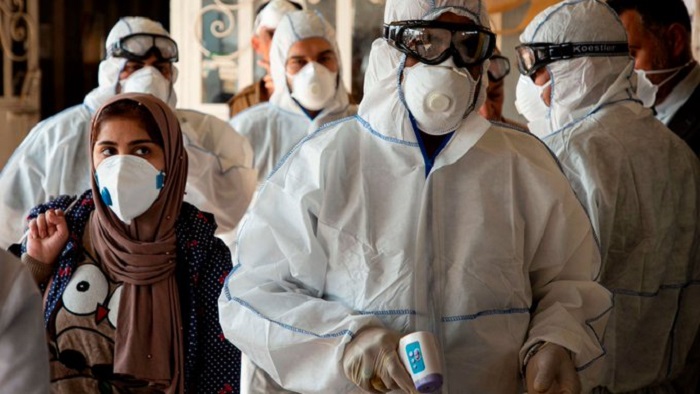 The most serious right now is the coronavirus outbreak that has killed over 1000 in Iran alone, which the regime is trying to keep quiet about. Rajavi urged all hospital staff to publicize information quickly, in defiance of the regime, in order to save lives.